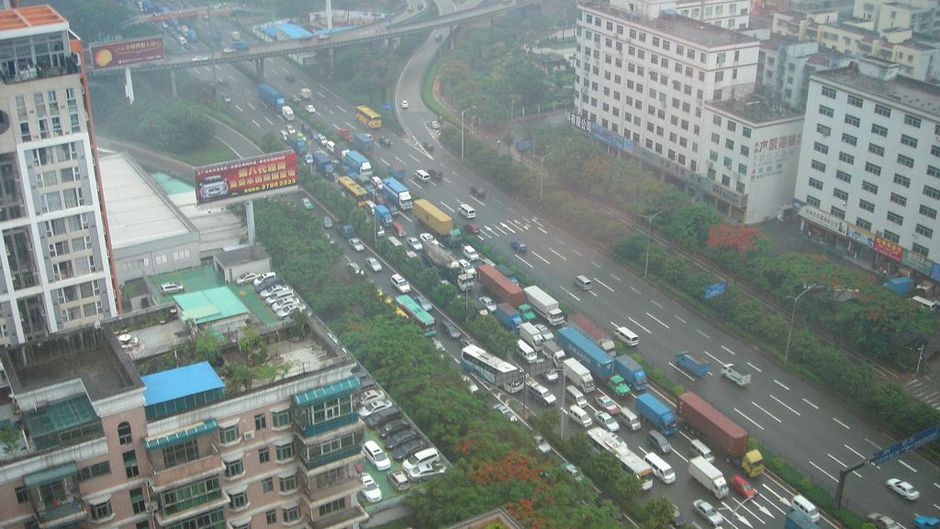 The Chinese government has announced plans to take up to 6 million vehicles that don’t meet emission standards off the roads by the end of the year, in a bid to reduce the country’s air pollution problems.

The move is part of a plan published by China’s cabinet, the State Council, which outlined emission targets for a number of industries over the next two years. The State Council said that some pollution targets are not being met for the 2011-2013 period and that action needs to be stepped up.

China is facing a “tough situation” in hitting its targets for energy and emissions for 2015, Xu Shaoshi, Chairman of the National Development and Reform Commission was quoted by state media.

One fifth of the vehicles to be scrapped will be in the northern regions of China, which have been the worst hit with air pollution. Hebei province, where seven of China’s smoggiest cities are located, has been ordered to scrap 660,000 cars that don’t meet emission standards. Up to 333,000 will be taken off the roads in the capital Beijing and 160,000 in Shanghai.

More vehicles will be scrapped next year with up to 5 million being removed from the roads of highly developed regions including the Yangtze River Delta, the Pearl River Delta and the smog-choked region of Beijing-Tianjin-Hebei.

“Strengthening control on vehicle emissions will be a major agenda item for the country’s energy savings, emissions reductions, and low-carbon development during the next two years,” the plan said.

According to the state news agency, Xinhua, removing these older vehicles from the roads will help China to meet some of its green targets such as reducing energy consumption, and will also help to reduce emissions of sulfur dioxide by 2 percent a year and emissions of nitrogen oxides by 5 percent per year.

The Ministry of Environmental Protection said that 7.8 percent of cars on China’s roads do not meet the minimum national standards. According to figures published by Xinhua, 31.1 percent of air pollution in Beijing comes from vehicle exhaust emissions.

A number of Chinese cities have started restricting vehicle licenses as a way of reducing car use. The city of Hangzhou recently restricted the number of new car licenses it issues and will only issue new plates via an auction and lottery. The cities of Beijing, Shanghai, Guangzhou, Guiyang and Tianjin also limit the number of new vehicles registered each year.

According to the plan issued by the State Council, the government will also reduce coal consumption and introduce more green technologies. Xu Shaoshi was quoted in state media saying that a report will be published monthly on how regions are carrying out energy reductions.

The State Council also issued guidelines to increase food safety. In a statement, it said that there will be more measures taken to deal with soil and water pollution. There will also be punishment for those who are found to be using banned pesticides.

Tackling pollution has become a top priority for the Chinese government. Years of rapid economic development have left the country with high levels of air, soil and water pollution.

The often hazardous levels of air pollution in some cities regularly make headlines worldwide. While a recent government report estimated that 20 percent of the country’s farmland is polluted and the land and resources ministry has said that nearly 60 percent of groundwater is polluted.

Shanghai-based journalist is a Guardian environment blogger and also reports for Scotsman and Al Jazeera.