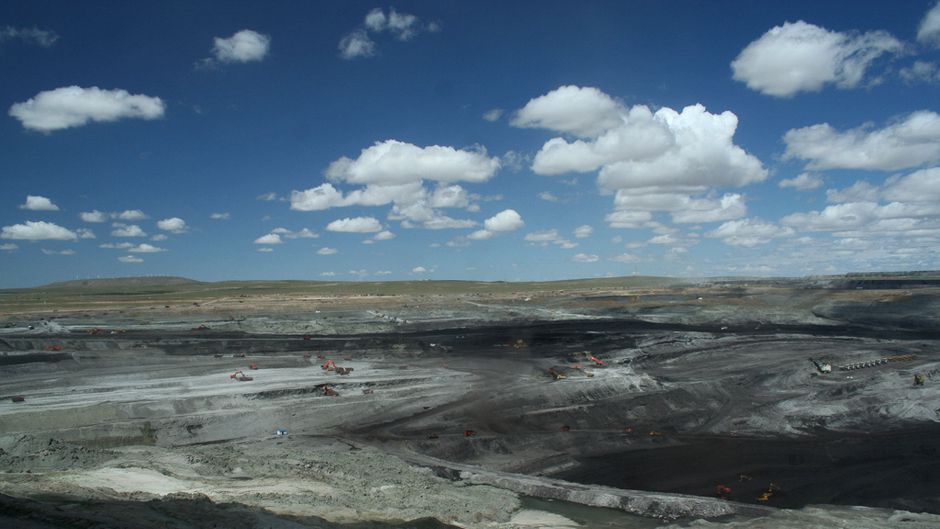 China’s coal use fell by nearly eight percent in the first four months of 2015 versus the same period in 2014, according to analysis by Greenpeace’s Energydesk team. Given China’s aggressive commitments to slash urban air pollution levels and reverse carbon pollution trends, we may have witnessed the peak in Chinese coal consumption years ahead of schedule. That would be another climate and clean energy game changer.

As we reported last year, the Chinese government said in November it would cap coal use by 2020. That announcement came quickly after the breakthrough CO2 deal Chinese President Xi Jinping announced with United States President Barack Obama in November that “China intends to achieve the peaking of CO2 emissions around 2030 and to make best efforts to peak early”. 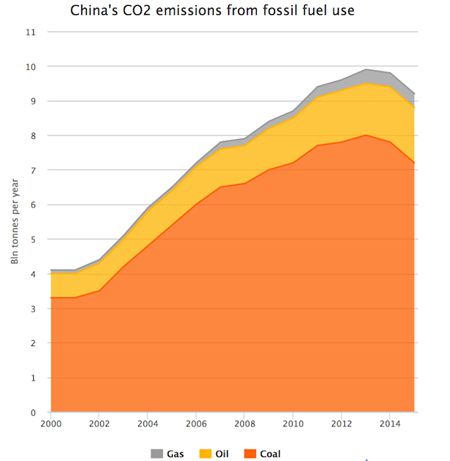 China’s coal use (dark orange) has dropped sharply since 2013, according to analysis of government data by Greenpeace/Energydesk China.

The italicized “language was critical and we should assume it was not issued lightly,” as Melanie Hart, director for China policy at the Center for American Progress, told me in February. “It suggests that Chinese leaders are open to making even more ambitious climate moves if the economics allow, and this new data suggests that the economics are looking very good indeed.”

China has known for a while it could peak in CO2 before 2030, but officials apparently weren’t quite ready to make public a specific earlier date like, say, 2025. Hart points out that “most models indicate that China’s carbon dioxide emissions will peak about ten years after coal” (see discussion here). It will be interesting to see whether China drops any hints about a CO2 peak in 2025 in the negotiations leading up to the Paris climate summit.

China appears to be accelerating some of its air quality and coal phase-out deadlines. Reuters recently ran a story, “Beijing promises coal-free power by 2017 to fight pollution.”

Certainly Chinese government statistics need to be viewed with caution, and, as Hart explains, “to be sure, there have been adjustments before, so we should hold off on judging whether coal has peaked until we see sustained trend.”

On the other hand, given the scrutiny China is under now, a number of analysts say it is reasonable to have higher confidence in these numbers now. Hart notes that is particularly true of the industrial coal numbers because the Chinese “have an official plan to shut down heavy industry.”

“There’s a must-close-down list and they are really making it harder for those plants to operate,” she said in an email. “Formerly local government could just hide them but now it’s getting much harder. The critical thing now is the party is 100 percent convinced that the old heavy industry model will run them into the ground (no room for more growth, consumes too much energy, too much air pollution).”

On the electricity side, there are so many substitutes available for coal power — nuclear, hydro, natural gas, solar, wind — the carbon free sources have been engaged in a real race to see who wins. As of 2013, wind power is on top, as Forbes reported earlier this month. 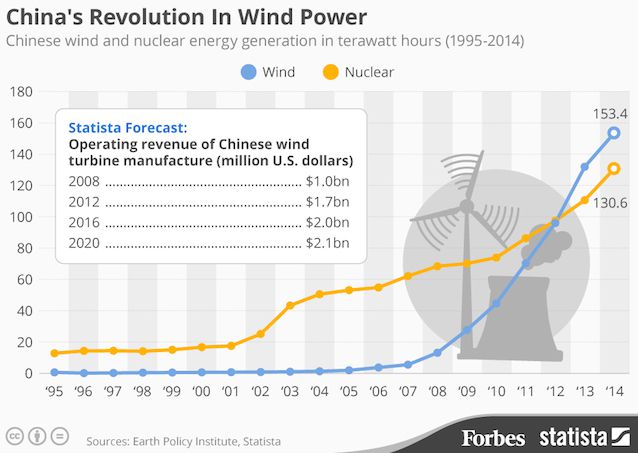 China’s shift toward carbon-free energy and away from coal is a game-changer. EnergyDesk notes of the four-month drop in coal use, “If the reduction continues until the end of the year, it will be the largest recorded year-on-year reduction in coal use and CO2 in any country.”

Back in 2009, Climate Progress predicted “that US energy-related carbon dioxide emissions will never exceed 2007 levels. We have peaked.” That seems increasingly likely to be an accurate call. It may be a tad early to make the same call about China’s coal use, but it looks more and more like China’s coal use is unlikely to significantly beat 2013 levels. And that would substantially improve our chances of stabilizing global atmospheric carbon dioxide at non-catastrophic levels.