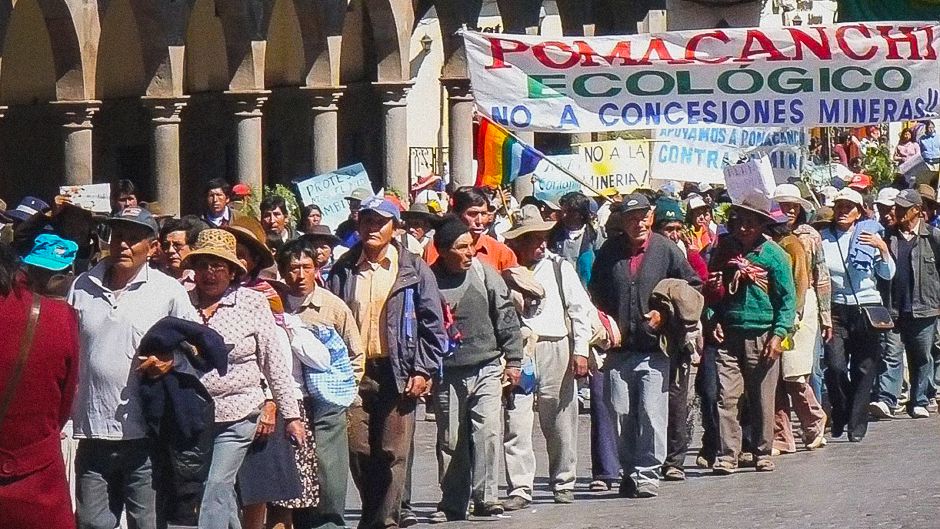 Amazonian forest cleared in Ecuador, a mountain levelled in Peru, the Cerrado savannah converted to soy fields in Brazil and oil fields under development in Venezuela’s Orinoco belt.

These recent reports of environmental degradation in Latin America may be thousands of miles apart in different countries and for different products, but they have a common cause: growing Chinese demand for regional commodities.

The world’s most populous nation has joined the ranks of wealthy countries in Europe, North America and East Asia that have long consumed and polluted unsustainably. This has led to what author Michael T Klare calls “a race for what’s left” and its impact is particularly evident in the continent with much of the untapped, unspoiled natural resources.

Even more than Africa, Latin America has become a major focus of Beijing’s drive for commodities. A study last year by Enrique Dussel Peters, a professor at the National Autonomous University of Mexico, found that the region has been the leading destination for Chinese foreign direct investment — mostly for raw materials and by big government-run companies such as Chinalco and CNOOC.

Since the 2008 financial crisis, China has also become the main lender to the region. In 2010, it provided US$37 billion (£24 billion) in loans — more than the World Bank, Inter-American Bank and the US Import-Export Bank combined. Most of this has gone to four primary exporters — Venezuela, Brazil, Argentina and Ecuador — for mining or transport infrastructure.

The economic benefits have been enormous. Trade between China and Latin America was just US$10 billion in 2000. In 2011, it had surged to US$ 241 billion. While the distribution has varied enormously from country to country, this helped Latin America avoid the worst of the financial and economic crises that gripped much of the developed world and provided extra revenue for poverty alleviation programmes that have eased the region’s notorious inequality. It also played a major part in bolstering left-leaning governments that are seeking an alternative to neo-liberal prescriptions from Washington and Wall Street.

Venezuela and Ecuador, which have been unable to access international capital markets since defaulting, have received hefty loans from China. Argentina is seeking similar treatment.

But giving up one kind of dependency can lead to another. Repayments to China are guaranteed by long-term commodity sales, which means a commitment to push ahead with resource exploitation — often with dire consequences for the environment and indigenous communities.

“China is shopping worldwide for natural resources. We’re in the midst of a process of commodity accumulation by them. In that context, they lend money to Ecuador and the government pays with oil through anticipated sales. We have committed sales to them up until 2019,” said Alberto Acosta, who served as energy minister but has since challenged the government of President Rafael Correa. He estimates his country’s debts to China at US$17 billion.

The lopsided nature of China-Latin America trade is also questioned because while it is good in terms of GDP quantity, it has not been so beneficial in developmental quality. Commodity suppliers are delighted at the Chinese demand for their exports, but manufacturers complain of a flood of cheap Chinese imports that undermine their competitiveness.

The Brazilian president, Dilma Rousseff, wants to change the nature of her country’s relationship with China by putting more emphasis on science, technological and educational cooperation as well as soy, iron and oil. This follows signs that Brazil’s recent economic growth masks a de-industrialising trend as primary producers account for a rising share of GDP.

Mexico, which has fewer commodities to sell but a big domestic market, has made some of the sharpest criticisms of the trend, albeit in private.

“We do not want to be China’s next Africa,” Neil Dávila, head of ProMéxico, a foreign trade and investment promotion agency, was quoted as saying in a diplomatic cable released by WikiLeaks. “We need to be owners of our own development.”

Pollution and heavy resource extraction are not new to Latin America, which has been carved up and exploited since the arrival of Christopher Columbus and Vasco de Gama. Nor are the Chinese state firms necessarily any worse than private western companies (Chevron faces a US$19 billion lawsuit for its pollution of the Ecuadorean Amazon), but they are an additional source of pressure on a region that already looks strained by the environmental weight of the world.

This article was originally published by the Guardian on 26 March 2013.