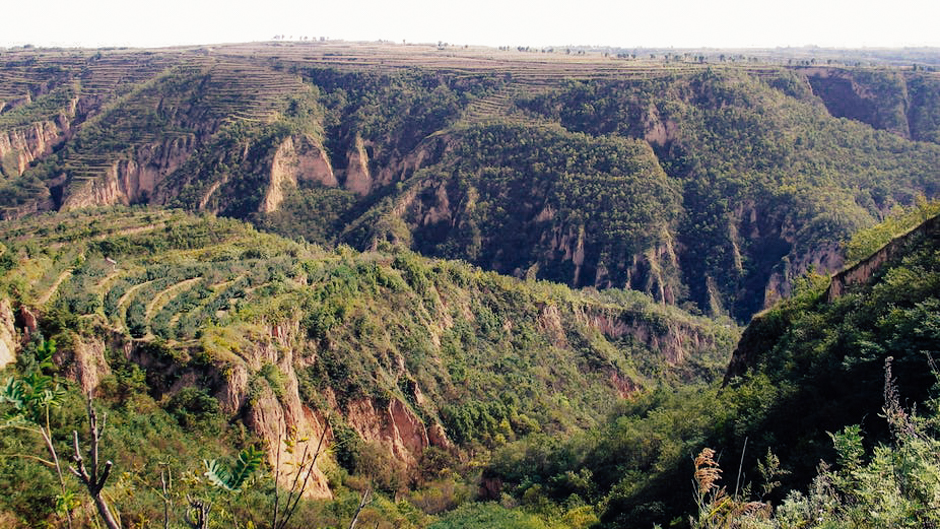 For the first time, China has hosted a major global event on desertification and land degradation, COP13 — the 13th meeting of the Parties to the United Nations Convention to Combat Desertification. The event took place in Ordos, in Inner Mongolia, a region known for its water-limited environments.

Such areas (commonly referred to as drylands) occupy about half of the planet and are often sensitive and prone to change because of limitations in water and extreme temporal variability in rainfall. Drylands are home to more than a third of the world’s population.

China has successfully implemented various afforestation programmes over the years to make drylands viable for its economy, and will continue until 2050. But, while planting more trees will further reduce discharge, it will also make China’s water crisis worse, as more trees need more water to grow.

China produces food for a fifth of the world´s population with only 7% of the world’s arable land, as 65% of its cultures are situated in the dryland region of northern and north-western China. The Loess Plateau is part of this dryland region, an area of the size of France. Loess is a wind-blown sediment, transported by wind from the Gobi desert for millenia.

The Loess Plateau is the cradle of the Chinese civilisation because the soils formed on the plateau are very fertile and easy to farm. But loess soils are extremely prone to erosion by water and wind. Centuries of mismanagement resulted in degenerated land and in huge sediment loads in the Yellow River. It’s estimated more than two thirds of the Loess Plateau region is affected by soil erosion. Up to three gigatonnes per year of sediment load was observed in the Yellow River in the late 1950s.

To control this soil erosion, various soil conservation programmes consisting of terracing, construction of check dams, and vegetation restoration, notably afforestation, have been implemented by the Chinese government since the 1950s.

Forests were not just established to minimise soil erosion by water but also to combat land degradation in northern China, a plague that significantly reduces the amount of farmland and thus threatens sustainable regional development.

The Three North Shelterbelt project — better known as China’s Great Green Wall — was established in 1978 to increase the forest coverage rate in the Three North Region (an area of 1.48 million km2) by up to 15% by 2050. But, while soil erosion and the sediment load of the Yellow River have decreased, the water discharge of the river, the third largest in Asia, has significantly declined.

This may impact China’s food security because agriculture is by far the largest water consumer in the Yellow River Basin, accounting for 80% of total withdrawal. During 2000–2010, the mean annual discharge was only 60% of that of the average values from 1950 to 1999.

Afforestation has also had an important impact.

The forest cover in the Loess Plateau was 6% in 1949, and increased to 26% in 2010. This increase has largely contributed to the decline in water resources in northern China because forests evaporate more water than other land covers. And the newly established forests develop generally more slowly due to water shortage, are prone to diseases, and show poor vegetation stability.

As droughts and floods are projected to be more frequent and more intense, the increasing demand for water in a growing society will further threaten water and food security, increasing social vulnerability and instability in China’s drylands regions.

To prevent further decline in water resources, China needs to establish an integrated management of forests, land and water. Implemented measures should be tailored to local environmental conditions. For instance, there should be no afforestation in regions with rainfall less than 450mm per year.

For such drought-prone zones, the establishment of grassland would be a better solution because it stabilises the soil while also ensuring the recharge of depleted water resources. Introducing native tree species that use less water or the establishment such as the Savannah-like forests, which have fewer trees, can also ease drought conditions.

Changing the forest structure of the existing plantations by changing the tree species’ composition or thinning (fewer trees), increases the stability of the forests and will help to reduce their water consumption. Finally, natural re-vegetation should be promoted because it creates more stable forests.

The Chinese government plans to invest US$9.5 billion in afforestation on the Loess Plateau by 2050 but China needs to learn the lessons from its past efforts to fight soil erosion. A more sustainable way of reducing land degradation would be to establish management approaches that can ensure synergies among environment, economy, and society.

Kai Schwärzel is an Academic Officer at the UNU Institute for Integrated Management of Material Fluxes and of Resources where he leads the Soil and Land-use Management unit.