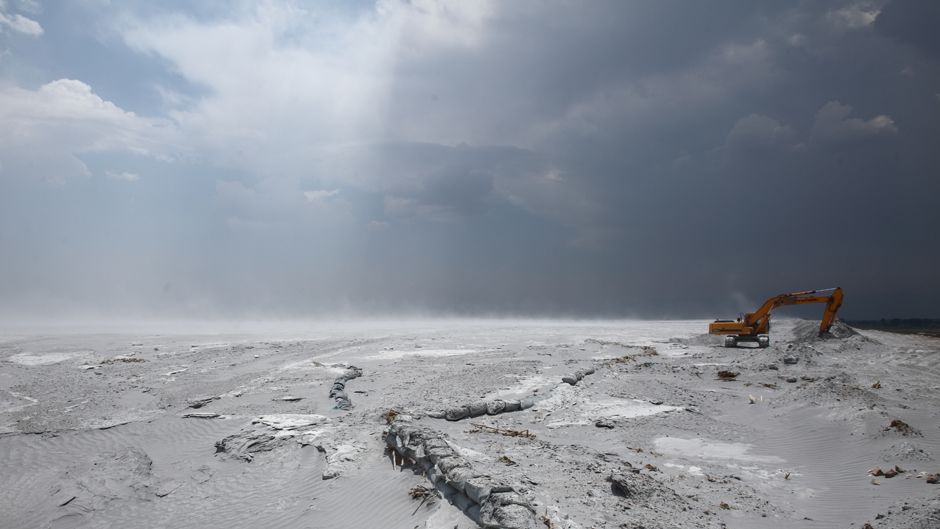 As all the world knows (and as many in industrialized countries like to reiterate when called upon to help reduce emissions) China’s major cities have been suffering high levels of air pollution for some time now.

According to a new Greenpeace briefing report — entitled “The End of China’s Coal Boom” — in 2013, 92 percent of Chinese cities failed to meet national ambient air quality standards. Coal burning contributes almost half of the country’s PM2.5 pollution (fine particulate matter with an aerodynamic diameter of less than 2.5 μm). Yet construction of new coal-fired plants and factories did not abate. Hardly surprising considering China is the world’s largest energy consumer (and the leading emitter of greenhouse gases). In 2013, coal accounted for 65 percent of China’s overall energy consumption, making it the most coal-dependent country among top energy consumers. According to the Greenpeace report, the country accounts for almost half of global coal consumption. Which explains why over half of the world’s CO2 growth in the past decade is attributed to China’s coal use, as seen in this graphic.

But in 2013 Beijing and other major Chinese cities experienced many “Airpocalypse” episodes during which air pollution levels soared spectacularly and public concern mounted, creating intense pressure on the government to change the country’s heavily coal-dependent approach. In its September 2013, “Airborne Pollution Prevention and Control Action Plan”, the Chinese government recognized that indeed, significant reductions in coal consumption were necessary.

“For the first time, the plans introduce coal consumption caps for provinces. Furthermore, many provinces are now committing to reverse the trend of rapid growth in coal use and cut their coal consumption overall in just four years. No other major coal consuming country has ever implemented such rapid changes in their coal policies,” notes the Greenpeace report.

“To date, the proposed coal control measures are ambitious. If achieved, the measures will not only fundamentally shift the coal consumption trajectory of the world’s largest coal consumer, but also significantly re-shape the global CO2 emission landscape.”

While it is always prudent to be realistic about such hopeful news, perhaps China’s theme for this past week’s Earth Day — Declare War on Pollution — can be interpreted as confirmation that they are dead serious on this issue.

Here are the six facts around which the briefing report centers, as well as some very informative infographics. 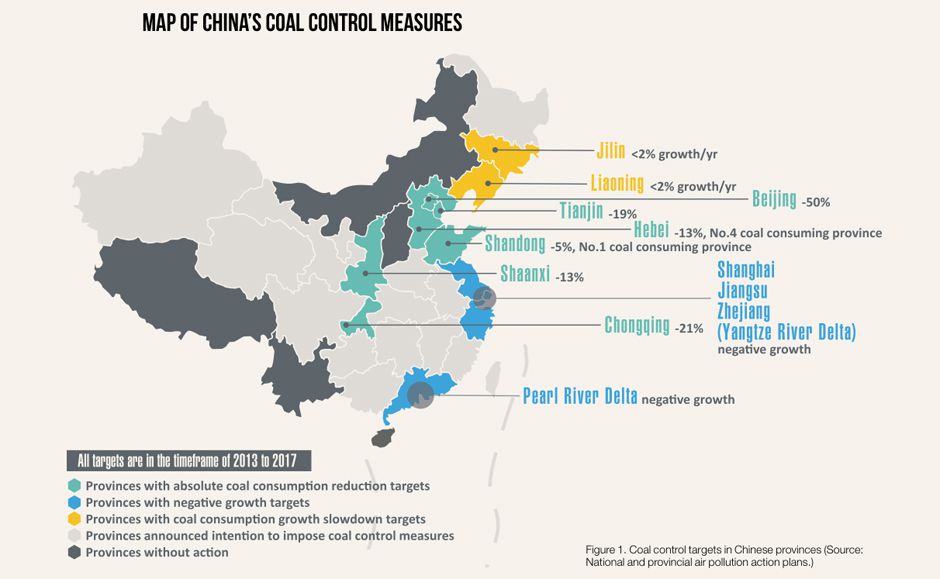 Collectively, the coal control measures imply a reduction in coal consumption of approximately 350 million tonnes (MT) by 2017 and 655 MT by 2020, compared with business-as-usual growth. This translates into an estimated reduction in CO2 emissions of about 700 MT in 2017 and 1,300 MT in 2020. 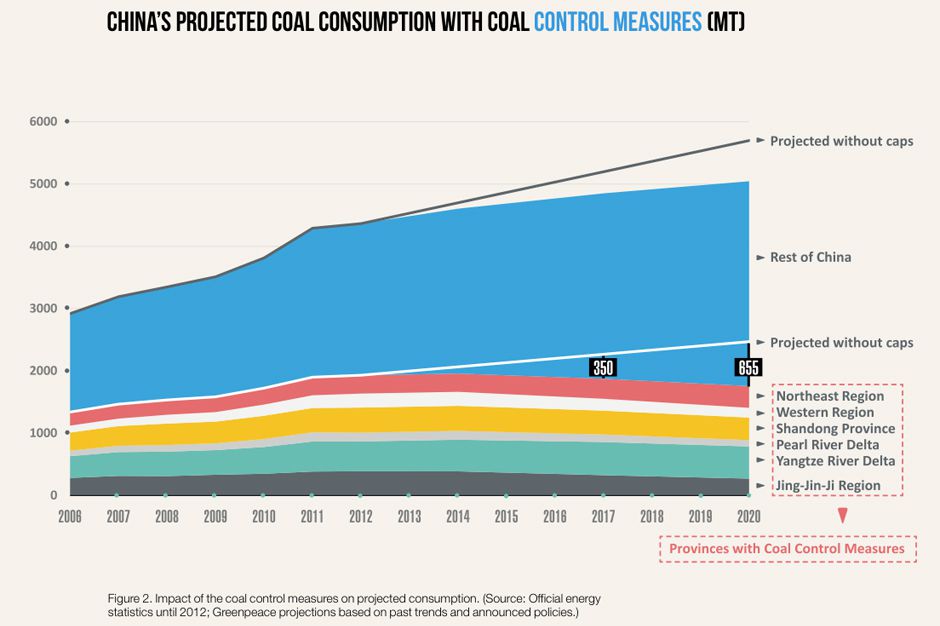 The major slowdown in coal consumption trends opens up a window of opportunity for peaking global CO2 emissions. Implementing the coal control measures could put China’s emissions almost in line with a 2 degrees trajectory. 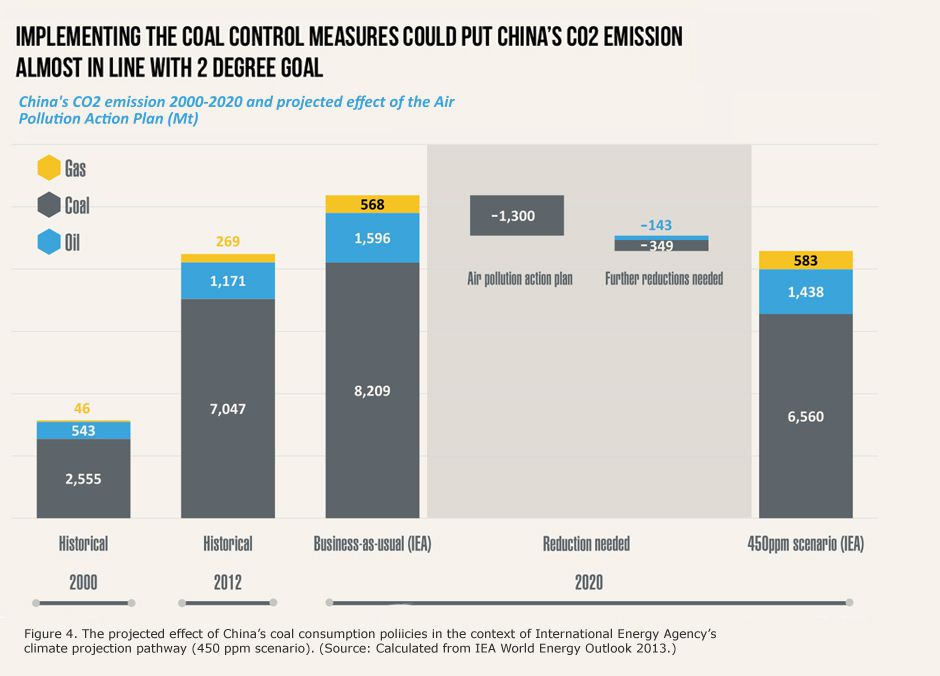 China’s coal consumption has already slowed down recently, with a number of key provinces seeing absolute consumption decreases in 2012. 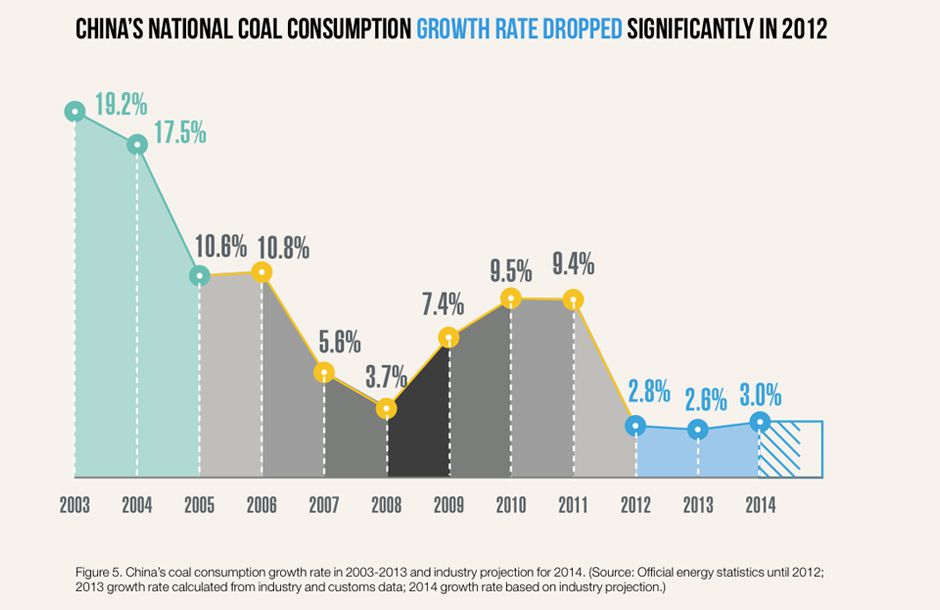 In magnitude, the scale of emission reductions resulting from coal control measures compares to or exceed the efforts of the other top two polluters — European Union and the United States. 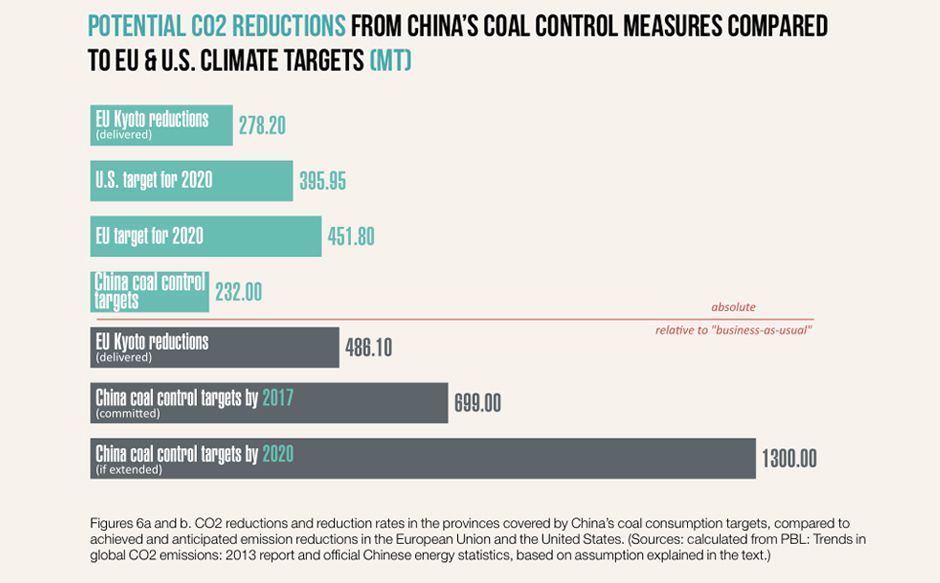 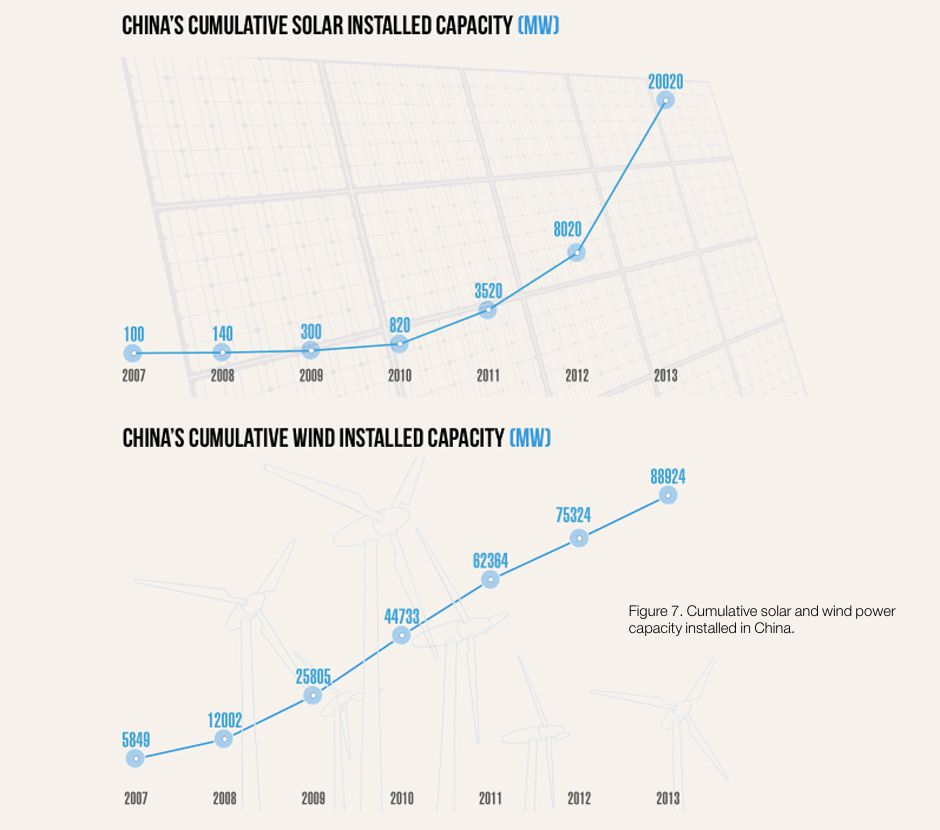