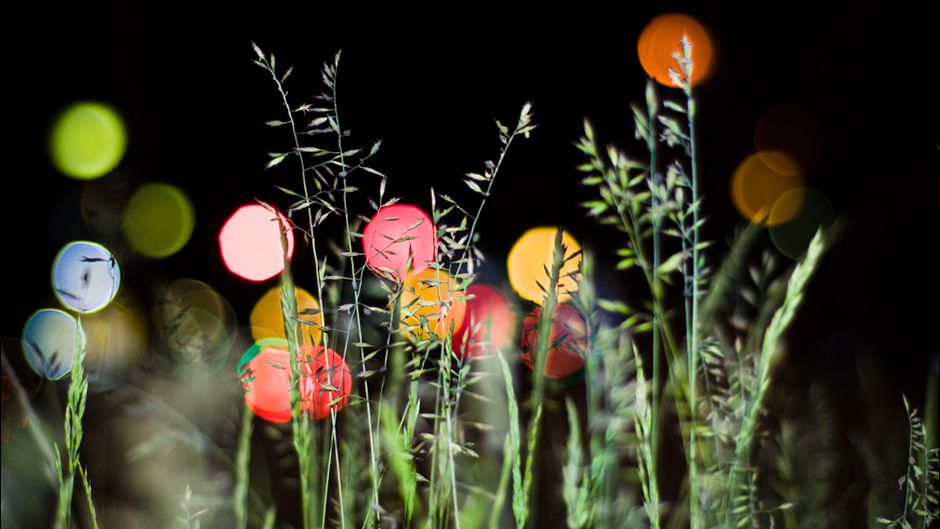 The Convention on Biological Diversity (CBD), agreed upon by world leaders at the 1992 Earth Summit in Brazil, has three broad and ambitious objectives. These are the conservation of biological diversity, the sustainable use of its components, and the fair and equitable sharing of the benefits from the use of its genetic resources.

The main component for preservation of biodiversity is to safeguard the habitats of species. Yet the convention’s target “to achieve by 2010 a significant reduction of the current rate of biodiversity loss at the global, regional and national level as a contribution to poverty alleviation and to the benefit of all life on Earth”, set by governments during the World Summit on Sustainable Development in 2002, is not being achieved.  The progressive degradation of ecosystems continues to be the principal threat to biodiversity.

The way cities develop definitively influences biodiversity conservation and the distribution of its benefits among different groups in society, as cities are the consumption centres of the world’s resources.

At the City Biodiversity Summit — held in parallel to last month’s tenth meeting of the Conference of the Parties (COP10) to the CBD and attended by 500 delegates from 230 local authorities and international organisations — discussions between city governments led to a vital step towards the convention’s implementation. Building on the decision at COP9, which formally recognised the importance of local authorities, the parties endorsed a Plan of Action on Sub-national Governments, Cities and Other Local Authorities for Biodiversity (2011-2020).

With the adoption of this plan, parties and their regional and local authorities are encouraged to cooperate and collaborate to achieve the objectives of the convention. The progress in implementing the Plan of Action, and thereby the Convention, will be reported during the next COP in India, in 2012.

Despite such advances, the process of interaction between cities and biodiversity is still not well understood, both in theory and in practice. If we want to make progress in implementing the convention this conceptual gap needs to be closed. This is increasingly urgent being that more than half of the world’s population lives in cities today, and this proportion will grow in the future.

At the City Biodiversity Summit we at the United Nations University Institute of Advanced Studies (IAS) launched a policy report (see sidebar) to help create the basis for policies at the global, national and local level. This paper discusses the underpinnings of the relation between cities, governance and biodiversity and presents a conceptual framework to boost understanding on how cities influence biodiversity by identifying three levels of interaction.

[quote quote=”The process of interaction between cities and biodiversity is still not well understood. If we want to make progress in implementing the convention this conceptual gap needs to be closed.” type=”text” ]

First, cities and biodiversity interact within the urban fabric. There are a variety of species living within city boundaries, the so-called ‘urban biodiversity’, including those species well adapted to urban life, such as rats or pigeons. This urban biodiversity can influence the form of the city as well as its inhabitants. The development of a city also impacts directly the urban biodiversity and how it is distributed among the different groups of the population. Urban biodiversity seems to be the most researched area so far.

The next level is the one at which cities impact the biodiversity of their nearby surroundings — what we call ‘regional biodiversity influence’. City activities generate sewage, solid waste and air pollution, which generally have an effect on the biodiversity in adjoining areas, such as rivers and marine or terrestrial hinterlands. The expansion of cities, both spatially and economically, also has tremendous impacts on these surrounding areas. Moreover, many resources needed in a city come from its surroundings (materials, water, food, etc.) in the form of ecosystem services.

Several initiatives are underway to help understand and manage cities with these considerations in mind. The Urbis Initiative, supported in part by UNESCO, aims to connect social and ecological systems for sustainable development, whilst a network of local governments concerned with sustainability (ICLEI) helps cities implement actions that promote sustainable development. Most pertinently, they have been developing a local government biodiversity roadmap.

The third easily forgotten level is that cities consume large amounts of resources coming from faraway places, affecting the biodiversity of those places — what we call ‘global biodiversity influence’. For example, some of the unregulated timber consumed in cities around the world comes from distant forests such as the Amazon or Borneo. Also, the high demand for marine species, such as blue fin tuna in some Asian cities, poses a threat to those species.

However, varying levels of influence, enabled by globalization in many markets, means it can be hard to precisely identify the impact of a given city on different regions across the world.

In examining city-biodiversity interaction, we also need consider the inverse question. Namely, how does biodiversity influence cities and city dwellers? Biodiversity provides a series of benefits (commonly termed ecosystem services) to cities. These range from the more directly perceived — such as water supplies and recreation facilities (parks) — to the less directly tangible effects of large biodiverse areas, like plants that help cure diseases or help with long term climate stability.

The services biodiversity provide to cities are important to city planning, both in terms of design as well as convincing citizens and city policy makers about the importance of implementing the CBD. However, those services, and the costs of protecting them, are not distributed evenly among different groups of citizens in the same city, among cities, among urban and rural citizens, nor among countries. Augmenting conceptual understanding of the main benefits brought by biodiversity to cities can help to direct policies.

Another complex facet that needs to be considered is the question of which biodiversity we ought to preserve. Cities are found in all types of natural environments and as such, they are subject to and exert different levels of influence on biodiversity. Urban biodiversity may not accommodate the native biodiversity of the surroundings, as this may not be compatible with the urban environment or the interests of city dwellers.

For example, Manaus in Brazil is surrounded by the Amazon jungle but its citizens do not expect to share their daily life environment with local fauna, such as boa constrictors or piranhas. Some native trees may not be suitable for urban environments because of the natural limitations (e.g., the need for space, clean air, water or certain species to survive) or due to management constraints (e.g., a frequent need for trimming or cleaning that is beyond a city’s reasonable capacity). Indeed, the removal of some species from cities, like mosquitoes, can add quality of life to urban citizens.

[quote quote=”The governance of cities — the way they are designed, planned and managed — is important to determining the outcomes of their influences on the biodiversity at the different levels.” type=”image” image=”2716″ ]

Therefore, the role of cities to foster biodiversity will vary according to its individual context. For one city, the urban biodiversity may be compatible with the surrounding biodiversity and the city can leave a corridor for this biodiversity. The urban fabric would be intertwined with the local habitats. For another city (like Manaus), this may not be possible, or at least for some species.

Cities also affect other aspects of biodiversity mentioned in the CBD. Cities can be a threat to biosafety, as many genetic experiments or exotic species exist in cities, or more importantly, cities can be an easy route to the introduction of those species in the wild environment. The uncontrolled spill of some of those can cause problems to the urban biodiversity or biodiversity as a whole. An example of this is the dumping of exotic pets. The Burmese python is a new introduction to the Florida Everglades,  which has become a significant invasive species in the area. Rarely a threat to humans, it is a bigger threat to the other species of the Keys, including alligators.

Improving the contribution of cities to the CBD

Thus, the governance of cities — the way they are designed, planned and managed — is important to determining the outcomes of their influences on the biodiversity at the different levels. Understanding how cities can create better governance mechanisms to effectively help in the preservation of biodiversity is the key to implementing the directives of the CBD. The actors, instruments, and processes that should be in place are still not completely understood to move the city and biodiversity agenda forward.

We believe our report serves as practical guide to help cities understand and manage the dimensions of biodiversity resources within and beyond the city limits. We also provide some practical insights on the way to move forward the biodiversity agenda in cities by identifying six instruments for improving the contribution of cities to the CBD, such as the provision of a good network of urban green spaces and functional aquatic habitats and support of sustainable productive uses of biodiversity in urban areas to incentivize its conservation.