Cities for All? Migration and the New Urban Agenda 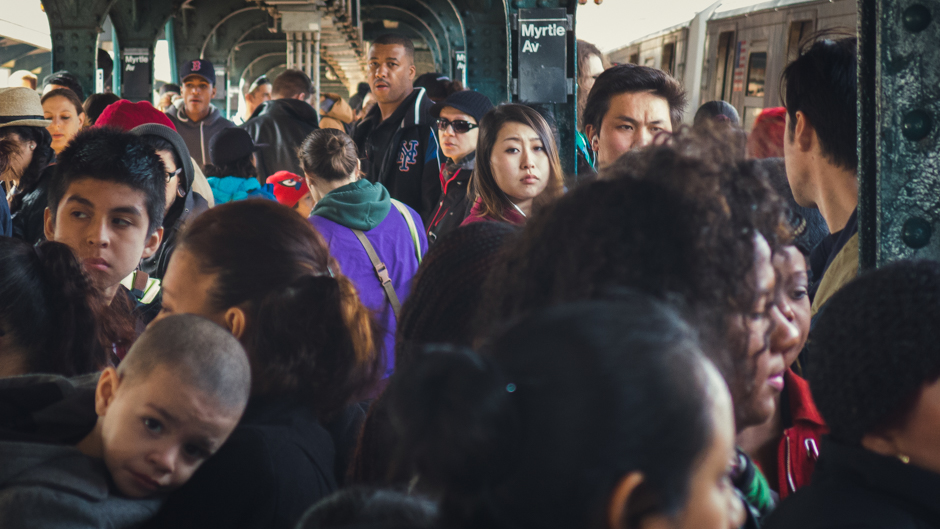 This article is part of the United Nations University’s Habitat III series featuring research and commentary related to the UN Conference on Housing and Sustainable Urban Development, 17–20 October 2016 in Quito, Ecuador.

For the first time in history, a majority of the global population lives in cities. The trend toward urbanisation is continuing, and by mid-century city dwellers are expected to account for two-thirds of the world’s people. Migration accounts for a significant, yet often controversial, part of this urban development. Twenty years ago at the Habitat II conference in Istanbul, urban migration was framed as a problem to be tackled. The focus at the time was on addressing the root causes of rural-to-urban migration and finding ways to minimise population movement to cities. As such, Habitat II did not go far enough to emphasise the positive contributions migrants make to urban life.

The legacy of this framing of urban migration has had lasting impacts that have reinforced the socio-economic and spatial marginalisation of migrants (and subsequent generations) in a number of cities, from Paris to Delhi. In the preparations for Habitat III, to be held in Quito from 17–20 October 2016, an issue paper on migrants and refugees points out that “the generic urbanisation model” over the past decades has “fostered segregation over integration”.

The adoption of the New Urban Agenda in Quito will bring in a new narrative on urban migration that centres on promoting migrants’ inclusion in cities and upholding their rights. States, local authorities, intergovernmental and civil society organisations can use this opportunity to collectively develop urban policies that reflect this narrative. More than half of the world’s population now lives in urban areas, and continuing migration is central to urbanisation processes — both in terms of internal migration (movement within the same country) and of international migration (be it voluntary or forced, bearing in mind that the line between the two is increasingly blurred).

Migration is clearly an urban phenomenon, and especially so in this time of unprecedented global displacement.

As the above issue paper notes, some 60% of the world’s refugees (and 80% of internally displaced persons) now live in urban areas rather than in camps. Cities, large and small, are where migrants seek to build their livelihoods, futures, and networks, pursue opportunities, and realise their aspirations.

Migration is thus very clearly an urban phenomenon, and especially so in this time of unprecedented global displacement. Even as states reinforce their borders, with security, fences, and walls, cities are opening themselves up to new arrivals. This is why the New Urban Agenda is so relevant to the global debates that are taking place about migration.

Where states are failing to honour the rights and dignity of migrants and refugees, cities in many parts of the world are acting in concrete ways to receive them, provide them with basic services, and find ways to include them in the everyday fabric of the city (including those without documents). This effort offers potential to transform the discourse and politics of migration by recognising the rich social, cultural, and economic contributions of migrants to urban life, while allowing us to imagine the possibilities for migrants to feel a sense of belonging at an urban level.

In New York City, for example, all migrants — regardless of their status — are eligible for an IDNYC (identification card) giving them access to many services in the city. The municipality of Sao Paulo, meanwhile, has created a municipal migration policy developed in accordance with the principles of human rights and non-discrimination, and drawing upon the voices of migrants through participative consultations. And cities in Germany are making novel uses of urban space and infrastructure to house recent arrivals of migrants and refugees, while volunteer-led projects among urban citizens have emerged over the past year to foster a culture of welcome that, if cultivated in the long term, can lead to sustained forms of inclusion.

We must also be aware that not all cities are powerful actors with the freedom to make and implement decisions.

But lest we romanticise this ideal of welcoming cities, it is important to acknowledge that significant challenges remain for migrants in a number of cities: precarious work; language barriers; difficulties in accessing health, education, and justice; poor environmental health conditions and insecure housing; and discrimination.

We must also be aware that not all cities are powerful actors with the freedom to make and implement decisions. Some municipal governments remain poorly resourced and depend upon restrictive state-level policy directives — the experiences of urban refugees in Bangkok who live in a state of limbo and invisibility is a case in point. This is a reminder of the importance of multi-level governance that connects the grassroots and local levels to the national, regional, and global levels. If migration is well-managed throughout all levels, migrants are more likely to have the resources to sustain their livelihoods and the opportunities to make valuable, enduring, and creative contributions.

The New Urban Agenda is grounded in the Universal Declaration of Human Rights, and the need to take a human rights-based approach to migration has thus been recognised, far more than in the past. The draft Agenda includes commitments to support refugees, internally displaced persons, and migrants regardless of their migration status. Yet if the New Urban Agenda is based on a vision of “cities for all”, we need further clarity as to how these lofty statements will translate into practical and implementable projects and policies for social and spatial inclusion that take migration and displacement into consideration.

On this point, the New Urban Agenda remains vague. The points raised during the urban dialogues and thematic consultations in the run-up to Habitat III, which are intended to gather input from diverse stakeholders and citizens in the shaping of the Agenda, call on local and national authorities to include migration as a transversal feature of urban planning, and to promote the civic participation of migrants across urban spaces and institutions.

Indeed, we should see Habitat III as the starting point for developing and implementing inclusive policies and the sharing of good practices on these issues. In this particular moment of time — when the world’s attention is fixed on migration — it is vital that we shape our cities to be inclusive, convivial, and progressive places that embrace cultural pluralism and diversity as a hallmark of sustainable urban development.

Cities for All? Migration and the New Urban Agenda by Megha Amrith is licensed under a Creative Commons Attribution-NonCommercial-ShareAlike 4.0 International License.

Megha Amrith is a Research Fellow at the United Nations University Institute on Globalization, Culture and Mobility in Barcelona. She holds a PhD in Social Anthropology from the University of Cambridge and researches international migration, cultural diversity and cities.