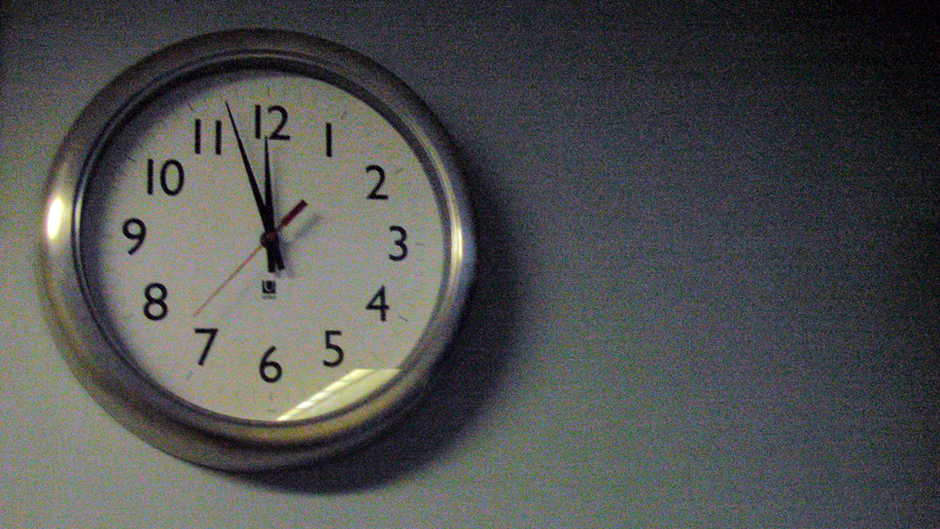 The world is direly in need of immediate concerted action on climate change, Our World’s Brendan Barrett argued last week. His essay, “Running Away from Runaway Climate Change”, was published almost at the same time as a similarly toned pronouncement was made — one accompanied by a powerful symbolic move.

“Today, more than 25 years after the end of the Cold War, the members of the Bulletin of the Atomic Scientists Science and Security Board have looked closely at the world situation and found it highly threatening to humanity — so threatening that the hands of the Doomsday Clock must once again be set at three minutes to midnight, two minutes closer to catastrophe than in 2014.”

The Bulletin of the Atomic Scientists — a nontechnical online magazine that covers global security and public policy issues related to the dangers posed by nuclear and other weapons of mass destruction, climate change, emerging technologies and diseases — was founded in 1945 by University of Chicago scientists who had helped develop the first atomic weapons in the Manhattan Project. The Bulletin subsequently created the Doomsday Clock in 1947 using the imagery of apocalypse (midnight) and the contemporary idiom of nuclear explosion (countdown to zero), to convey threats to humanity and the planet. Any decision to move the minute hand of the Doomsday Clock is made by the Bulletin’s Board of Directors in consultation with its Board of Sponsors, which includes 17 Nobel Laureates.

Absent a dramatic course correction, the countries of the world will have emitted enough carbon dioxide and other greenhouse gases by the end of this century to profoundly transform Earth’s climate, harming millions upon millions of people and threatening many key ecological systems on which civilization relies.

The Clock has become a universally recognized indicator of the world’s vulnerability to catastrophe from nuclear weapons, climate change and emerging technologies in the life sciences. And the scientists’ statement regarding their decision is exceedingly frank on the first two of these topics:

“Despite some modestly positive developments in the climate change arena in the past year, reflecting continued advancement of renewable energy technologies, current efforts are entirely insufficient to prevent a catastrophic warming of Earth. Absent a dramatic course correction, the countries of the world will have emitted enough carbon dioxide and other greenhouse gases by the end of this century to profoundly transform Earth’s climate, harming millions upon millions of people and threatening many key ecological systems on which civilization relies.

“At the same time, efforts to reduce world nuclear arsenals have stalled. The disarmament process has ground to a halt, with the United States and Russia embarking on massive programs to modernize their nuclear triads — thereby undermining existing nuclear weapons treaties — and other nuclear weapons holders joining in this expensive and extremely dangerous modernization craze.”

The Board’s announcement included not just stark facts about the doom we face but the scientists also used clear language in detailing what’s necessary to push back the imminent danger.

Science and Security Board member Sivan Kartha, a senior scientist at the Stockholm Environment Institute, said: “Steps seen as bold in light of today’s extremely daunting political opposition to climate action do not even match the expectations of five years ago, to say nothing of the scientific necessity.

“The results are unsurprising. Global greenhouse gas emission rates are now 50% higher than they were in 1990. Emission rates have risen since 2000 by more than in the previous three decades combined. Investments have continued to pour into fossil fuel infrastructure at a rate that exceeds $1 trillion per year, with additional hundreds of billions of dollars in continued fossil fuel subsidies.

“We can and must turn this around.”

Speaking to the nuclear threat, member Sharon Squassoni, director and senior fellow at the Proliferation Prevention Program of the Center for Strategic and International Studies, said:   “Since the end of the Cold War, there has been cautious optimism about the ability of nuclear weapon states to keep the nuclear arms race in check and to walk back slowly from the precipice of nuclear destruction. That optimism has essentially evaporated in the face of two trends: sweeping nuclear weapons modernization programs and a disarmament machinery that has ground to a halt. Although the United States and Russia no longer have the tens of thousands of nuclear weapons they had during the Cold War, the pace of reduction has slowed dramatically in recent years, well before the crisis in Crimea. From 2009 to 2013, the Obama administration cut only 309 warheads from the stockpile.”

The Board’s joint statement laid out succinctly what I’m sure many non-scientists would, as I do, also see as their wish list:

The scientists list of recommended steps is equally to-the-point:

As our shared time ticks too close to possible catastrophe, shall we not all join the Bulletin’s call for action? Though brief, even a four-item list needs expediting when only three minutes remain.