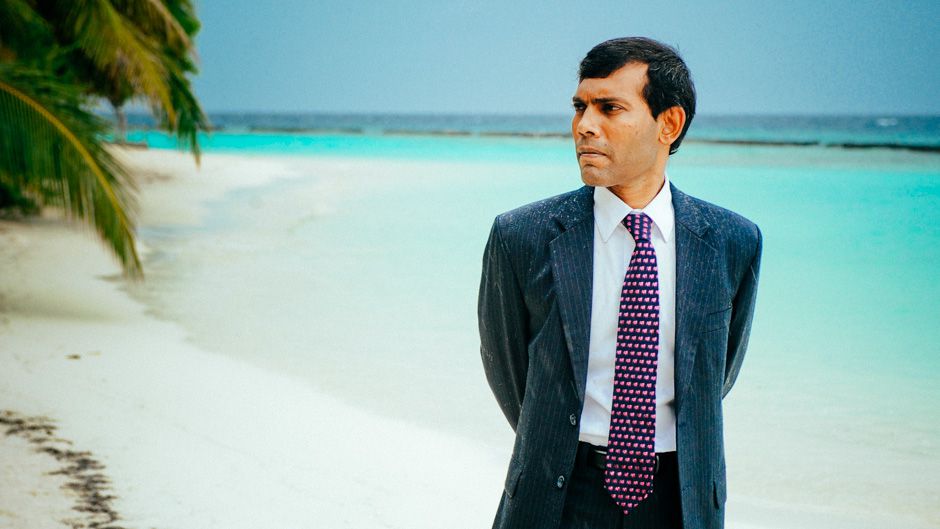 Science (climate scientists) and politics (diplomats and Foreign Ministry officials) may not always speak the same language, but climate change diplomacy (inter-governmental negotiations on climate change issues) inevitably brings them together into a “marriage of convenience”.

In order to address the special needs of vulnerable countries like small island developing states (SIDS), there is consensus between science and politics that the principle of “common but differentiated responsibility” is key to understanding and confronting the asymmetries in the international system.

This principle recognises, in particular, the differential levels of technological, financial, economic and human capacities between industrialised/developed and developing countries in international environmental negotiations. Despite these asymmetries, every nation has an obligation to participate in joint efforts to tackle shared global environmental problems according to each nation’s capacity and level of development.

However, industrialised countries have an obligation to bear a greater burden of these shared problems. As internationally acclaimed Professor of Environmental Law Daniel Esty stated: “Simply put, in a world of ecological interdependence, there can be no free riders. Of course, poorer countries can and should expect, as a matter of equity, that richer ones will shoulder a larger share of the cost burden.”

A history of “common but differentiated responsibility”

Multilateral environmental agreements (MEAs) — at least since the 1970s — have recognised this principle as an accepted norm in global environmental governance. For example, Principle 9 of the Stockholm Declaration of the United Nations Conference on the Human Environment (held in 1972) calls for “the transfer of substantial quantities of financial and technological assistance as a supplement to the domestic effort of the developing countries”. Similarly, twenty years after Stockholm, the Rio Declaration on Environment and Development (1992) reaffirmed “common but differentiated responsibilities” in Principles 7 and 9.

On climate change specifically, Article 3(1) of the United Nations Framework Climate Change Convention (UNFCCC) provides that “the parties should protect the climate system for the benefit of present and future generations of humankind, on the basis of equity and in accordance with their common but differentiated responsibilities and respective capacities. Accordingly, the developed country parties should take the lead in combating climate change and the adverse effects thereof.”

The repeated and unambiguous codification of this principle in many MEAs is evidence that it is now widely accepted by the international community as a fundamental principle in climate change diplomacy. The principle, according to Shyam Saran, the Indian Prime Minister’s Special Envoy for Climate Change, is “based on the acknowledgement of historical responsibility; that is, climate change is taking place as a result of greenhouse gas emissions that have been accumulating in the earth’s atmosphere as a result of over two centuries of fossil fuel-based industrial activity in developed countries”.

Saran also stated that “developing countries also have an obligation, and that is to pursue a path of ecologically sustainable development consistent with their goals of economic and social development and poverty eradication”.

Addressing the vulnerabilities of SIDS

Impacts from the shared global problems of climate change will be felt more severely in SIDS, the populations of which constitute some 5 per cent of the globe’s inhabitants. The UN Intergovernmental Panel on Climate Change (IPCC) found in its 2007 Synthesis Report that by mid-century, “climate change is expected to reduce water resources in many small islands, e.g., in the Caribbean and Pacific, to the point where they become insufficient to meet demand during low-rainfall periods”. Further, global sea-level rise is “expected to exacerbate inundation, storm surge, erosion and other coastal hazards, thus threatening vital infrastructure, settlements and facilities that support the livelihood of island communities”.

Corroborating most of these findings, the UNFCC Secretariat, in the 2008 study entitled Climate Change: Impacts, Vulnerabilities and Adaptation in Developing Countries, identified that “all Caribbean, Indian Ocean and North and South Pacific small island states will experience warming”.

To be sustainable and efficient for SIDS, as elsewhere in most of the developing world, climate change adaptation and mitigation require enormous financial resources, technology transfer and, most importantly, effective national, regional and global policy and governance frameworks.

Financing/funding proposals have led to establishment of the Adaptation Fund under the UNFCCC, which currently receives a small percentage (around 2 per cent) of proceeds from the Clean Development Mechanism (CDM). Climate change negotiators, especially those from developing countries, have called for an increase in the capitalisation of the Adaptation Fund. According to Saran, “India and other developing countries have put forward the view that 0.5 per cent to 1 per cent of the GDP of developed countries should be earmarked for a climate fund under the UNFCCC”. However, the Adaptation Fund, as presently capitalised, will not be sufficient to fund all the necessary adaptation projects in SIDS.

Most negotiators have commended the governance structure of the Adaptation Fund under the UNFCCC for its fair and equal representation of both developed and developing countries. The same can hardly be said of the proposed “Green Climate Fund” as proposed by Mexico, India and other developing countries. If and when such fund is agreed upon in the negotiations, its governance structure should be patterned after the structure of the Adaptation Fund.

For SIDS, it remains to be seen how far contemporary climate change governance architecture will go in codifying core responsibilities and obligations to be borne by the “international community”, especially the worst emitters, towards addressing their peculiar vulnerabilities. How can SIDS be empowered to effectively negotiate this deal, given the asymmetries in the international system? In all of this, technology transfer remains critically important.

Numerous proposals have been made in climate change negotiations for mechanisms aimed at diffusing green technology between developed and developing countries. Most of the proposals emphasise a form of “public-private partnership”. However, acquiring the necessary licenses to use such technologies as public goods would inevitably implicate intellectual property “rights”, and raises questions of “who owns the knowledge economy”.

To address this technology conundrum, India has proposed “a global network of innovation centres that could promote local and regional action both on mitigation and adaptation, taking into account local circumstances and particularities”. To achieve this, says Saran, “we need to create a global platform for such collaboration on certain key technologies, for example, solar energy generation and storage, biomass energy, and a whole series of clean coal technologies…. This must be a publicly funded and government-led effort, but it can certainly draw upon public-private partnerships.”

Because SIDS are mostly under-developed, least-developed or developing countries, they are “technologically and economically challenged” in terms of (i) the scientific sophistication to innovate new technologies, and (ii) the financial resources to access them in fair and equitable terms. As such, pooling scientific and technological capabilities across the globe to generate transformational technologies should be anchored pragmatically on the time-hallowed principle of “common but differentiated responsibilities”.

In his keynote address to a workshop organised by the United Nations University Institute for Sustainability and Peace (UNU-ISP) on “climate change diplomacy and small island states”, Carlos Fuller, Deputy Director of the Caribbean Community Climate Change Centre in Belize, argued that although “SIDS have been very effective climate change negotiators since 1990 and have maintained this stature for the past 21 years, they have not reaped the benefits of their endeavors”.

Fuller explained that there are many reasons why SIDS have not attracted the adaptation projects required to combat the adverse impacts of climate change. First, many officials involved in addressing climate change have other duties and responsibilities in their home countries. Second, climate change interventions are usually in sectors over which the climate change focal point has very little or no influence (e.g., diversification in the agricultural sector requires the active involvement of the Ministry of Agriculture), and relevant authorities may not always heed the warnings of the local climate change experts.

This raises the need for capacity building and policy coherence in SIDS. Related to this is the capacity of SIDS, because of their “smallness”, to negotiate climate deals effectively in global forums. As Fuller observed, “when SIDS delegates attend the climate change negotiations, they could easily be overwhelmed. The annual sessions of the Conference of the Parties now attract between 10,000 and 15,000 participants, and this exploded to over 40,000 in Copenhagen two years ago. It is easy for small island delegations consisting of one or two persons to wander around from plenary sessions to side events to booths, and be presented with a series of decisions at the end of two weeks which they had no input in developing and whose very language seems irrelevant to their concerns”.

The creation of the Alliance of Small Island States (AOSIS), a coalition of small island and low-lying coastal countries that share similar development challenges and concerns about the environment, has enhanced the negotiating capacity of SIDS. The alliance of 42 states and observers, drawn from all regions of the world functions primarily as an ad hoc lobby and negotiating voice for SIDS within the United Nations system.

In order for the efforts of AOSIS to be sustainable, climate change diplomacy must address the technological, financial and policy needs of SIDS in pragmatic ways. This is not a matter of “charity” or “aid”. It is an obligation owed to them by the international community as a whole.

While global resources are never in short supply to achieve this, only a fair, equitable and distributive multilateral governance facility stands to protect and promote their needs and meet their expectations as vulnerable societies in a global village characterised by asymmetries and socio-economic inequalities between nation-states.

This article is based on an ongoing research project funded by the United Nations University Institute for Sustainability and Peace (UNU-ISP) entitled “Climate Change Diplomacy: ‘Common But Differentiated Responsibility’ — Past Lessons, Challenges, and Future Directions for Small Island Developing States”. The first project workshop, on the theme “Climate Change Diplomacy and Small Island Developing States”, hosted by the Catholic University of Santo Domingo in July 2011, was attended by researchers and policymakers from Belize, Guyana, Dominican Republic, Timor-Leste, St. Vincent and the Grenadines, Barbados and Suriname. The workshop was coordinated by Obijiofor Aginam, Academic Officer and Head of International Cooperation and Development at UNU-ISP in Tokyo, and William Onzivu, Lecturer, School of Law, Bradford University, Bradford, UK.

Artificial Island Could Be Solution for Rising Pacific Sea Levels