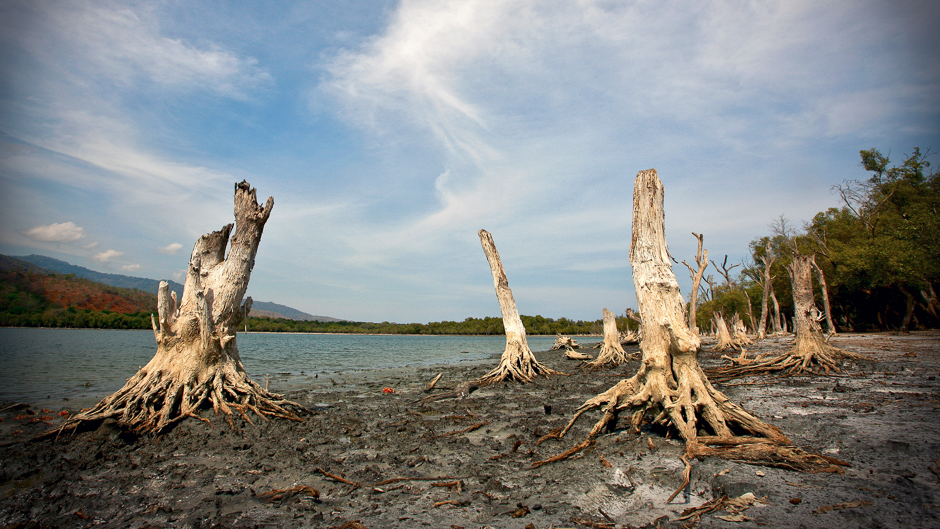 It is increasingly clear that human health and well-being are threatened everywhere because of global warming and environmental damage. Extreme weather events, sea level rise, increasing scarcity of freshwater, drought and high temperatures, combined with loss of biodiversity and other aspects of ecological degradation such as soil erosion and coral bleaching are all features of anthropogenic self-harm and an increasingly inhospitable planet for human society.

The 2015 Paris Agreement established a target of limiting global warming to no more than 1.5 °C above pre-industrial temperatures. We are now at 1.1°C of warming. A special report of the Intergovernmental Panel on Climate Change (IPCC) paints a grim picture of what we would face should we reach 1.5°C of warming.

Crucially, failing to limit global warming to 1.5°C could result in the planet being pushed over a number of tipping points that would see accelerated and irreversible warming, with a variety of cascading effects (e. g. loss of the polar ice caps and massive dieback of the Amazonian rainforest) that would see billions of people facing an existential crisis.

Such concerns are not alarmist or exaggerated. The most recent set of Assessment Reports by the IPCC, released over the past few months, presents clear evidence that we are in trouble. Among other things, it projects that average global surface temperatures will most likely reach 1.5°C above pre-industrial averages before 2040.

The theme of World Environment Day this year — “Only One Earth” — correctly points out that all of humanity shares a common dependency upon a single planet. Perhaps nothing is more emblematic of the need for global solidarity and international cooperation than the planetary crisis we face. However, there are also regional differences in terms of both the impacts that will be experienced and the contributions that can be made to averting the crisis.

So, what can be said about South-East Asia?

For one, in line with global warming trends and the continued rise in greenhouse gas (GHG) emissions, the region has seen its annual mean temperature increase at a rate of 0.14°C to 0.20°C per decade since the 1960s. It is hotter than it used to be and the region can expect further increases in temperature. South-East Asia is also expected to see an increased frequency of heatwaves.

The high humidity of the region will compound the high temperatures and increase the incidence of heat stroke and heat-related deaths. According to one study, heat-related mortality has already gone up by 61% in Thailand, Vietnam, and the Philippines since the 1990s.

In 2019, South-East and East Asia had already recorded the internal displacement of 9.6 million people from cyclones, floods, and typhoons, representing almost 30% of all global displacements in that year.

Higher temperatures and heat stress at 3°C warming are expected to reduce agriculture labour capacity by up to 50% and reduce agricultural productivity and food production. According to one study, this will lead to a 5% increase in crop prices from increased labour cost and production loss.

Rates of malnutrition will likely rise in the region, especially as crop production in other parts of the world come under stress. An example is the drought caused by 2015–2016 El Niño in South-East Asia, and Eastern and Southern Africa, which resulted in 20.5 million people facing acute food insecurity in 2016 and 5.9 million children becoming underweight. Rising levels of CO2 in the atmosphere will also reduce the nutritional quality of certain crops and increase the likelihood of greater micronutrient deficiency.

The higher levels of energy and moisture in the atmosphere produced by global warming will translate into changing rainfall patterns. Increased annual average rainfall has already been observed in parts of Malaysia, Vietnam, and Southern Philippines.

Paradoxically, some parts of the region would observe a reduction in the number of wet days. According to the IPCC, the Philippines had observed fewer tropical cyclones, but they were more intense and destructive.

Changes to the hydrologic cycle will also impact the availability of fresh water and undermine water security in the region. This will in turn lead to associated health problems due to lower levels of sanitation and hygiene.

In the Mekong River basin, due to both climate change and unsustainable levels of water consumption, it is projected that groundwater storage will decline by up to 160 million cubic meters and that this will be accompanied by delta erosion and sea level rise, affecting coastal cities such as Bangkok and Ho Chi Minh City.

Three quarters of the cities in the South-East Asia will experience more frequent flooding, potentially affecting tens of millions of people every year by 2030. In 2019, South-East and East Asia had already recorded the internal displacement of 9.6 million people from cyclones, floods, and typhoons, representing almost 30% of all global displacements in that year.

A recent nationwide survey by UNICEF Malaysia in 2020 found that 92% of young persons are already worried about the climate crisis (ecoanxiety).

These forecasts highlight the importance of GHG reductions and the preservation of vital ecosystems services. Unfortunately, progress on this front remains inadequate across the region. Between 2010 and 2019, the region saw an annual average increase of 1.8% in carbon intensity, and of 5.1% in CO2 emissions from 2015 to 2019 in the energy sector.

One ray of hope, according to the IPCC, is that South-East Asia has the potential to rapidly reduce as much as 43% of greenhouse gas emissions by 2050.

South-East Asia also recorded the fastest per capita growth in transport emissions (4.6% per year) in the world, and saw its forest cover decrease by a whopping 13% between 1990 and 2015, with mangrove forest loss growing by 0.39% per annum between 2000 and 2012.

One ray of hope, according to the IPCC, is that South-East Asia has the potential to rapidly reduce as much as 43% of GHG emissions by 2050 from reduced energy demand and increased energy efficiency in the building sector, and that further GHG reductions would be possible with more investment and research on decarbonization.

This is critical. If the world is to have a decent chance of limiting global warming to 1.5°C, we need to achieve net zero CO2 emissions by 2050 at the very least. Presently however, policy makers and politicians are either not taking the problem seriously enough or feel unable to break out of our dependency on fossil fuels as indicated by an ASEAN report that shows a gap between current country commitments and the necessary GHG reductions.

Similarly, the radical change required to the way we treat and use the land currently appears to be beyond the capabilities of society.

The last United Nations Climate Change Conference in Glasgow last year that brought together 120 world leaders saw some welcome commitments from governments. For example, Indonesia, as one of the world largest carbon emitters through deforestation and land use change, made a commitment to the Glasgow Leaders Declaration on Forests and Land Use.

A number of countries (Indonesia, Malaysia, Philippines, Singapore and Vietnam) signed the Global Methane Pledge to cut 30% methane by 2030, and a portion of ASEAN countries (Brunei Darussalam, Indonesia, Philippines, Singapore, and Vietnam) fully or partially signed the Global Coal to Clean Power Transition Statement. These pledges and commitments must still be translated into action. But even if they are, more rapid and radical change is needed.

Dr Kwan Soo-Chen is a Postdoctoral Fellow at the UNU International Institute for Global Health.

David McCoy is Research Lead at the UNU International Institute for Global Health.

At the UN, Climate Change and Security Must Be Tackled Together

Water, Climate, Conflict, and Migration: Coping with One Billion People on the Move by 2050