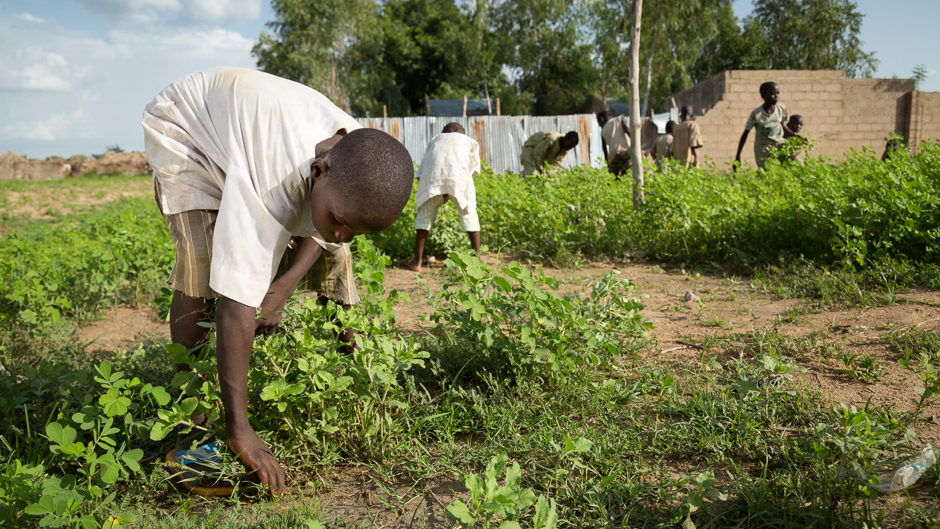 COVID-19 has been a boon for armed groups who have exploited the pandemic to attack enemies and grow their ranks. Now, they increasingly have another unlikely ally to promote their agenda: climate change.

Research has repeatedly highlighted how climatic shifts contribute to fragility and undermine livelihoods and new data shows how this has created conditions that are conducive to the growth of armed groups.

Media reports suggest that numerous armed actors are already working to exploit climate-related crises — from the Islamic State cutting off water access to facilitate attacks or displace people, or the Taliban retaking territory racked by drought and famine. While the interest of armed groups to take advantage of climate-driven hardships has not been in doubt, whether their efforts had been successful in drawing individuals into these groups has not been backed by much evidence.

A newly released report from the United Nations University Centre for Policy Research provides some of the first ground-level data on climate-driven involvement with armed actors. As part of its Managing Exits from Armed Conflict project in North East Nigeria, a team of researchers recently conducted an extensive survey of community leaders predominantly in and around Maiduguri in Borno State.

Respondents suggested that climatic shifts are widely felt in the region, with nearly 70 percent noting changes in the rainy, dry, or the Harmattan season characterized by its dusty trade winds. Of those that acknowledge climatic change in their communities, 85 percent responded that they know people whose life or income has been negatively affected because of these shifts.

Changing temperatures and rainfall were seen as particular challenges for farmers, herders, and fishers — with alarming consequences. Forty percent of the community leaders that acknowledged climate-driven agricultural difficulties know people who have joined Boko Haram or similar groups because of them, while more than 60 percent know someone who joined the Civilian Joint Task Force or another self-defense group.

The picture that emerges from these findings is alarming in light of armed actors — across multiple contexts — actively trying to take advantage of the changing climate and its impact on livelihoods to advance their agendas. Sadly, we now have some evidence that at least some of their appeals are working in the face of climate change-related hardships.

This dangerous confluence of factors — high dependency on agriculture and subsistence farming, widely felt climatic shifts and the presence of armed groups — is not unique to the North East of Nigeria. The North West of the country, for instance, is experiencing equally drastic climate change impacts that disrupt traditional agricultural and pastoralist practices and threaten livelihoods — creating cleavages ripe for armed and criminal group exploitation. Indeed, there are indications that Boko Haram and other armed actors have increasingly been exploiting resource-related tensions between farmers and herders to recruit from rural communities and entrench themselves in the North West. Such activity raises the concern that the region could become a “land bridge” that links the insurgents in the north-east with armed group elements in western Niger, with dramatic spillover potential for an already fragile Sahel.

While some of these concerns are specific to the region, the lists of places at high risk of climatic shifts affecting already fragile, conflict-affected populations is long. One research center has compiled a physical vulnerability to climate change index and many of today’s conflict-affected states rank high for further climate-driven vulnerability (e.g. Sudan, Iraq, Chad, Eritrea, Somalia, Mali, Niger, Maldives).

As the issue of climate-conflict links is gaining more traction in the international community, it is important to recognize the emerging evidence that suggests that climate change is influencing trajectories into armed groups. This is especially important in regions like the Sahel, where there is a tendency to view conflicts through simplistic narratives of violent extremism and radicalization.

Our treatment of groups like Boko Haram as ideological outliers can make it difficult to draw useful comparisons with armed groups in other contexts. By overly focusing on the role of ideology, it can be difficult to see how day-to-day hardships and frustrations — livelihood and food insecurity and intercommunal conflicts over land and water — can drive people’s involvement with listed terrorist groups.

As climate change continues to impact lives and livelihoods around the world, we need to be acutely aware of how armed groups are taking advantage of it — but also how the international community can adapt their conflict prevention and response efforts to be climate-sensitive (and conversely, adopt a conflict-sensitive approach to climate change action).

Unless we can help vulnerable people address and cope with climatic effects, particularly as they impact their access to resources, livelihoods and relations with their neighbors, armed groups will continue to benefit from the shocks that our changing climate is wrecking in Nigeria and beyond.

This article was first published by The Hill.

Copyright The Hill. All rights reserved.

Jessica Caus is a Research Associate at the UNU Centre for Policy Research.