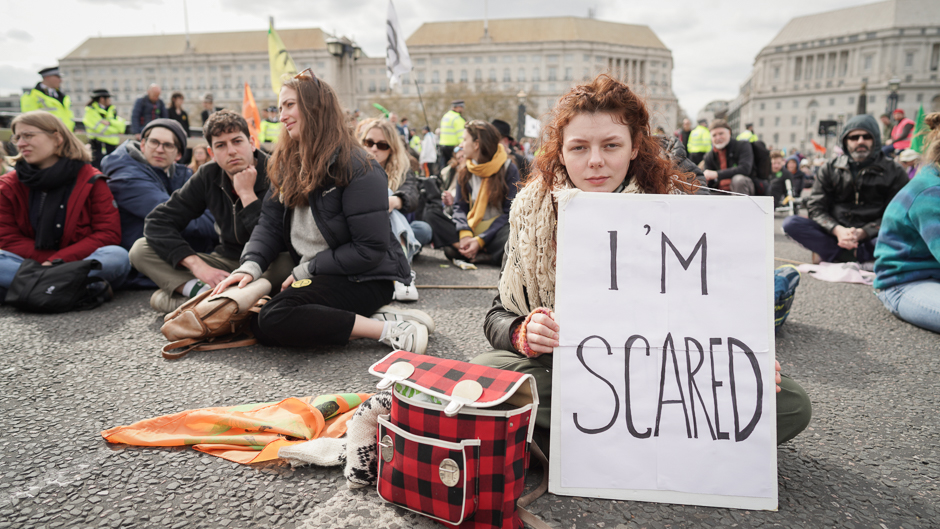 Heatwaves, droughts, wildfires, floods, and hurricanes increasingly feature in people’s lives and are predicted to become more frequent and intense in the coming decades. These events are having a significant yet often overlooked psychological impact not only on those directly affected by such catastrophes, but also on those who expect to be affected by them in the future.

Little more than a decade ago, researchers started to note that climate change will have a deep psychological impact and that people will be exposed in different ways. Since then new terms have emerged. These include climate change anxiety, or eco-anxiety, which is experienced by those, often young, people overwhelmed with anger or anxiety and feeling that they have no control over the planet’s future.

Then there’s solastalgia, described as “homesickness without leaving home”, felt by people whose native lands or familiar environment are changing fast. These feelings, along with and ecological or climate grief, are often triggered by viewing media depictions or indirectly experiencing of environmental degradation and climate crises.

We already know that poor mental health can lead to strained social relationships, impaired cognitive abilities, addiction to substances or alcohol, and suicide. According to the WHO Mental Health Atlas, most countries lack the capacity to address even existing needs.

One billion people currently live with a mental health condition. They are supported by just 13 mental health workers for every 100,000 people, while governments spend, on average, just over 2% of health budgets on mental health. People in low and middle-income countries face even more severe difficulties in accessing support, with 75% of people with depression either undiagnosed or not treated. The situation is often compounded where mental health issues are culturally taboo.

This worrying situation will be intensified by the growing psychological impact of climate change and the fallout from malnutrition and other conditions associated with the crisis. As a report published by the WHO this summer indicates, these climate-related interlinkages are still under-recognised.

Four things that would help

Although the situation is dire some positive steps can be taken. First, more research is needed to better understand different concepts and relevant risk factors.

Without this, those affected by climate change may be assumed as “just” traumatised and given unfit clinical interventions or left untreated altogether. Naming new illnesses can be useful, but needs to be thoughtfully considered to avoid unintentionally stigmatising certain groups or industries, as happened with “swine flu”.

Third, people must be encouraged to take action collectively. A recent study on young adults reported that climate change anxiety is associated with the symptoms of generalised anxiety disorder. However, engaging in climate action collectively (but not by yourself) significantly reduced the association between climate anxiety and depressive symptoms.

This collective action can involve many different forms such as engaging in community-led activities of plastic recycling or using art and creative thinking to tell a wider audience about climate-induced stress. Since climate anxieties might be an important trigger for climate action, these collective actions can help mental health by developing a sense of agency and solidarity: “I am doing my bit, and all these others are with me.”

Finally, at COP27 in Egypt governments are seeking renewed joint action to deal with the climate crises. Mental health should be a big part of this.

For instance, key instruments such as climate finance could be extended to support mental health services. Individual countries could take note of this aspect in their national plans to adapt to climate change.

Psychological wellbeing is fundamental, both for us as individuals and for society as a whole. It creates the ability to withstand adversity and bounce back and grow despite challenging life experiences and stresses.

It also enables us to build constructive relationships with others that are crucial for developing solidarity in communities. A collective call for action will help us transition from a state of fear and anxiety for many and create hope to build more resilient societies, leaving no one behind and empowering future generations to take climate action.

Nidhi Nagabhatla is a Senior Research Fellow and Cluster Coordinator at the UNU Institute on Comparative Regional Integration Studies (UNU-CRIS), and Adjunct Professor at McMaster University.