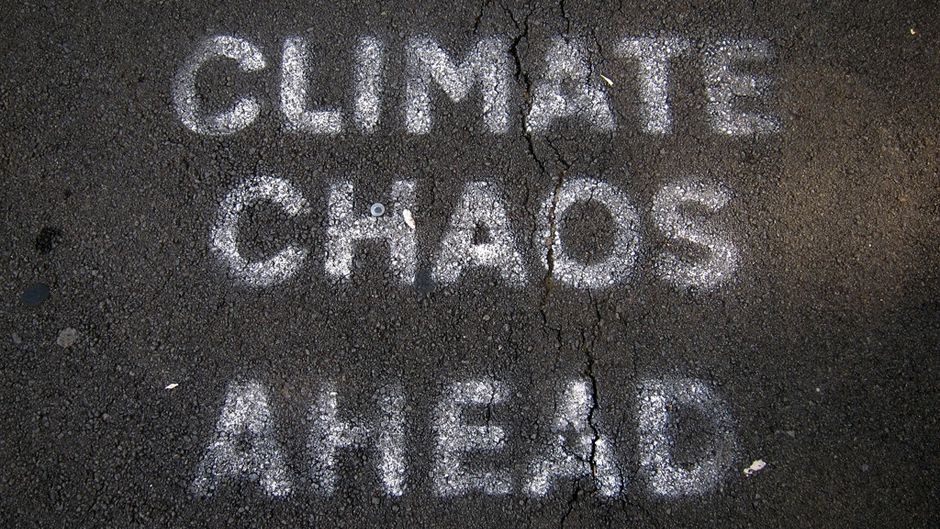 A warning that climate change might make the world’s stock markets and banks unstable and lead to a financial crash has come from Mark Carney, chairman of the G20 countries’ Financial Stability Board.

Carney, who is also Governor of the Bank of England, particularly warns about the effects on the market if panic selling occurs and there is a plunge in value of shares in fossil fuel companies and industries that produce a lot of carbon dioxide.

These companies, some of the world’s largest, control one-third of stock market assets. If investors realise these stocks are overvalued and try to sell them all at once, it will cause chaos, Carney said.

The stark warning is a remarkable intervention from one of the world’s most conservative and influential bankers, who says he will be advising the world’s richest nations at the G20 summit in November to put policies in place to prevent climate change causing future severe turmoil in the markets.

He warned that banks might become unstable because the billions of dollars in loans they have made to fossil fuel companies might not be repaid.

Carney suggests that there will be a switch of investments from carbon-intensive industries to renewables. He says investments in fossil fuel companies might be seen as overvalued because, to avoid dangerous climate change, between one-fifth and one-third of all fossil fuels will need to be left in the ground.

Carney’s warning is in stark contrast to the policies of George Osborne, the UK’s chancellor of the exchequer, who appointed him to his role as Bank of England governor in 2012.

Osborne has this year been demolishing the UK’s on-shore wind and solar subsidy programme, while providing tax breaks to North Sea oil companies to find more reserves and giving the go-ahead for fracking gas over large areas of England.

Carney did not comment on this policy rift, saying it was up to governments not bankers to make decisions about how to move to a low-carbon economy, but he said they must manage the transition in a way that did not cause market shocks.

“The weight of scientific evidence and the dynamics of the financial system suggest that… climate change will threaten financial resilience and longer-term prosperity,” said Mark Carney.

Speaking to Lloyd’s of London, one of the biggest insurance markets in the world, he said giving investors maximum information would allow them to make sensible decisions about when to disinvest in fossil fuels.

Politicians had to manage this without suddenly revealing that some stocks were overvalued because company assets would be “stranded” because oil coal and gas would always have to remain in the ground.

He said he was going to recommend to G20 countries in November, ahead of the UN climate change conference in Paris the following month, that they start setting a carbon price so that investors could see how large companies emitting carbon dioxide would be affected.

Carney told the BBC: “The point is the risks build with time, and they build more rapidly with inaction, so climate change is a function of cumulative emissions, so the slower the action is today, the bigger the action has to be in the future.

He called for the setting up of a Climate Disclosure Task Force so that all companies would have to declare how much carbon they emitted or produced, and how they were going to proceed to zero emissions in the future. Since the G20 countries are responsible for 85% of emissions, they would be a good starting point.

“Our societies face a series of profound environmental and social challenges,” he said. “The combination of the weight of scientific evidence and the dynamics of the financial system suggest that, in the fullness of time, climate change will threaten financial resilience and longer-term prosperity.

“While there is still time to act, the window of opportunity is finite and shrinking.”

Jeremy Leggett, founder of Solarcentury, the largest UK solar electricity company, and chairman of the CarbonTracker thinktank, described it as “a momentous announcement when such an eminent banker tells the world that climate change is the biggest issue of the future”.

He said: “Carney’s remarkable statement of position also raises the remarkable corollary that George Osborne might well now be party to the sabotage of the capital markets.”

Climate Concern Could Cause Global Financial Chaos by Pau Brown/Climate News Network is licensed under a Creative Commons Attribution 4.0 International License. The title has been modified from the original by Our World editorial staff.