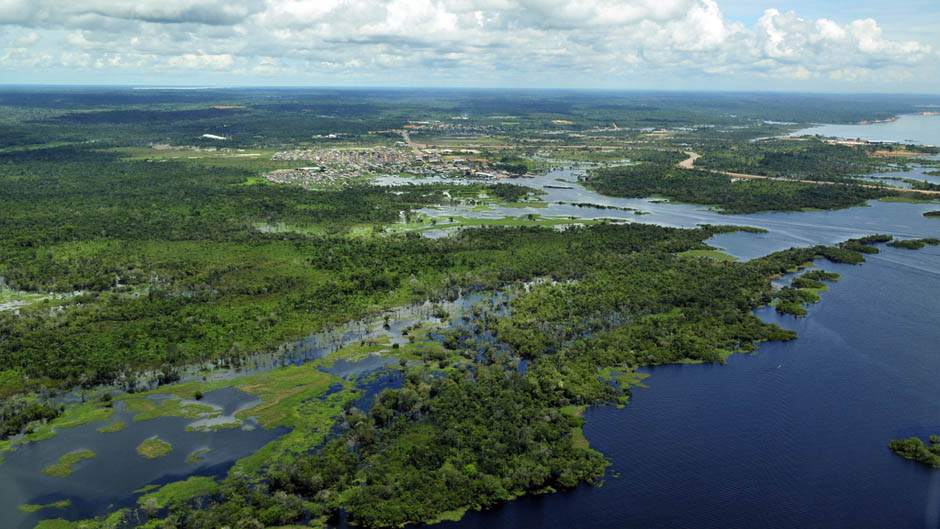 Success in the Brazilian Amazon is evidence that it is possible to reduce deforestation and turn around the climate crisis, says Daniel Nepstad, Executive Director of the Earth Innovation Institute.

“We really need to simplify and unify forces if we’re going to navigate this climate change, food scarcity, forest conservation crisis that’s emerging. And there’s big evidence that it works — as Brazil shows us,” Nepstad, a world-renowned forest ecologist who has been studying land use in the Amazon for 30 years, said in an interview with Forests News.

“I think it’s possible to have more food, more forests, fewer emissions and better livelihoods. It can be done.”

Nepstad is one of six panelists sharing ‘big ideas’ at the Colloquium on Forests and Climate: New Thinking for Transformational Change in New York on 24 September. The Colloquium is jointly organized by the Center for International Forestry Research (CIFOR) and the Earth Institute at Columbia University. An edited transcript of his interview follows.

Q: What is the ‘big idea’ you’ll be discussing at the event?

A: A global crisis is under way that could become a global revolution.

Climate change and rapid growth in human consumption of food, fuel and fibre are driving agricultural expansion — especially in the tropics. This trend could accelerate tropical deforestation, releasing lots of carbon to the atmosphere, making climate change worse. Or, we can get out ahead of this problem and grow more food on lands that are already cleared.

To change the crisis into a revolution we need to overcome the intense fragmentation that we’ve seen — we’ve got volunteer private sector approaches versus policy approaches versus international approaches like REDD+ — and we need to find ways to bring them together at a scale that actually makes a difference.

It is starting to happen — we are seeing progress toward a bottom-up approach to agricultural sustainability across large territories that could eventually link up to international standards for agricultural commodities and to climate finance. First and foremost, this approach needs to work for the Amazon, for Borneo, for the people on the ground who are engaged in these production systems.

Q: How can this fragmentation be overcome? 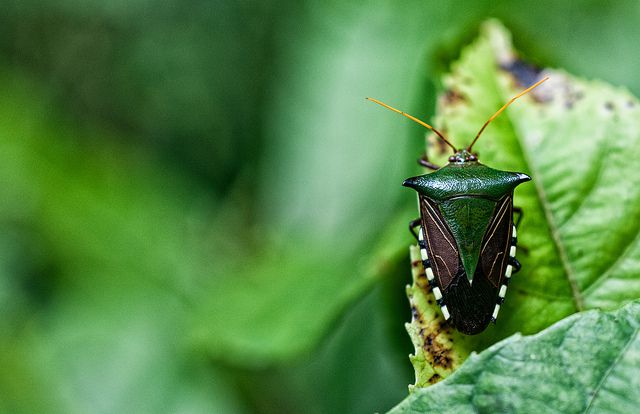 The Amazon rainforest hosts some of the richest biodiversity in the world; stores vast amounts of carbon; and regulates the climate and rainfall over a vast area. But it’s also home to more than 30 million people in nine South American countries, many of whom rely on the forest for their livelihoods. CIFOR’s research in the region aims to shed light on how the forests can be used in more sustainable ways – while improving the lives of their poorest inhabitants. PHOTO: Marco Simola/CIFOR.

A: The first step is to establish a definition of success that everyone can live with across entire territories — counties, states and eventually nations. The second step is to be able to monitor that success regionally, and then the third piece is incentives that will drive rural development toward more food, more forests, better livelihoods and fewer emissions. The incentives don’t have to be financial — some of the most powerful incentives in the near term can be simply streamlining bureaucracy and making it more efficient to do business. You don’t need a ton of REDD+ money to get the incentives right — you just remove some of the red tape.

In Brazil this is already starting to happen. There’s a multi-sector agreement on deforestation that basically tries to pull together what are currently separate strands of policy. It could soon fill an important gap — the soy moratorium is ending in December, the cattle agreement is having a rough time since it engages only 30 percent of the market, the new Forest Code is acting like a vortex that is sucking all the oxygen out of the discussions of deforestation and sustainability. And yet there’s a group of sectors — soy, beef, finance, state governments — that have been meeting for the last 18 months to come up with a definition of success with quantitative milestones for lowering deforestation, and the first round of incentives that would drive the region towards that success.

We see progress globally as well. Just last month in Acre, Brazil, the Governors’ Climate and Forests Task Force signed a declaration to lower deforestation by 80 percent by 2020. That includes a quarter of the world’s tropical forest, most of Indonesia, most of the Amazon.

So it’s a real time of fragmentation, but a time where there could be a coalescence between what have been farm-level focused supply-chain initiatives where certification is the mechanism — and policy initiatives which carry with them law enforcement and fiscal incentives that can really take this transformation to scale.

Q: What does it mean in practice to scale up deforestation reduction measures?

A: The paradigm shift is in saying, “Your farm is in a region that’s hitting its deforestation reduction milestones, therefore you’re good to go to market”.

Rather than saying, “Your property is certified as sustainable, which is very important, but is having a hard time going to scale, partly because it’s so expensive to audit individual properties”.

In Brazil, we are getting close to a multi-sector agreement with a supporting monitoring program so that that any investor, any buyer of soy or beef can ask, “Well, my supply chains want to work with these four counties, so how are they doing towards this sustainability milestone — oh, they’ve already hit their milestone, they’re good until 2018, and so that’s a low-risk place for me to do my sourcing from.”

Q: You have written a lot about Brazil’s impressive reduction in deforestation over the last decade. Could it happen in other countries or was it a fortunate convergence of events?

A: It probably gets down to President Luiz Inácio Lula da Silva’s desire to be an international leader and position Brazil as an international power. He saw Amazon deforestation as a stone in his shoe, and in 2004 gave Marina Silva the power to address it. When he took Amazon deforestation into his own Cabinet, that facilitated a whole new level of enforcement. But there are many strands.

Half of the world’s reduction in deforestation achieved in the past eight years was in the state of Mato Grosso. A figure like Blairo Maggi sort of symbolizes the broader global change.

Governors proclaiming 80 percent reduction in deforestation by 2020 alone is meaningless. But if it becomes the context for driving dialogue and change, for getting policies aligned, then it can hit the ground

Maggi is a very successful soy magnate who became governor of Mato Grosso. I met him in 2004 and we started talking a lot since I had a big experiment on one of his farms. But I watched his whole discourse go from, “We have to feed the world, we have to tear down forests” and thumbing his nose at Greenpeace — to realizing that it was good business to embrace sustainability at a broader scale.

He went from winning the Golden Chainsaw of the Year award in 2005, to putting out the most ambitious deforestation reduction target going at the Copenhagen Summit in 2009 — 89 percent by 2020. And Mato Grosso actually hit that target early, in 2012.

It was this amazing turnaround. And I think there you see the market rejecting deforestation from supply chains, helped by this very convenient fact that beef was intensifying on a shrinking area of pasture, opening space for soy and reducing the need to clear forests. 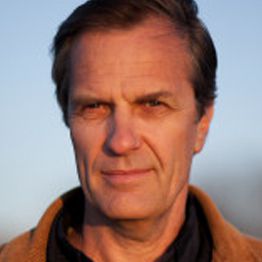 Q: What do you hope people leave the Colloquium thinking about?

A: We really need to simplify and unify forces if we’re going to navigate this climate change, food scarcity, forest conservation crisis that’s emerging. And there’s big evidence that it works — as Brazil shows us.

I think it’s possible to have more food, more forests, fewer emissions and better livelihoods. It can be done.

A: They’re sort of stakes in the ground around which you can move things forward. So governors proclaiming 80 percent reduction in deforestation by 2020 alone is meaningless. But if it becomes the context for driving dialogue and change, for getting policies aligned, then it can hit the ground. And I think these Colloquiums help get the leaders to the table and become part of the public narrative on these issues.

For more information about the Colloquium on Forests and Climate, click here.

Climate Crisis ‘Could Become a Global Revolution’ by Center for International Forestry Research is licensed under a Creative Commons Attribution-NonCommercial-ShareAlike 4.0 International License.
Permissions beyond the scope of this license may be available at Forests News.

The Center for International Forestry Research (CIFOR) is a nonprofit, global organization dedicated to advancing human well-being, environmental conservation and equity. It conducts research that enables more informed and equitable decision making about the use and management of forests in less-developed countries.