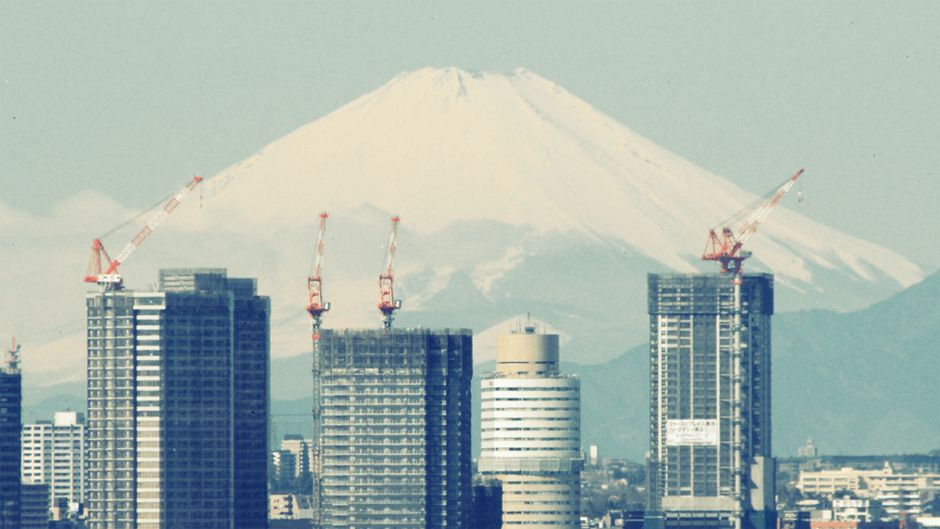 However, urban regeneration research has so far focused on community-based issues, governance aspects and even sustainability, but not much attention has been paid to climate change. With our recent paper we intended to contribute to the literature by enhancing understanding of the potential role of urban regeneration in climate change mitigation and adaptation.

The research was based on two case studies in Japan where the focus of urban planning has shifted from growth to reorganization that is designed to create compact cities in the country’s era of depopulation. There are recent attempts to convert existing regeneration sites into smart districts, where carbon emissions and environmental footprints are lowered. However, further research that strengthens the links between urban regeneration and climate change is required to foment the scale-up of these initiatives.

Urban regeneration is a way to reorganize and upgrade existing built environments rather than planning new urbanization. It is an old concept that has evolved over time. Its roots can be traced back to the 1970s when many cities in Britain and the United States started initiatives, referred to as “urban renewal” or “area improvement”, that focused on physical renewal of inner cities identified as “areas of social deprivation”.

By the late 1970s, economic aspects like revitalization of downtown cores or entire cities were incorporated into renewal schemes and urban regeneration became a more comprehensive concept. Property-led urban regeneration projects dominated urban policymaking in British and US cities in the 1980s, based on the understanding that a supply of new premises for office, industrial and retail activities would facilitate local economic transformation. These projects came as part of the strategies to achieve the “entrepreneurial city”, a new form of urban governance to encourage local economic development.

Nevertheless, the ineffectiveness of the property-led approach in addressing issues of social equity and environmental protection led to incorporation of new goals into the urban regeneration concept. During the 1990s, the environmental benefits of improving existing urban areas were recognized and regeneration projects began to be considered as a means of addressing the three pillars of sustainability: economic revitalization, social justice and environmental protection.

There have been recent attempts to associate urban regeneration with climate policy, but these remain in their infancy and require further efforts to improve their theoretical and practical underpinnings. Current progress is limited to a few examples of regeneration projects that are designed to contribute to climate change mitigation and adaptation along with other objectives.

The regeneration process entails different forms of spatial interventions which could change the form and land use structure of cities in a way that could facilitate the implementation of spatial policies that address climate change.

Perhaps the most fruitful form of intervention is effective utilization of inner-city lands. Through urban regeneration, city governments can make the best use of brownfields and underutilized lands, providing the possibility of employing a “grow-in” strategy to concentrate the majority of new developments in existing urban areas, in the form of mixed-use developments.

Such a strategy may help achieve energy and resource efficiency by preventing urban sprawl and, in particular, reducing commuting time and distance. Further, less energy is consumed in compact cities for urban infrastructure operations. We know that 30 percent of urban energy consumption goes to pumping water and collecting wastewater. So, the more area that a city occupies, the higher the amount of energy used in that city to provide water to and collect wastewater from buildings.

Buildings are among the major sources of carbon emissions due to energy consumption for heating and cooling. Further, poor quality buildings and those sited in disaster-vulnerable (eg., on floodplains) areas are the most vulnerable to climate impacts. In many nations, buildings that will be in use in the next decades are already built. Special attention should therefore be paid to turning existing buildings into low-carbon and less vulnerable structures. Urban regeneration could help in overcoming such building-related challenges, either by retrofitting or renewing existing buildings, as part of the renewal and rehabilitation of inner cities.

Japan has been depopulating since 2005 and, according to projections by Tetsuo Kidokoro, the population of cities of all sizes will start to decrease after 2015. Due to this demographic change, the focus of urban planning and development in Japan has shifted from growth to reorganization. More attention is now paid to turning cities into more compact and sustainable places with a high quality of life.

This could be done by addressing urban problems inherited from a previous period of rapid urbanization, such as urban sprawl, decline in city centres and disaster vulnerability. Further, in line with global and national environmental concerns, greenhouse gas emissions in Japanese cities have to be lowered.

The first case was the Minato Mirai 21 project (MM21) located in the central quarter of Yokohama City in the Tokyo Metropolitan Area. Although initiated in the mid-1980s, the project is still in progress. MM21 was built on 186 hectares of brownfields and reclaimed lands and is currently a mixed-use district, including offices, malls, residences, hotels, cultural centres, a hospital and parks. The main objective of the project is to increase the self-sufficiency of Yokohama by strengthening its central business district.

The second case was Kanazawa City in Ishikawa prefecture in eastern Japan — a mid-sized historical town with a population of 462,361 people. Kanazawa has been encountering problems caused by urban sprawl, such as decline in the city centre, high reliance on automobiles and an increase in carbon emissions. Since the 1990s, the city government has been addressing these problems through several means, including urban regeneration. The “City Center Revitalization Plan”, which covers an area of 860 hectares and includes actions to regenerate the city center, is the primary component of urban regeneration attempts in Kanazawa.

We analyzed the impacts of these two initiatives to tackle climate change by breaking them down by the following aspects: economy and work, buildings and land use, transportation and mobility, infrastructure for resource efficiency, energy consumption and efficiency, and community-based issues.

In addition to the scope and extent of their climate benefits, both cases presented a series of lessons on transforming urban regeneration projects into opportunities to reorganize cities in climate-friendly manners as described below.

Flexibility in project conception and design
Flexibility in the design of regeneration projects can help to incorporate them with new concepts that emerge over time. A main feature of the MM21 project is the delay in its completion due to the economic recession in the 1990s. Slow realization of the project turned out to be an opportunity to eliminate the shortcomings in project design regarding environmental issues. Contemporary concepts like waste recycling, green buildings and smart grids — that did not exist at the time when the project was initiated — began to be incorporated into the project over time. Further, as the project has not yet been fully implemented, city government has had the opportunity to apply new environmental technologies to turn MM21 into a smart district. MM21 is one of the major “Yokohama Smart City Project” areas.

Participation and political commitment
Although community participation is important, it cannot guarantee a climate-friendly and low-carbon city. In the Kanazawa case, where varied stakeholders are involved in decision-making, the overall impacts of the plan have been relatively minor. This is mainly due to the main actors’ weak political commitment and lack of resources to pursue climate change mitigation and adaptation. Therefore, in order to benefit from community engagement, participation mechanisms need to be supported with political commitment and the two should complement each other. Only then can a balance between technical top-down and participatory bottom-up approaches be achieved throughout regeneration practices.

Coordination between city divisions and policies
A sectoral approach dominates policymaking in both cities. Different city administration divisions are in charge of different sectors regarding urban development and environmental management. However, coordination between them seems to be insufficient. For instance, the Waterworks Bureau of Yokohama City takes no particular action on water issues directly related to climate change, as a separate division of the city government is in charge of global warming and climate change.

Considering a similar problem, Kanazawa’s environmental plan draws attention to the need for effective coordination between city divisions to facilitate the implementation of environmental strategies. For instance, Ishikawa prefecture has developed an “Eco-House Project” to raise citizens’ awareness of green buildings and encourage them to install green technologies in their houses. However, lessons from this prefectural project seem to have not been reflected in Kanazawa’s City Center Revitalization Plan.

Binding and structural measures
A main factor that limited the positive impacts of the revitalization plan in Kanazawa is the reluctance of the city’s government to introduce binding measures. Instead, it chose to adopt “soft” measures aiming to achieve behavioural change in the long-run. For instance, the plan avoids restricting car use, although it aims at decreasing the use of private cars for inner-city trips.

Such an approach seems to have prevented the plan from being supported by strong and complimentary measures. Likewise, the limited capacity of the city government to introduce structural measures in certain policy fields resulted in similar outcomes. As Kanazawa’s bus system is run by the private sector, the city government couldn’t introduce structural regulations on the system, and soft policies have been ineffective in overcoming the structural deficiencies in the system. This illustrates that binding and structural measures should be introduced as part of regeneration projects, particularly to ensure compliance and behavioural change.

Our case studies demonstrated that urban regeneration is an instrument of urban policy that has the potential to facilitate the introduction of spatial policies to address climate change. Interventions inherent to the regeneration process could be used to upgrade existing urban environments and hence change the form and land use structure of cities in climate-friendly manners.

Of course, achieving this is not straightforward and hindered by multiple challenges, as noted above. Overall, there remains the need to understand conceptually, and in practice, how urban regeneration could help to both tackle climate change and achieve its main objectives of revitalizing certain areas in the urban fabric.