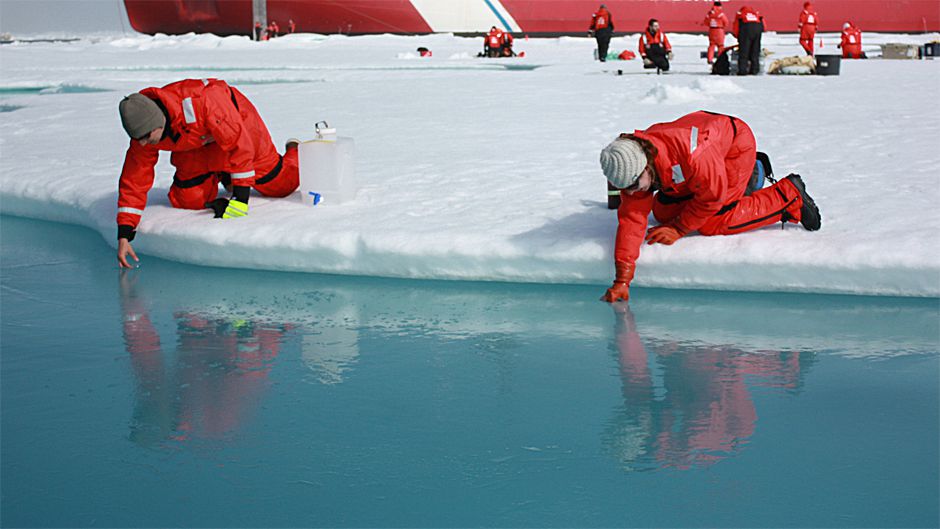 A new analysis of scientists’ articles on global warming and climate change has found almost unanimous agreement that humans are the main cause.

The comprehensive examination of peer-reviewed articles on the topic showed an overwhelming consensus among scientists that much recent warming is anthropogenic — the result of human activities.

The study, the most comprehensive so far, identified 4,000 article summaries, or abstracts, from papers published in the past 21 years which stated a position on the cause of recent global warming.

Its finding that 97 percent of them echoed the consensus view — that anthropogenic global warming (AGW) is responsible for the rise in global average temperatures — is remarkably similar to the conclusion of a smaller study completed in 2004.

The latest study, “Quantifying the consensus on anthropogenic global warming in the scientific literature”, which was led by John Cook of the University of Queensland, Australia, is published in IOP Publishing’s journal Environmental Research Letters.

It did not stop at analysing the abstracts, but went further, asking each author to rate their entire paper using the same criteria. Over 2,000 papers were rated, and among those that discussed the cause of recent warming, 97 percent supported the argument that much of it is caused by humans.

[quote quote=”Our findings prove that there is a strong scientific agreement about the cause of climate change, despite public perceptions to the contrary.” author=”Study lead John Cook” type=”text” ]

The findings contrast sharply with the position on global warming of many Americans. A 2012 poll revealed that more than half of them either reject the evidence that scientists overwhelmingly agree that the Earth is warming because of human activity, or else are not aware of it.

More recently the Yale Project on Climate Change Communication has found evidence showing that this mindset persists widely in the US.

“Our findings prove that there is a strong scientific agreement about the cause of climate change, despite public perceptions to the contrary,” said Cook.

“There is a gaping chasm between the actual consensus and the public perception. It’s staggering, given the evidence for consensus, that less than half of the general public think scientists agree that humans are causing global warming.

“This is significant because, when people understand that scientists agree on global warming, they’re more likely to support policies that take action on it.”
In March 2012, the researchers used the Web of Science database to search for peer-reviewed academic articles published between 1991 and 2011 using two topic searches: “global warming” and “global climate change”.

After limiting the selection to peer-reviewed climate science, the study considered 11,994 papers written by 29,083 authors in 1,980 different scientific journals.

The abstracts from these papers were randomly distributed among 24 volunteers recruited through the Skeptical Science website (the motto of which is “Getting skeptical about global warming skepticism”).

They used set criteria to determine how far the abstracts endorsed the idea that humans are the primary cause of global warming. Each abstract was analyzed by two independent, anonymous raters.

From the 11,994 papers, 32.6 percent endorsed the AGW argument, 66.4 percent stated no position on it, 0.7 percent rejected it and in 0.3 percent of the papers the authors said the cause of global warming was uncertain.

In her 2004 study the American historian of science Naomi Oreskes surveyed all peer-reviewed abstracts on “global climate change” published between 1993 and 2003. She too surveyed the Web of Science database, looking only at peer-reviewed scientific articles.

[quote quote=”The study authors say there are ‘campaigns designed to confuse the public about the level of agreement among climate scientists’.” type=”text” ]

The authors of this recent study write of a “consensus gap” between the fact of scientific agreement over AGW and the widespread perception that there is deep division among scientists.

They say there are “campaigns designed to confuse the public about the level of agreement among climate scientists. In 1991, Western Fuels Association conducted a $510,000 campaign whose primary goal was to ‘reposition global warming as theory (not fact)’…

“The situation is exacerbated by media treatment of the climate issue, where the normative practice of providing opposing sides with equal attention has allowed a vocal minority to have their views amplified…”

Critics who compare those who argue that there is no scientific consensus on climate change with those who insist that smoking is not harmful recall the words of an unnamed US tobacco executive in 1969: “Doubt is our product, since it is the best means of competing with the ‘body of fact’ that exists in the minds of the general public.”

The funds needed to make the study accessible to the public were raised by visitors to the Skeptical Science website.

Visit a new website launched along with the study: The Consensus Project is a peer-reviewed citizen science driven project conducted by volunteers at the Skeptical Science website.