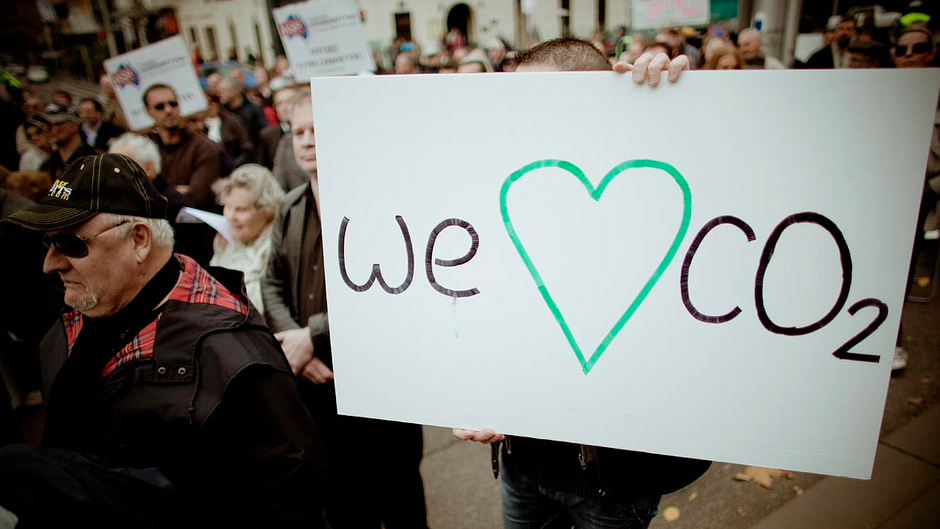 Here are a few things that US-based philosopher and academic Lawrence Torcello has been told about global warming over the last couple of weeks.

It’s a “lie straight from the Jews”, it “isn’t real”, it’s a “hoax” designed to “enslave people” and it’s an artifact of scientists engaged in a “worldwide collusion to hide the truth”.

Torcello himself was told he was both a “faggot” and a “maggot” but not in the same email. Poets, these correspondents were not (he was also called a fascist and a Stalinist — another chance at a rhyming couplet criminally missed).

Torcello is an assistant professor at Rochester Institute of Technology in New York State who a few days earlier had written a story for The Conversation website.

In it, Torcello had taken aim at the “funding of climate denial” which he argued could be considered to be “criminally and morally negligent”. He wrote:

“Criminal negligence is normally understood to result from failures to avoid reasonably foreseeable harms, or the threat of harms to public safety, consequent of certain activities. Those funding climate denial campaigns can reasonably predict the public’s diminished ability to respond to climate change as a result of their behaviour. Indeed, public uncertainty regarding climate science, and the resulting failure to respond to climate change, is the intentional aim of politically and financially motivated denialists.”

Torcello’s article sparked a rage among conservative media and climate science denialist bloggers, who went on to misrepresent what Torcello had actually said.

Some claimed Torcello had written in anger about sceptical scientists, when he hadn’t mentioned climate scientists. Others said he was calling for jail sentences, but he didn’t call for that either.

Blog readers were encouraged to complain to Torcello’s institute.

In sharp irony, climate confusionist Lord Christopher Monckton wrote a letter to RIT suggesting disciplinary action and claiming Torcello had pushed at the boundaries of academic freedom and free speech.

I say irony, because Lord Monckton has previously called for climate scientists (proper ones, doing research in the peer reviewed literature) to be “locked up”.

All of this sparked a deluge of hate mail and phone calls to Torcello’s institution. He estimates upwards of 700 pieces of correspondence.

But Torcello told me despite this, he’d like to see more academics and thinkers considering the moral and legal aspects of climate science misinformation.

“I have been thinking about both scientific literacy and the legality of funded campaigns aimed at undermining public confidence in climate science. It may be the case that a different charge is more applicable than the one I suggest, for example, that “hate speech” more appropriately characterizes such funded campaigns. I would like more philosophers and scholars of jurisprudence to take up the subject of misinformation and harmful speech with regard to climate change.”

Torcello has previously argued that scientists and politicians have a “moral obligation” to acknowledge that a consensus exists on the central points of human-caused climate change, even if they don’t agree with it.

“The reaction to my short article and to some of my other work has convinced me that many people who would otherwise call themselves “scientifically literate” do not understand the nature of scientific consensus. Scientific consensus is not a vague marker of public opinion; it is the result of a deeply sceptical process geared toward transparency and evidence.”

“People seem to be conflating the notions of popular opinion and scientific consensus, when only the latter entails necessarily the vetting of evidence.

But also, Torcello says scientists themselves should acknowledge they have moral responsibilities when it comes to how they communicate their findings.

“I have argued that scientists have a moral obligation to communicate their work as clearly to the public as possible, and to rebut misunderstandings as clearly as possible, when their research is relevant to public policy.”

There will no doubt be plenty of opportunities to “rebut misunderstandings” [this] week when another hefty UN report on the impacts of climate change is released.

Given how Torcello now joins a long list of other academics targeted for work around climate change, many scientists and institutions will need to find ways to manage the potentially intimidating discourse that’s out there.

Perhaps one way might be to feed in words like “nazi”, “maggot” and faggot” into those email spam filters.

Graham Readfearn is a Brisbane, Australia-based journalist writing on climate, climate change denial and environment. He is the author of the Planet Oz blog on the Guardian.