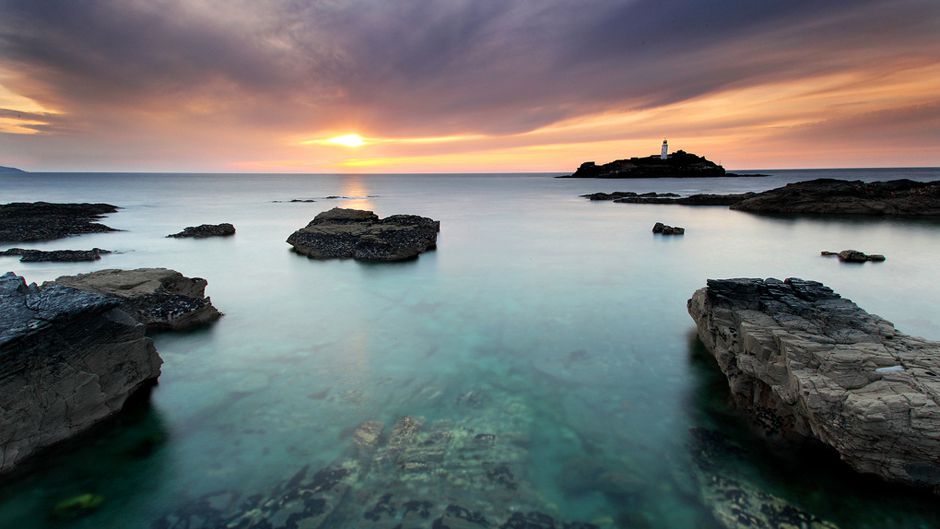 It seems that every year, the annual summit on the United Nations Framework Convention on Climate Change (UNFCCC) grows in importance. This year’s 18th Conference of the Parties (COP18) being held later this month in Doha, Qatar, could be deemed momentous because it comes just prior to the end of the first commitment period of the Kyoto Protocol — the deadline by which 37 industrialized countries and the European community collectively agreed to reduce their greenhouse gas emissions by 5.2 percent before the end of 2012.

And while last month 29 countries met for the Cartagena Dialogue to work on pre-COP18 consensus-building for a legally binding treaty to replace Kyoto, many are not hopeful. This is because important players like the United States (US) are expected to be as uncooperative as ever, and the Least Developed Countries increasingly unified and steadfast in their demands for inclusion and concrete action from affluent Parties. 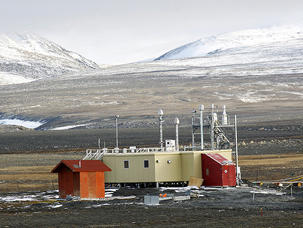 Further dampening hope is that the meeting comes at a time when there are increasing numbers of studies being issued that indicate that human-caused emissions are impacting the climate far more than Kyoto signatories could have imagined back in 1997. Last week two such reports were released, ironically both in the US. One that made news headlines worldwide was an analysis of climate model projections by the US National Centre for Atmospheric Research that found that climate change is likely to be more severe than some models have implied.

The second, prepared for the US “intelligence community” by the country’s National Academy of Sciences, warns that the effects of climate change are expected to impact national security: “Scientific evidence indicates that the global climate is moving outside the bounds of past experience,” the press release states. “The report focuses on… security risks that might arise from situations in which climate-related events have consequences that exceed the capacity of affected populations to cope and respond.”

The UNFCCC secretariat, well aware of the widespread negative view of climate negotiations, launched “Momentum for Change” at last year’s summit in Durban.

“Working towards an international agreement is a complex and difficult process, where climate change mitigation and adaptation are often perceived as burdens rather than as opportunities.”  Thus there is need for a “new initiative that dispels many of the negative perceptions around climate change mitigation and adaptation, and instead focuses on the positive action already underway and on successes already being achieved,” the launch report stated.

This programme “will evolve over time to focus on various important aspects of the overall global climate change effort”. The first “pillar” (sponsored by the Bill and Melinda Gates Foundation) is the Momentum for Change initiative, which is a platform to highlight activities that stem from public-private partnerships, which mitigate or increase resilience to climate change, while at the same time benefiting the urban poor in developing countries.

“Addressing climate change effectively is not only a challenge, it is also an opportunity,” is the essence of the idea. “Growth that is based on high resilience and low carbon is at the centre of all efforts to address climate change. There are myriad opportunities to benefit people directly, while at the same time contributing to global efforts to control emissions or enhance adaptation capacity, and these opportunities have already been seized by many stakeholders, at national or sub-national levels.”

Looking to the lighthouse

“It has been recognized that developing countries will be hit first and hardest by the impacts of climate change. Furthermore, developing countries are faced with tackling poverty and improving living standards in a world with much fewer resources and greater environmental limitations,” the launch report notes.

Activities showcased in Durban included providing farmers in the Horn of Africa with micro-insurance against crop failure, the distribution of clean cook stoves, and the use of solar “bottle lights” in the Philippines.

The projects were put forward by organizations such as ICMM, ICLEI, Global Compact, UNEP, the World Economic Forum, Nrg4SD, GeSI, and the United Nations Foundation.

In selecting the projects to be highlighted, the initiative’s advisory board used a criteria that emphasizes “scalable and replicable actions with measurable impacts that can inspire policymakers, businesses and the general public” (and are not registered under Joint Implementation or the Clean Development Mechanism).

[quote quote=”We have to start with understanding what works and what does not work and learn from the examples, not only how to make things happen but also how to move to scale.” author=”Lord Nicholas Stern at last year’s launch of Momentum for Change” type=”text” ]

This year’s “Lighthouse Activities”, to be showcased at COP18 (three of which are introduced below), are quite varied and impressive. We do hope you find them inspirational.

Solar Sister is a Ugandan social enterprise that aims to make a sustainable, scalable multi-faceted impact by empowering women via economic opportunity in the clean energy field. Through a micro-consignment model, Solar Sister entrepreneurs get a start-up kit of inventory and training and marketing support to bring clean energy directly to their customers’ doorsteps.

Having started in 2009 by training ten women entrepreneurs to sell solar lanterns door-to-door, Solar Sister now counts 171 entrepreneurs in Uganda, Rwanda and South Sudan. These women are bringing the benefits of solar power to more than 31,000 Africans and are further becoming an integral part of the clean energy value chain in Africa. Every dollar invested in a Solar Sister entrepreneur generates over US$48 in economic benefits in the first year alone, through earned income for the entrepreneur and cash savings of her customers.

For example, a solar lantern costing US$18 brings US$163 cumulative savings over a five-year period by displacing kerosene usage. Another US$45 solar lantern plus mobile phone charger brings US$225 in cumulative savings in displaced kerosene usage and mobile charging fees over the same period. At one-tenth the cost of solar home systems, customers benefit from increased savings, extended working hours, better indoor air quality and extended study time for children. (See the table below for more benefits.)

“As the primary consumers of household energy, women are critical for successful adaptation of clean energy solutions. Solar Sister was founded on the belief that investing in women is a prerequisite for large-scale adoption of clean energy technologies at a grassroots level. It is this gender inclusive system approach, combined with a women led enterprise-based model to bring sustainable livelihood opportunities to address energy poverty, that makes the Solar Sister model unique.”

In the Indian city of Ahmedabad, with a population of over 5.5 million, commuting options were limited. An affordable and efficient public transport network was required. A bus rapid transport system (BRTS) began operation in October 2009 and has grown from 12 kilometres of route to 45 kilometres and growing. Passenger numbers have risen from 18,000 to nearly 130,000 today.

Going by the name Janmarg or “the people’s way”, it is designed as a strategic intervention, to attract latent transit demand, improve air quality and help the city remain compact. A closed BRT system with median bus stations, it integrates cycle lanes and pedestrian facilities and its speed of 25 km/h enables faster commuting. Having adapted best practices of BRTS in cities around the world, Janmarg has become the backbone of public transportation in the city.

Access to safe, drinkable water is a problem in many parts of Africa and some methods of water purification can impact the environment. Often, water must be boiled to purify it, using fuel from unsustainable, greenhouse gas-emitting and costly sources like wood or kerosene. In 2011, Vestergaard Frandsen (a Swiss-based company “specialising in complex emergency response and disease control products” and guided by a “Humanitarian Entrepreneurship business model”) launched a breakthrough initiative called LifeStraw® Carbon For Water™.

LifeStraw® is a user- and maintenance-friendly water purification system that needs no fuel. Each family-sized filter can produce a minimum of 18,000 liters of safe drinking water over its 10-year life span. Kenyans using it no longer need to boil water using wood fuel, a traditional necessity, thus reducing carbon emissions. 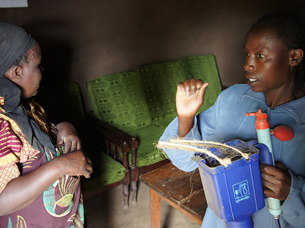 Photo by Engineering for Change.

About 880,000 LifeStraw® Family water filters were delivered to 91 percent of all households without access to safe municipal water in Kenya’s Western Province. This was an investment by the company, which was then recouped via the sale (to energy companies and banks in developed countries that want to reduce their carbon footprint) of the credits received by the company for reducing carbon emissions by about 2 million tonnes of per year. That means 4.5 million people in Kenya now have the ability to treat water in their homes for the next ten years.

This innovative Carbon For Water financing model (which doesn’t cost the government or aid donors anything) can make a significant contribution to global health by proving that new approaches can overcome traditional financial limitations, the company contends.

LifeStraw® Carbon For Water “makes an important correction to the imbalance that exists in the global carbon market. While Africa is considered among the most at-risk areas for climate change, it has historically been on the margins of the climate markets, with less than five per cent of carbon projects having been implemented there”.

Climate Summit Ahead but Light on the Ground by Carol Smith is licensed under a Creative Commons Attribution-NonCommercial-ShareAlike 3.0 Unported License.