Closing the Loop for Those Losing Sleep about Garbage 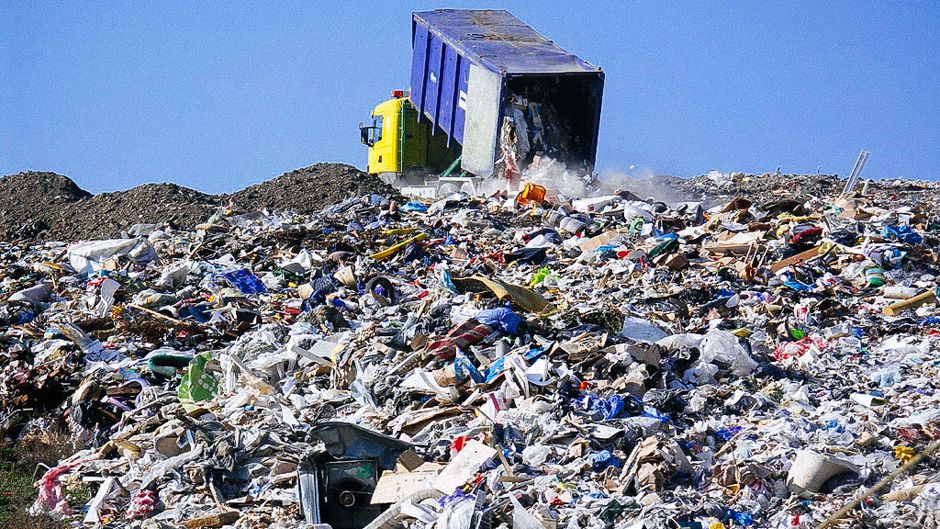 We all know that exponential population growth brings many concerns. With seven billion people roaming the planet, some environmentalists lose sleep wondering how these additional human beings and their progeny will be fed. But what about all the garbage generated by the seven billion of us and counting? Where will our mess end up?

A friend of mine — let’s call her Heidi — has been suffering from insomnia over the increasing amounts of waste deluging our planet’s already overburdened ecosystems. Heidi zeroed in on trash when she moved to San Francisco in the 1980s, encountered formalized recycling, and realized there was a serious consumption/packaging/waste problem.

By the way, Heidi’s grandparents live in the New England house her family built in 1804, with the original made-to-last furniture. There is no cradle-to-cradle for this stuff, it simply endures. Heidi’s grandmother wears the same green polyester pantsuit every Christmas — and has for 45 years! Her family’s commitment to ‘less really is more’, reassures Heidi. She considers frugality noble. Which is how Americans used to view the wise use of resources — the true meaning of frugality, not the negative association of cheapness it’s now given.

Heidi has good reason to freak out over how much trash we generate. The official average for an American is 4.5 pounds of personal trash per day — adding up to 1,642.5 pounds per person, per year. Not pretty any way you compact it. The French create a seventh of the rubbish Americans do, though France still takes the bottom spot on the list of the world’s top 10 garbage producers.

The trash in our landfills is so compacted there’s no oxygen, or soil to enable microbes to do the degrading and nutrient cycling. When garbologists — yes, there actually is a science called garbology — excavate landfills they find legible 50-year-old newspapers, and recognizable 20-year-old hot dogs. So, when manufacturers try to assure you that every little environmental thing will be all right, if you purchase their lovely biodegradable product, it’s a lie.

[quote quote=”Every year Americans use enough disposable diapers that, if linked end-to-end, they could reach the moon and back seven times.” type=”text” ]

Landfills one day becoming lovely recreational areas — that’s an idealistic 1970s fiction. Our detritus is staying put and mutating into leachate (toxic liquid) that percolates down through landfills and can contaminate groundwater. Landfills spew methane and carbon dioxide, adding to greenhouse gas emissions.

My Environmental Biology textbook is a veritable encyclopedia on America’s garbage habits. Every year Americans use enough disposable diapers that, if linked end-to-end, they could reach the moon and back seven times; we throw away 2.5 million non-returnable (but recyclable) plastic bottles every hour; 3,200 plastic bags a second; and 27 million tons of food a year.

A new relationship with our trash

Many of us are recycling our butts off. But consider the statistics: Americans are less than 5 percent of the global population, yet create half of all e-waste, and 33 percent of solid waste (I hope Heidi isn’t reading this).

Slovenian philosopher Slavoj Zizek exhorts us to cultivate a new relationship with our trash. He claims garbage will be the most enduring artifact our present capitalistic-consumeristic-excessive-resource-using civilization will leave behind. He would advise Heidi to stop worrying and learn to love the bomb — or in her case, garbage.

My city, Santa Monica (in California), is aiming for zero waste — meaning no landfill bound garbage — by 2020. With a population of only 92,000, zero waste could be doable. The environmental benefits are obvious, not to mention the energy gain. Those 27 million tons of food that we discard break down and release methane, a potent greenhouse gas that contributes to global warming if not harnessed.

The Hyperion wastewater treatment plant deals with most of the sewage (450 million gallons per day) from the sprawling metropolis of Los Angeles. Hyperion gets 85 percent of its energy needs — in the form of methane — from the waste it processes, by way of anaerobic digestion. Santa Monica’s post-consumer food waste has gone to Hyperion and been converted into methane gas. So the food you can’t compost to nourish your delicious home-grown tomatoes, could power your CFL light bulbs — it’s a win-win.

The US military has to come up with environmentally friendly ways to dispose of waste because soldiers get sick when toxic military trash is incinerated in open pit burns.

Converting hardcore toxic waste into something reusable takes a lot of energy. But with plasma arc gasification (PAG), that’s what happens. Trash is incinerated using heat equivalent to the surface of the sun. Some of it gets blasted back into its components, creating a byproduct known as synthetic gas (or syngas) that is cleaner than natural gas.

[quote quote=”I think turning trash into energy is infinitely sensible. Because ultimately, recycling, while imperative, is a secondary solution that uses energy.” type=”text” ]

The beautiful part is that the syngas powers the process. Another big plus with plasma gasification over conventional incineration is that virtually no dioxins (the most toxic of all substances) are released. Other emissions are also reduced.

US Air Force environmental scientist David Robau promotes PAG as a superior way to dispose of municipal trash, too. The Japanese city Utashinai uses PAG to convert 150 tons of waste daily into energy. The biggest plasma waste facility, which would gasify 400 tons of garbage per day, is slated for Reno, Nevada. It could be operational by 2014.

Some environmentalists caution against plasma gasification, arguing that it would enable the ambivalent to maintain excessive consumption, and sloppy recycling habits. However, I think turning trash into energy is infinitely sensible. Because ultimately, recycling, while imperative, is a secondary solution that uses energy.

Instead, there is a powerful combination we could easily embrace. First, we need to use less stuff, and use it for much longer. Look in your wardrobe for your version of Grandma’s green pantsuit. Let’s make frugality cool again.

Because, seriously, with low-tech wise use of resource strategies we’d reduce waste. Then we have medium-tech anaerobic digestion to transform our organic waste, and we can use high-tech PAG for the nasty toxic mess. Think of the closed-loop energy system we’d create. Heidi could sleep peacefully.

Closing the Loop for Those Losing Sleep about Garbage by Belinda Waymouth is licensed under a Creative Commons Attribution-NonCommercial-ShareAlike 3.0 Unported License.