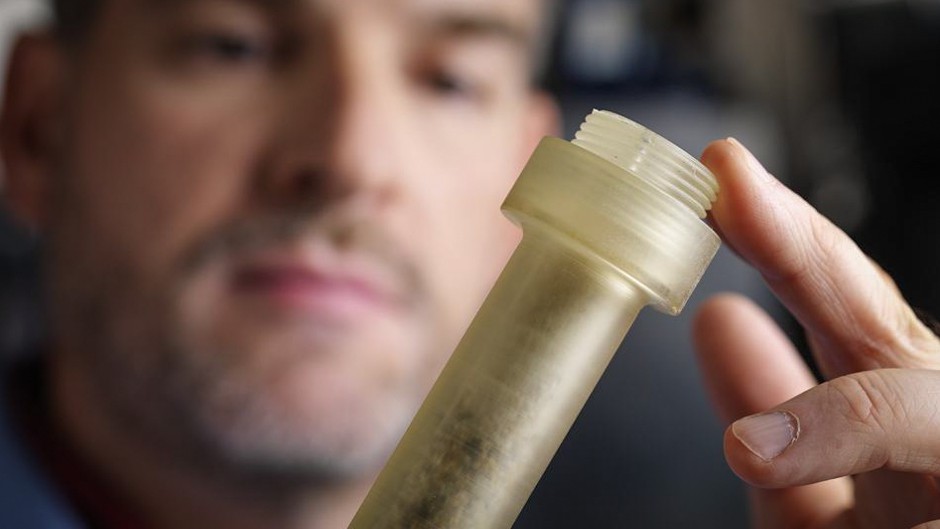 Don’t think of carbon dioxide as a menace to the planetary climate — think of it as a precious renewable resource. That’s the message issued to scientists this week from two conferences looking at key issues related to climate change.

According to Jacques Amouroux, a chemical engineer at the Pierre and Marie Curie University in Paris, carbon dioxide recaptured could be set to work again. Turned back into fuel, it could be used as a form of energy storage; it could be deployed in the manufacture of plastics; and it could be pumped underground to recover even more oil, or force more shale gas to the surface.

There are already experimental projects to exploit captured carbon dioxide. The world is not likely soon to stop producing increasing quantities of the greenhouse gas, so science and industry should look for new ways of using the stuff again, and again, Prof. Amouroux told young researchers attending the Fourth World Materials Summit in Strasbourg, France.

His point is that carbon dioxide might be the end point in the fuel cycle, but it is the beginning of the life cycle. Just as life catalyses carbon dioxide very efficiently into lignins, cellulose, starches and sugars, so there are industrial catalysis systems to turn surplus carbon dioxide back into fuel, or into some other resource, and keep it out of the atmosphere.

“We are carbon; life is only from carbon,” Amouroux said. “Carbon gives us life, carbon gives us food, carbon storage gives us energy. Carbon is the key to our future. It is not a waste. It gives us wood, it gives us sugar, it gives us the cereal. Without carbon dioxide, it is impossible to have any kind of food on the surface of this earth.”
The summit was organised by the European Materials Research Society to address world challenges, and these include sustainable energy and climate change.

Amouroux is not proposing a business-as-usual scenario in which the world goes on burning fossil fuel because it is not concerned about climate change — a problem with catastrophic consequences in the form of flood, drought, heat wave and destructive windstorms.

But he argues that, inexorably, the energy-hungry developing world will go on developing by burning oil, gas and coal. It remains the most immediate and most available resource for most people. Renewables in 2010 provided less than 20 percent of the world’s energy, and fossil fuels the remaining 80 percent.

So the challenge is for the developed world — which uses more than seven times as much energy per capita as the poorer nations — to find and exploit new ways of increasing the efficiency of energy use, and to find economically attractive ways to exploit captured carbon dioxide without adding to the burden in the atmosphere.
Amouroux sees carbon dioxide first as a way of storing the energy generated off-peak by renewable resources: carbon dioxide and water could be turned into methane to serve as a battery into which to store wind, wave or solar energy when demand is low. He also sees liquid carbon dioxide as a supercritical solvent that could be used to recover residual oil in all-but-spent oil fields. And he envisages it as the basis for a feedstock for polyurethane and other hydrocarbon-based products.

Two steel plants in China are converting carbon dioxide into ethanol; a business has invested millions in making methanol from waste CO2 in Iceland; and there are programmes in both Germany and Japan to use renewable energy to convert the greenhouse gas into methane as a form of energy storage. It is, said Amouroux, an opportunity for a new industrial revolution.

Meanwhile, another conference this week in Essen, Germany, discussed carbon dioxide as a useful resource and a business opportunity, looking in depth at the latest technology using CO2 as a feedstock for the chemical industry and for making plastics.

Dr. Gernot Klotz, executive director for research and innovation at the European Chemical Industry Council (CEFIC), stressed the need for a change in our mentality towards CO2 . He told delegates: “Europe can no longer afford to look at CO2 as waste to be disposed of — for example, by burying it underground. We must recognise CO2 as a renewable resource for the future.”

The new plan is CO2 utilization — recycling CO2 as an everlasting raw material and carbon source in a circular economy. Instead of Carbon Capture and Storage (CCS), these new technologies are called Carbon Capture and Utilisation (CCU).

As well as the possible uses mentioned above, CO2 could be used as an enabler for artificial photosynthesis. A potential use for waste gases from power stations is to breed algae that are rich in oils and can be turned into bio-fuel.

Dr. Klotz, who is also a board member of the European Technology Platform for Sustainable Chemistry (SusChem), said carbon dioxide was the only renewable resource Europe had in abundance, and it could play a vital role in ensuring Europe’s future as a competitive economy.

Scientists believe that carbon dioxide will become a vital resource when fossil fuels begin to run out.
The chemical industry needs a constant supply of carbon atoms for their production cycles, and carbon dioxide captured to stop it reaching the atmosphere could meet that need. Preventing the carbon dioxide causing climate change would mean repeatedly recycling it, rather than “wasting it” by venting it into the atmosphere.
The scientists point out that life on Earth has thrived successfully for 3 billion years — relying only on carbon dioxide in combination with water and solar energy to keep life going.

CO2 is Vital Asset for Planet’s Future by Tim Radford is licensed under a Creative Commons Attribution-NonCommercial-ShareAlike 3.0 Unported License.  Permissions beyond the scope of this license may be available at ClimateNewsNetwork.net.