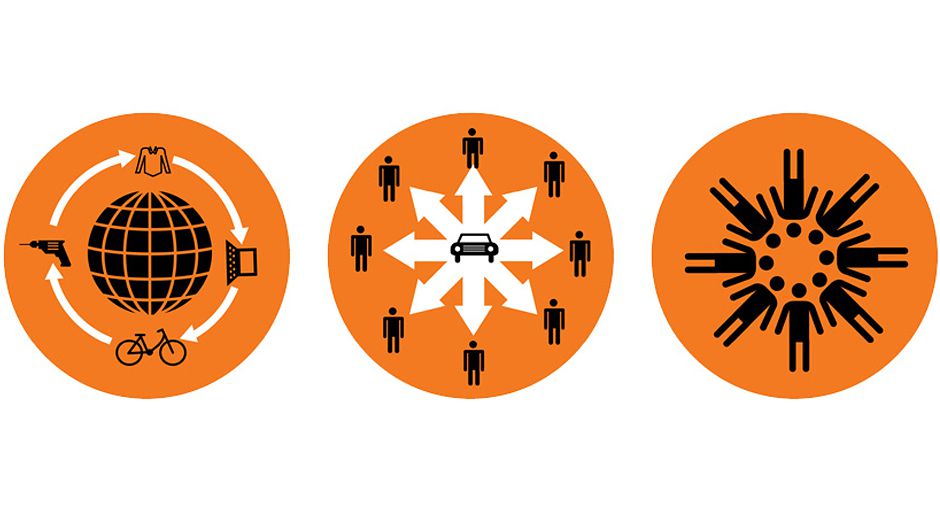 Having dabbled in all things environmental since the 1980s, I have seen a parade of planet saving buzzwords, concepts and new approaches come and go. There have been lines of environmental gurus queuing up at different events to push their ideas about how to save the planet — soft energy pathways, factor four, natural capitalism, zero emissions, eco-restructuring — and on and on.

It is funny how the gurus never seem to stop pushing their theme to instead turn around and say “you know what, her solution is actually better than mine.”

Unfortunately, in my experience, many of these answers and ideas — while they make for entertaining presentations — remain remote from regular people. You can read the book, watch the film, attend the workshop and listen to the speech, but you may be hard-pressed to point to an instance of where you have recently had first hand experience of the wonderful new approach that the guru is trying to sell.

So it was surprising the other day to realize that my young daughter was talking to me about the concept of collaborative consumption — even though she had never read a book or listened to a talk about it.

I had offered to buy her some music CDs as a reward for getting good scores at school and she replied, “Actually, downloading from iTunes is a lot cheaper.”

Indeed, that is obvious. I should have thought about iTunes first, but I am someone who still thinks in terms of music on CDs while my daughter has moved on. She knows about “product service systems” although she doesn’t use that term. It is one of three central ideas underpinning collaborative consumption. Basically, my daughter is interested in the music, not the CD, and the film, not the DVD. And it may be true to say that collectively, we are all beginning to shift our focus from products to services.

Collaborative consumption is all around you

I have now begun to look for other examples that fit within the collaborative consumption model. Living in Tokyo, I was surprised to find so many. For instance, every weekend I walk with my family down to the local shopping centre, where we can sell our old books, music CDs, DVDs and games at a shop called Book Off (you can now find them in the United States as well). They pay you cash on the spot and will then sell your stuff just like in a regular store. I can take my old computer to Tokyo’s Electric Town (Akihabara), where various computer stores might buy it. Even in my neighbourhood, there is small store that will buy and resell old Xbox, PlayStation and other game consoles.

This is the second collaborative consumption idea: something called “redistribution markets” — the fourth “R” after reduce, reuse and recycle. It is the basic notion that you don’t need to own something and store it in your house to benefit from it. Rather, after you have used it, there are businesses that will help you sell it on to others.

The third idea behind collaborative consumption is described as “collaborative lifestyles”. I cannot really think about any examples here in Tokyo — unless you include the age-old tradition of public bathing, which still exists in every neighbourhood although I haven’t been to my local bath for a while.

Perhaps another example is car sharing. Recently I have come across several car share schemes in parking areas near my home with a company called Park 24 running a service called Time Plus. To use this service, you must become a member and you can reserve your car online. There are already nearly 400 Time Plus stations nationwide.

I learned about the term collaborative consumption from Rachel Botsman and Roo Rogers, who describe themselves, respectively, as social innovator and serial entrepreneur. Admittedly I have not had the chance to read their book — What’s mine is yours: The Rise of Collaborative Consumption— but I did check out the website and watched the impressive TEDxSydney presentation by Botsman.

Botsman and Rogers are the gurus of collaborative consumption and they are on a mission to make sharing cool. They argue that “collaborative consumption describes the rapid explosion in traditional sharing, bartering, lending, trading, renting, gifting, and swapping reinvented through network technologies on a scale and in ways never possible before.”

In their book, they point to lots of examples of collaborative consumption in practice — from eBay and Craigslist, to emerging sectors such as social money lending (Zopa) and car sharing (Zipcar). They chart the evolution of the car market, from car ownership to peer-to-peer car rental, i.e. letting someone use your car, when you are not using it and vice versa (see graphic).

One point they like to emphasize is that collaborative consumption can bring real environmental benefits by encouraging us to move away from the “hyper consumption” that creates mountains of waste to collaborative consumption where we get by with less. Unlike many environmentalists, they argue that this can be done when people come together to share resources, as Botsman states, “without sacrificing their lifestyles or their cherished personal freedoms.”

Reversing any trends, any time soon?

Sounds too good to be true? Well clearly, although the collaborative consumption movement is very visible and spreading like wildfire, it is still only a drop in a huge consumption ocean. In 2009 alone something like 51 million cars were produced in the world  and so far in 2010 we have sold 266 million computers and 101 million bicycles, a fraction of which are being shared.  We really have a long road to travel before we can truly shift from the 20th century model of hyper consumption to the 21st century model of collaborative consumption.

Furthermore, for many, collaborative consumption may seem like a step backwards to times in the past when not everybody had, or could afford, a computer, TV, car and so on. Though I recall with some nostalgia how when TVs first arrived on the scene in the 1960s, I used to go to my next door neighbour’s house to watch kids programmes because we did not have a TV. Perhaps there was more of a sense of community in those days and the idea of sharing did not seem out of place. Not sure how much that kind of thing happens nowadays.

So, is collaborative consumption a road worth taking? One warmly reassuring aspect of this approach is that there is already enough stuff out there to maintain our comfortable lifestyles in many of the richer parts of the world if we can agree to collaboratively share it along the lines that Botsman and Rogers suggest, rather than fighting over it.

However, that is no consolation for those who are currently without. Ideally, if things don’t go badly wrong, perhaps the developing world can learn from our mistakes and leap-frog to a better quality of life through collaborative consumption. That is something worth believing in.

Uncovering the Carbon Footprint of Everything