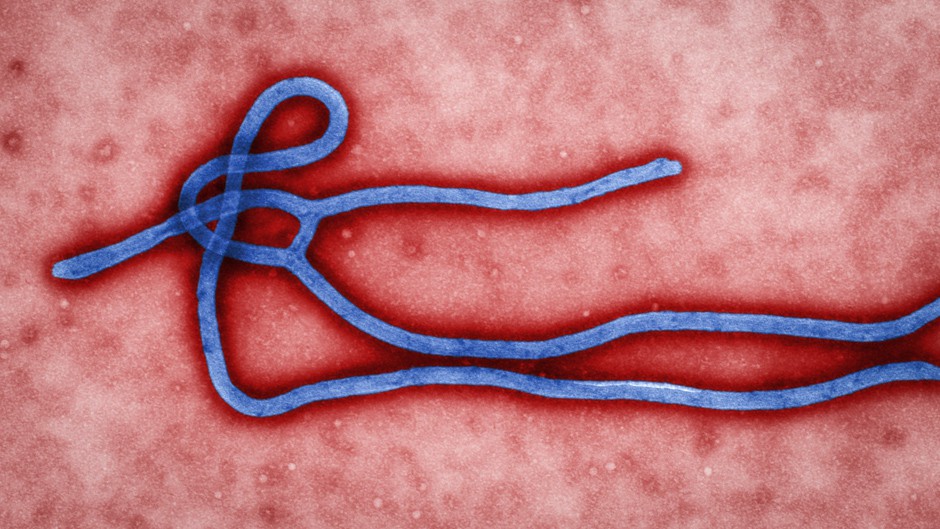 The raging epidemic of Ebola virus disease in West Africa underscores the urgent need for international cooperation for emerging and re-emerging infectious diseases. With its epicenter in Guinea, Sierra Leone and Liberia, the World Health Organization reports that the virus has killed over 1,000 people in the affected countries.

Ebola is a highly dreaded disease. With a fatality rate of about 70 percent, the virus has no cure or vaccine. It spreads through contact with infected bodily fluids, organs or contaminated environments. Early symptoms like fever, muscle pain, headache and fatigue are followed by vomiting leading to internal hemorrhaging and organ failures, and external bleeding from the eyes, ears and mouth.

Guinea, Sierra Leone and Liberia are not only poor; they are “post-conflict countries” with under-developed public health infrastructure, governance and public institutions. A few weeks ago, 39-year-old Dr. Sheik Umar Khan, Sierra Leone’s only specialist in viral hemorrhagic fever, died from Ebola after treating over 100 patients infected by the virus. As with past epidemics, the rapid movement of people across national boundaries is a major factor in the spread of the virus.

Nigeria, Africa’s most populous country with over 150 million people, reported the first probable case of Ebola involving Patrick Sawyer, a 40-year-old Liberian national who traveled from Monrovia, Liberia, to Lagos, Nigeria, by air via Lome, Togo, on 20 July.

According to the World Health Organization, Sawyer was “symptomatic while traveling, and was admitted to a private hospital immediately on arrival and died on 25 July″ in Lagos.

Preliminary laboratory analysis of a sample conducted at the Lagos University Teaching Hospital tested positive for Ebola. The Nigerian Minister of Health, Onyebuchi Chukwu, has announced that the five confirmed Ebola deaths so far recorded in Nigeria all had contact with Sawyer including Dr. Ameyo Stella Adadevoh, a senior consultant physician who was a member of the medical team that attended to Sawyer. With the rapid spread of Ebola in West Africa, the World Health Organization, on 8 August, declared the virus an international emergency — an extraordinary event constituting an international health risk.

The Ebola crisis in West Africa is no longer an internal problem of Guinea, Sierra Leone, Liberia, and Nigeria. The entire Economic Community Of West African States sub-region, with 16 nation-states and an estimated population of 350 million, is now at risk.

The world is also at risk given the number of foreign aid workers, especially from the US in these three poor West African countries. A US relief agency repatriated two staff members who caught the virus in Liberia last month. [Last week both patients were discharged from Emory University Hospital in Atlanta. Both are said to have recovered from the Ebola virus and were allowed to return to their families.]

Hundreds of US Peace Corps volunteers have been evacuated from affected countries. With the rapid movement of people through air travel, it is extremely difficult to predict exactly where the next cases of Ebola will be detected.

As with most infectious disease outbreaks, many countries have announced measures aimed at protecting their borders from the West African Ebola epidemic. Screening of travelers from the affected countries for Ebola symptoms has intensified in international airports across the world. The US Centers for Disease Control and Prevention (CDC) has issued a Level 3 travel warning to Americans to avoid nonessential travel to Guinea, Liberia, and Sierra Leone.

Nigerian carrier Arik Airlines has announced the cancellation of all flights to Sierra Leone, Guinea and Liberia until further notice. British Airways has suspended flights to and from Sierra Leone and Liberia until the end of August. Saudi Arabia is reportedly considering banning pilgrims from the Ebola afflicted countries from coming to Mecca. Preemptively, Korean Air has suspended all weekly flights to Nairobi, Kenya, one of Africa’s hubs for international travel, even though there have been no reported Ebola cases in Kenya so far.

While some of these measures may be rational, others may be excessive, and without any scientific justification. If the incubation period of Ebola is between two to twenty-one days, then mandatory airport screening will be a costly measure with very limited practical value since it is unlikely to detect any arriving passengers infected with the virus.

According to CDC Director Tom Frieden, “this is the biggest and most complex Ebola outbreak in history,” and the World Health Organization (WHO) Director-General Margaret Chan acknowledges that the virus is spreading faster than the efforts to control it.

To control the epidemic, the affected countries need urgent external technical, financial and logistical assistance from all relevant actors and institutions. The World Bank has pledged up to US$200 million in emergency funding to help fight the spread of Ebola in West Africa. The WHO director-general and the presidents of the Ebola-impacted West African nations have launched a new joint US$100 million response plan as part of an international, regional and national campaign to control the disease.

There is an urgent need for effective coordination of all forms of external technical assistance to the affected countries. With its constitutional mandate to act as the directing and coordinating authority on international health work, WHO should lead this initiative in collaboration with the relevant national health institutions like the CDC, and nongovernmental organizations like Doctors Without Borders.

In deploying all known public health and epidemiological principles and practices — surveillance for early detection of cases, isolation of infected persons, sensitization of the public on good preventive practices, and sharing of known data — it is important to sensitize all countries, especially the countries in the region, against the use of excessive measures that do not serve any public health purpose. The measures enumerated in the WHO’s International Health Regulations (IHR 2005) provide “a public health response to the international spread of disease in ways that are commensurate with and restricted to public health risks, and which avoid unnecessary interference with international traffic and trade”.

This article first appeared in the Japan Times on 22 August 2014; reprinted with permission.

All rights reserved, The Japan Times.