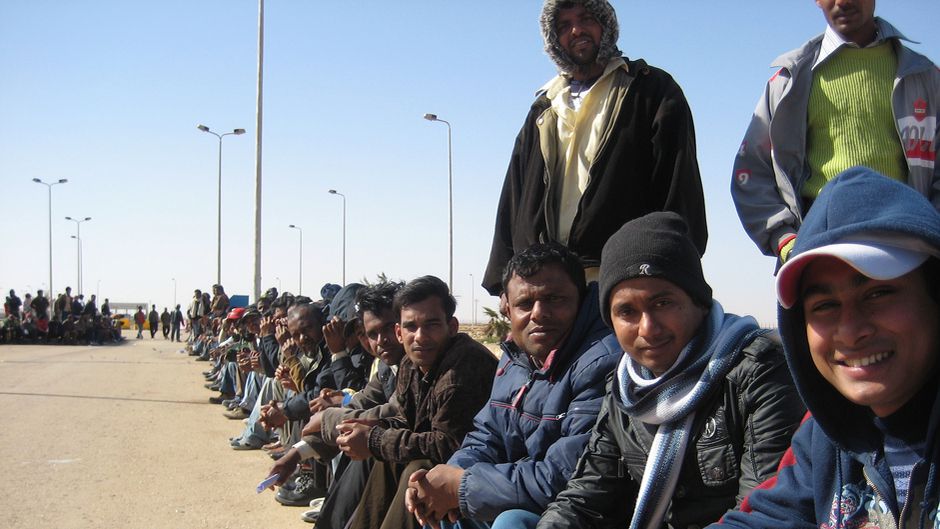 This year is a crucial period for international migration policy. It sits between the second United Nations High-level Dialogue on International Migration and Development, convened in late 2013, and the ongoing formulation of the post-2015 Sustainable Development Goals (SDGs).

As such, the twelfth Coordination Meeting on International Migration held from 20–21 February 2014 was particularly significant. Hosted by the UN Department of Economic and Social Affairs (UNDESA) in New York, this year’s meeting was attended by a range of key actors. Participating on behalf of the United Nations University (UNU), I took the opportunity to introduce the new UNU Migration Network and the Network’s focal institute, the new UNU Institute on Globalization, Culture and Mobility (UNU-GCM).

There are three key events that make 2014 crucial for international migration policymaking; the first being the above-mentioned second United Nations High-level Dialogue on International Migration and Development that took place in October 2013. Seven years after the first High-level Dialogue, this event galvanized the international community to consider migration with renewed intensity. Indeed, the gathering uncovered a significant amount of consensus among UN Member States as well as other actors in the area of migration — so much so that Member States (promoted by Mexico) developed a Declaration making significant commitments to improving the situation for migrants. This included the intention to incorporate migration into the post-2015 Development Agenda.

Two other documents are also worth mentioning: the Secretary General’s Eight Point Agenda for Action and a global civil society document calling for eight key goals to be met over five years. There will be much work ahead for the international migration community — including Member States, members of civil society and international organizations — to ensure that the good intentions of the Declaration and these other documents can be realized.

The second key event combines the culmination of the Millennium Development Goals (MDGs) in 2015 and the final design of a set of goals to follow them. The MDGs are a set of eight targets for global development that emerged from the Millennium Declaration adopted by the UN General Assembly in 2000. In 2015, assessments will determine whether these goals have been met and the international community will launch a new set of goals — the SDGs. During the High-level Dialogue in October 2013, Member States agreed that migration and its importance to development should be reflected in the SDGs. However, the way in which this should be done is a matter of contention.

At the Coordination Meeting last month two main logistical options were put forward: the creation of a stand-alone goal relating specifically to migration, or the explicit integration of migration across the other goals. It was also apparent that there is a range of understandings regarding what aspect of migration and development should be incorporated.

For some, the contribution that migrants and migration make to state development is key and the SDGs should reflect this and facilitate it. For others, it is more crucial that the human development of migrants be prioritised into the goals, with specific protection for the human rights of migrants, their families and their communities. The Report of the High-Level Panel of Eminent Persons on the Post-2015 Development Agenda published in 2013 already paid tribute to the importance of migration to development. That said, it is worth noting that among the 55 topics of interest to the SDG process, migration still does not feature (the topics arose from The Future We Want outcome document adopted at Rio+20 and also include elements from Agenda 21 and the Commission on Sustainable Development). The content of the SDGs will eventually be proposed by the Open Working Group. It is possible to follow the progress of their deliberations through the documents published on their website.

The third important occasion to be mentioned here is the upcoming Global Forum on Migration and Development (GFMD). At the first High-level Dialogue in 2006, then Secretary General Kofi Anan supported the launch of a more regular and informal process for Member States to share good practice in migration policy. Since then, there have been six GFMDs, each hosted by a different Member State. The hosts so far have been Belgium (2007), the Philippines (2008), Greece (2009), Mexico (2010), Switzerland (2011) and Mauritius (2012). The next event will be hosted by Sweden in May 2014.

Each host has designated a set of themes and has slightly changed the structure of the event. This includes evolution in the sorts of stakeholders that are included , and at what point, in the proceedings. For example, Mexico gave civil society more autonomy around their inclusion in 2010, and Sweden, as this year’s host, has extended the amount of shared time between civil society and Member States. Sweden (like other hosts) has also made a particular effort to include representatives of regional governments and of the business community in the discussions. It will be interesting to see how this plays out in May.

The participants at the Coordination Meeting in February recognized some key challenges to be addressed. This section will offer a quick overview of some of these matters, and more information can be found through the links available the event’s official page.

Peter Sutherland, the Special Representative of the Secretary General on International Migration, voiced general concern with regard to migration and state development, noting that “migrants are a natural resource that we squander through inattention”. He argued that “migration is one of the fastest and most powerful solutions to address poverty” and concluded that, for this reason, it is crucial to follow through on the commitment to reduce the cost of migrant remittances.

While it was generally agreed that this was necessary, some were concerned that migrants should not be expected to carry the development burden that States and others should be shouldering. Indeed, at a side event organized on 20 February 2014 by People’s Global Action, a civil society organization, it was noted that remittances need to be considered at the same time as other capital flows, such as debt repayments. Many at the Coordination Meeting emphasized the importance of labour rights for migrants, including, in addition to normal workplace rights, for example, transportability of pensions and property.

Professor Michael Doyle of Columbia University took this further. He argued that, while “there is a genuine place for migration to be considered as part of the partnership goal”, at the same time it is crucial to focus on migrants themselves and to ensure that migrant rights are central to the development agenda. This echoed an earlier comment made by a representative of Bangladesh.

While the rights of migrants include labour rights, concern was also voiced about some of the specific rights violations experienced by migrants. Crucial amongst these are those relating to trafficking. A representative of the United Nations Office on Drugs and Crime, which has a mandate in this area, described advances in tracking and convicting traffickers and smugglers, reflecting also that there is an extremely large amount of work still to be done. Although he commended their anti-trafficking work, François Crépeau, the Office of the High Commissioner for Human Rights Special Rapporteur on the Rights of Migrants, voiced a concern at the conflation of trafficking and smuggling, a concern he had also raised at the High-level Dialogue. The protection of particularly vulnerable migrants was also mentioned and emphasis was put upon the needs, both of migrants in situ and migrants in transit. This point was made in the context of UN High Commissioner for Refugees and their people of concern, and by the NGO Committee on Migration. The needs of female and child migrants were specially mentioned by UNICEF and UNWomen among others.

Methodological matters were also addressed. For example, the Ambassador of Mexico referred to the need to recognize the importance of NGOs in the development of migration policy and several speakers recognized the need to look to different types of data and data collection in understanding global migration, including a greater use of qualitative research alongside traditional quantitative approaches. Those present also emphasized the importance of including useful migration and development indicators within the structure of the SDGs. Meanwhile, the insufficiency of comparable data on migration was also acknowledged as something that would need to be improved in order to serve any future indicators. It was generally agreed that better data collection and analysis would support the sort of good evidence-based policymaking that the Secretary General has called for.

The role of UNU

UNU has been involved in these processes for some time, providing crucial research in each of the areas of concern discussed above. The institutes of UNU have supplied background papers, resources and interventions, and UNU-GCM will be providing an expert for the upcoming GFMD. Professor Parvati Nair, Founding Director of UNU-GCM (focal institute for the UNU Migration Network) will be speaking on empowerment in the context of migration.

UNU’s spoken contribution to the twelfth Coordination Meeting also highlighted the new UNU Migration Network’s particular capacity to supply a range of methodological and other expertise to the development of the evidence base needed by policymakers. Indeed, those present at the Coordination Meeting appreciated this strength of UNU, and particularly of the new UNU Migration Network. It is hoped that UNU can continue to strengthen its contribution to evidence-based policymaking in migration and development.

Since its inception, UNU has been intended to act as a bridge between the United Nations system and academia, a bridge that should, and does, provide links in both directions. However, there is another aspect that UNU can contribute. Alongside its involvement in the United Nations and government-led processes, UNU-GCM has been involved in international civil society processes. A report on the relationships between these various forums will be available from the website of UNU-GCM in the coming months.

Coordinating the Future of International Migration Policy by Tendayi Bloom is licensed under a Creative Commons Attribution-NonCommercial-ShareAlike 4.0 International License.