COP26: The Psychological Game Behind a Successful Negotiation 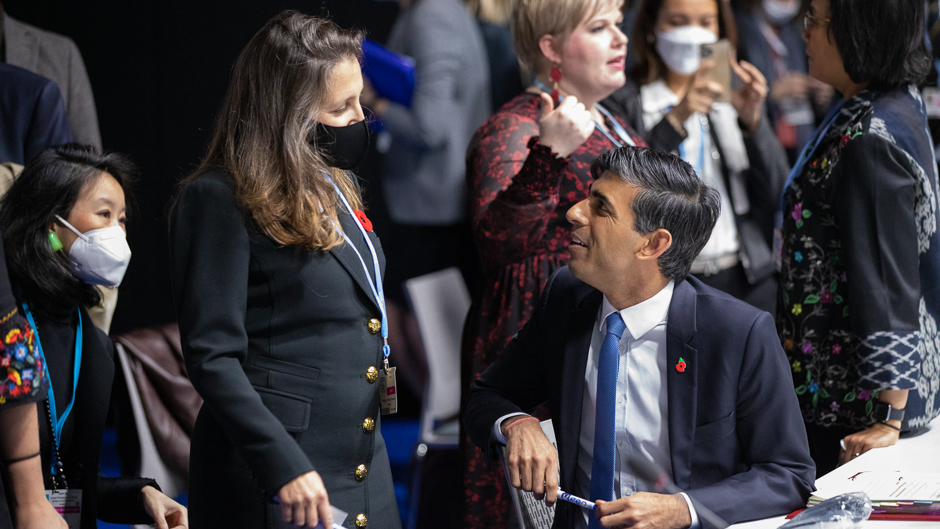 Whether we are consciously aware of it or not, we negotiate in every aspect of our daily lives — whether it be persuading a child to eat their vegetables, haggling over a property price, or discussing the terms of a job offer. Negotiation can be viewed as “back-and-forth communication designed to reach an agreement when you and the other side have some interests that are shared and others that are opposed”.

Although we negotiate every day, doing so successfully is often challenging because the context is always different: what you stand to gain or lose, the people involved, and their chosen tactics will all differ from one situation to another.

Multilateral negotiations which involve a large and diverse group of countries — especially those covering such complex issues as COP26 —are particularly challenging. Psychological factors must be taken into account for this type of negotiating scenario, where the outcome is so important to the future of the entire global community.

Previously, negotiation research has mainly focused on strategies and tactics, such as leverage, alternative options, offers or solutions, or simple transactional deals. But more recently, researchers have begun to examine the complex interplay of psychological factors, including cognitive biases and emotions that may affect the individual behaviour of negotiators.

One recent study showed how a co-operative tone of conversation increases the chance of a favourable deal and improves relationships. It does not have to be a choice between maximising your own success or having a satisfied opponent. A conversational strategy can help negotiators achieve both.

Managing emotions is also key to negotiation tactics. Anger can often harm negotiations by escalating conflict, reducing joint gains, decreasing cooperation, and intensifying competitive interaction. This likely relates to the idea of zero-sum bias, where some parties see negotiations in purely competitive rather than co-operative terms. This way of thinking causes people to believe that for one person to gain something, someone else must lose something equivalent, which can lead to an antagonistic negotiation.

Successful negotiators usually recognise the importance of psychological factors, and are able to tailor their tactics to the various obstacles. It is crucial to build rapport with other parties, and establish more cooperative approaches so that both sides can achieve a win-win solution. This is borne out through long-term relationships rather than one-off wins, as most negotiations occur within ongoing relationships.

The challenge of COP26 negotiations

There are several obstacles that make international negotiations on climate change extremely challenging, but there are still clear reasons to play the game. Although climate action is a long-term process — and we are unlikely to see improvements for decades — global leaders know that short-term inaction, while easier, may be a very costly gamble.

This is delayed gratification — resisting the temptation of a smaller but more immediate pleasure to obtain a larger, valuable and long-lasting reward later on. A series of classical studies revealed that overcoming such resistance is far from easy for most people. There will always be the temptation to give up on climate action, given the enormous uncertainties of the associated costs and gains, and the huge challenges involved.

Other issues also influence the tactics of the negotiators from each nation. While some countries are extremely rich, others are desperately poor. Developing nations may claim that climate change was “caused” by rich developed nations and so the onus is on them to find a solution.

Some countries, especially small island states, are particularly vulnerable to climate change and quite reasonably fear that they will disappear under rising oceans in just a few decades. Other countries face severe and repeated droughts, while tropical areas suffer unprecedented rainfalls. In parallel, countries sitting on large reserves of fossil fuels claim the right to use and profit from their own resources, but others argue for an equal share of atmospheric greenhouse gas emissions or simply insist on renewable alternatives.

These multiple asymmetries can lead to very different points of view on climate change, invoking different ideas of what is “fair”. This can lead to each country seeking to advance their own interests, thus making it all the more difficult to reach an agreement.

But psychology can potentially help leaders to forge an effective plan which is so crucial for the future of our planet. Negotiators from each country should try to understand what is at stake for their counterparts to facilitate negotiation. They can look to provide alternatives as part of a problem-solving process instead of simply competing over an agreement.

As climate cooperation is not a zero-sum game in which one’s own interests conflict directly with counterparts, negotiators need to frame the negotiation cooperatively to seek pragmatic solutions to “stretch the pie” — increasing the value that all sides can claim from the negotiation.

Most important of all is the issue of trust. Delegates at the table will be expected to commit to a series of agreements that they cannot be sure that other nations will uphold. This relates to a social game theory such as the prisoner’s dilemma where rational players might not co-operate even though it would be in their combined best interest to do so.

But they should not see climate negotiation in this way. Global leaders need to find a solution where the agreed international climate cooperation agenda can be monitored, remain transparent and be verified as part of negotiations.

COP is an opportunity for a collective, cooperative, non-zero-sum psychological game that can achieve the dual goal of ensuring leaders meet their international obligations to our planet — and to each other — which in turn can also help to guard against the rise in nationalism which could harm future international co-operation in numerous key areas.

Since COP26 began, we have been flooded with reports on the chaotic nature of the situation in Glasgow, especially relating to issues of non-inclusivity. Numerous criticisms have been levelled at organisers due to a lack of attendees from regions such as Latin America, Africa, and parts of Asia, and the exclusion of people with disabilities.

A cooperative approach is imperative for successful negotiation. So as COP26 enters week two, we must hope that any anger has subsided and a fully inclusive and co-operative atmosphere will prevail.