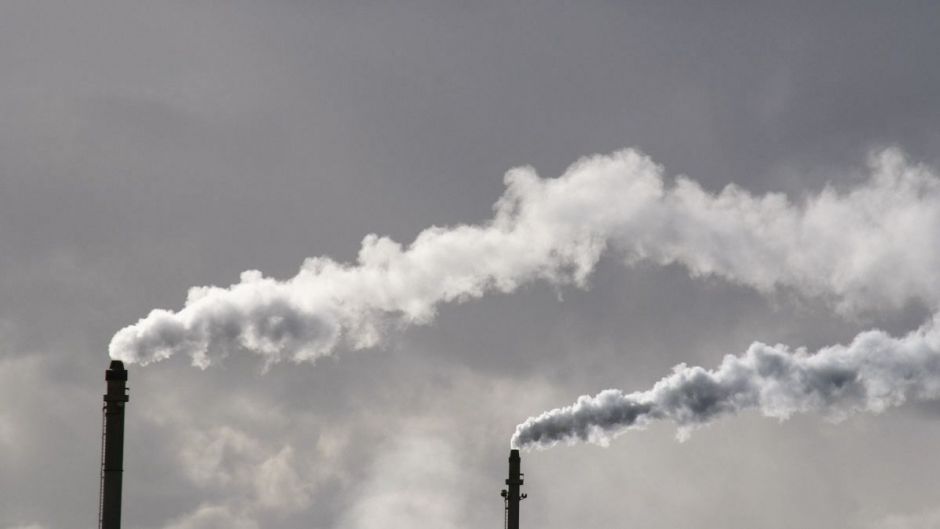 Two of the top thinkers on climate change explain why the the most important political gathering of our time will succeed or fail.

The two defining challenges of our century are managing climate change and overcoming poverty. And if we fail on one we will fail on the other. So the world faces a stark choice at the United Nations climate change conference in Copenhagen.

Do we collaborate and act to reach a strong political agreement that both decisively cuts the devastating risks posed by climate change, and rapidly opens up the opportunities offered by low-carbon economic growth? Do we in that way set ourselves to overcome poverty and promote prosperity? Or, do we give way to narrow, short-term interests, quarrelling, lack of ambition and delay, thus allowing the risks to the climate to grow to dangerous levels which will derail development in both rich and poor countries?

Given what is at stake, essentially the future peace and prosperity of the planet, world leaders must now recognise that Copenhagen is the most important international gathering of our time. A strong political agreement can and must be reached in Copenhagen. There can be no excuses for failure.

Recent weeks and months have shown country after country raising their ambitions on controlling emissions. It is now clear that if countries move together and they find ways to extend their action we could set the world on a responsible path. We can now see that it is possible to achieve an agreement that is effective, efficient and equitable. It will allow us to avoid the biggest risks of climate change, to overcome poverty worldwide and to usher in an exciting new era of prosperity based on a much more attractive and stronger form of economic growth – sustainable low-carbon growth.

Through innovation and investment in greener and more energy efficient technologies in the next two or three decades, the transition to the low-carbon economy can be the most dynamic period of growth in economic history. And the low-carbon world we can create will also be quieter, cleaner, more energy-secure and more biologically diverse.

For this to happen, there is a fierce urgency for leadership. The developed world in particular must face up to its responsibilities on both development and climate change. It will require radical change and significant resources.

I believe we are now seeing strong momentum towards an agreement. Increasingly ambitions are being raised and shared. The developing world, if the rich world plays its part, will accelerate its actions and we can create an international collaboration, which can transform the way the world works together.

Three issues hold the key to agreeing an effective and equitable framework in Copenhagen. First, to have a reasonable – around 50% – chance of avoiding an increase in global average temperature of more than 2°C above preindustrial levels, we must reduce annual worldwide emissions from the present level of just under 50bn tonnes of carbon-dioxide-equivalent to 44 billion tonnes in 2020, much less than 35 billion tonnes in 2030 and well below 20 billion tonnes by 2050 – or as sometimes expressed, at least 50% below 1990 levels.

Second, the need for national targets both to add up and to be fair means that the European Union, Japan and the US, should achieve emissions reductions of at least 80% by 2050, compared with 1990. Developing countries, including China and India, also need to limit the growth of, and then start to decrease, their emissions, but in ways that are consistent with their ambitions for continued economic growth and the reduction of poverty.

Third, given the relative wealth of rich and poor countries, the rich countries responsibility for the bulk of past emissions, and the urgent need for action, developing countries must receive reliable and substantial support from the rich nations for their climate action plans. This is necessary both for their plans to reduce emissions and also to overcome the additional challenges that climate change will pose for their efforts to tackle poverty.

Developed countries should show the extent of their commitment by providing $50 billion per year by 2015, rising to $100 billion in 2020, and progressing to around $200 billion during the 2020s as effective low-carbon and adaptation programmes are developed and implemented.

Crucially, financial support should be additional, beyond existing official development assistance. While these might sound like large sums, $50 billion is around 0.1% of the likely gross domestic product of the rich countries in 2015, and is very small compared to the costs we will face if we do not secure a strong international agreement to tackle climate change. The immediate priorities for spending should be halting deforestation, supporting adaptation in Africa and other vulnerable nations, and supporting technological change throughout the developing world.

We are seeking at Copenhagen an organisational framework with strong political commitment rather than a formal treaty. A formal treaty can follow in 2010 if the political framework is clear. But without such a framework, settled at the highest level, progress on a treaty or similar agreement will be impossible. Now is the time for heads of government to take charge – only they can forge such an agreement.

Let us not allow mistrust, pessimism and lack of ambition to take us stumbling into profound dangers. Instead let us have real vision and leadership in both developing and developed countries which seize the opportunities offered by Copenhagen, for us, our children and future generations.

“To be truly radical,” Raymond Williams wrote, “is to make hope possible rather than despair convincing”.

Believe me I’m trying, but at the moment hope is hard to come by.

A legally binding deal cannot now be struck at Copenhagen. The best that can happen is an outline agreement, which is firmed up next year. Even this would depend on the compliance of the US Senate. So far it has been hostile towards anything resembling an effective deal. As I write, Barack Obama still hasn’t proposed a number for US emissions cuts. He can’t make any firm commitment until the Senate sings, and the Senate won’t approve a climate change bill until the spring, if at all.

I concentrate on the role of the US not because it is the only obstacle to a strong climate agreement (you should see what Canada has been up to) but because it has so far done more than any other nation to prevent global action from taking place. The Kyoto negotiations in 1997 were comprehensively trashed by a US delegation led by Al Gore.

The EU had proposed a 15% cut against 1990 emissions levels by 2010. The US ensured that this was knocked down to 5.2% by 2012, with enough get-out clauses (emissions trading, joint implementation, the clean development mechanism) to render even that feeble target pretty well meaningless. After wrecking the treaty for everyone else, the Clinton government failed to ratify it, and George Bush later pulled out altogether.

It wasn’t Gore’s fault: the Senate had already voted 95-0 to torpedo any treaty that failed to impose the same conditions on developing countries as it imposed on rich ones. The senators knew this was impossible for poorer countries to accept – in fact that was the point. The political impediments that made a deal with the US impossible in 1997 have scarcely changed.

Until there is comprehensive campaign finance reform in the United States, almost any progressive measure remains out of reach. The US Senate is one of the most corrupt institutions of any democratic nation: most of the incumbents owe their seats to massive corporate funding; in return they must deliver the political goods to their sponsors. These are hopeless conditions in which to broker an agreement which has to defeat vested interests.

Even if a legally binding treaty were to have been agreed at Copenhagen, getting it ratified and implemented before the Kyoto protocol runs out at the end of 2012 would have been a stretch. If it’s delayed until next year or beyond, the timetable becomes extremely tight. If world leaders can’t strike a deal this year, despite a massive build-up and intensive diplomatic activity, why should we expect them to be able to do so next year?

I fear that the climate negotiations could go the same way as the Doha round of trade talks. These began in 2001. Eight years later there’s still no prospect of resolution. When the initial deadline had been missed and the red carpets were rolled up, governments lost interest and let the process drift. Delegates are already talking of moving the climate talks to Mexico next December after they fail in Copenhagen.

This is what happened at Doha: the negotiations were reconvened at Cancún on the Mexican coast and vanished into thin air thereafter. Is “moving to Mexico” a diplomatic euphemism for abandonment?

And there’s a more important deadline which looks ever more likely to be missed. The narrow window in which we could prevent more than 2C of global warming is closing fast. The longer a comprehensive agreement is delayed, the steeper the emissions cuts will have to be if we are to avoid climate breakdown. Beyond a certain point the scale of the cuts becomes politically, economically and technologically infeasible. That point must already be close.

The postponement has an immediate consequence: no one will invest in low-carbon technologies unless they believe there’s a secure market. And no one will disinvest from fossil fuels unless they believe that they’ll cease to be profitable. If investors think the Kyoto protocol will run out before a new agreement begins, the bottom will fall out of the market for energy conservation and alternative technologies, setting the necessary transition back by years.

So is there any hope that world leaders could regain their sense of urgency? If the prospect of a climate crash doesn’t motivate them, can anything? Perhaps there is one straw to cling to. In its new World Energy Outlook, the International Energy Agency (IEA) maintains that, to meet new demand and replace old equipment and exhausted reserves, the world will have to invest $25.6 trillion in energy supply infrastructure between now and 2030. The industrialised nations would also need to pay a fortune to the Opec countries to maintain their oil and gas supplies: the IEA predicts that the oil producers’ income will rise fivefold in this period, to $30 trillion. These costs will be much higher if oil supplies peak.

If moving to a low-carbon economy looks implausible, so does maintaining the high-carbon economy. Whichever route is taken, staggering amounts of money need to be spent. As resources become harder to extract and concentrated in fewer countries, it shouldn’t be too difficult to persuade world leaders that the money might as well be spent on exploiting ambient energy, which will neither run out nor allow us to be held to ransom.

That is the best I can do. Sorry.

Originally published on The Guardian on Monday 30 November 2009.

ChairGrantham Institute for Climate Change and the Environment

Nicholas Stern is a British economist and academic. He is IG Patel professor of Economics and Government and chair of the Grantham Institute for Climate Change and the Environment at the London School of Economics.