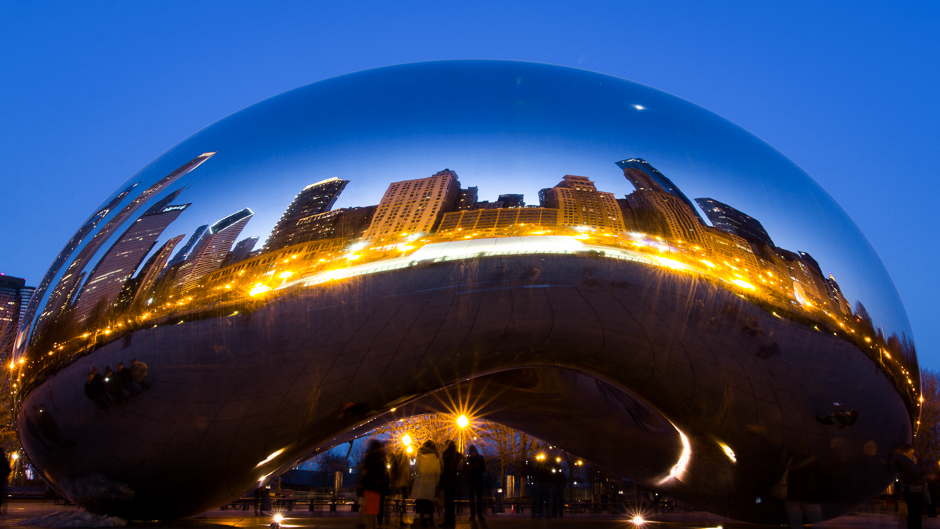 Chicago's "Bean" reflects the city's skyline at dusk. Chicago has been consistently ranked as the most corrupt city in the United States. Photo: Anthony Neff, Creative Commons BY-ND 2.0

In the turmoil of the COVID-19 pandemic, corruption in cities has worked in insidious ways. Socially constituted from global-local power relations (for example, Russian oligarchs buying exclusive London properties), corruption is on the one hand increasingly visible, as pork barrels are rolled out ever-more blatantly across dystopic, urban, political landscapes. On the other hand, corruption is discernable in more low-key but nevertheless fundamental delineations between haves and have nots; those who have been left further adrift by pandemic policies, and now the cost of living crisis, and those who have made a quick and robust profit from them.

Urban centres have long been perceived as nests of sin, associated with potentially greater exposure to serious crime and anti-social behaviour compared with that experienced outside of cities. Chicago, for instance, has consistently ranked as the most corrupt city in the US. While corruption in cities globally is more difficult to measure, there is extensive evidence to suggest that it is widespread and manifesting in different forms including malpractice by local government officials/politicians, organised crime activities and illicit money flows.

Of course, cause and effect are difficult to disentangle. Conceivably the pursuit of anonymity in cities explains such deviance. Likewise, physical proximity of extremes of wealth and poverty may make such behaviour inevitable. Most remarkable, however, is the fact that urban living tends to correspond with the emergence of more progressive views on a wide range of ethical topics, demonstrating attitudes that are gradually adopted elsewhere.

Why are people in cities more ethical?

The question of whether there are associations between city size and ethical living has been addressed in recent research using data covering 40 countries. The researchers discovered that while larger city size is concomitant with higher crime risk and disorderly behaviour, there appears to be no relationship between city size and public disapproval of financial misconduct (particularly stealing and bribery) or violent misconduct (specifically terrorism, domestic violence, and political violence, in that order).

Noticeably, the researchers found that big city residents are more tolerant of people who differ. These value frames may “involve belief in greater freedom to speak a different language, be an immigrant or a member of an ethnic or religious minority, get a divorce, love a person of one’s own sex, or eschew traditional religious codes”.

While individualism, cosmopolitan values, and the pursuit of personal freedoms align closely with a capitalist/neoliberal worldview, we are unsure about the degree to which urban living is an explanatory factor. Moreover, we would argue that in tackling some of the big challenges of tomorrow (future pandemics, the climate crisis, housing affordability, etc.) communitarian and collectivist values of engagement and cooperation are likely to become increasingly important. We do not think this is wishful thinking, as experience during the pandemic has clearly demonstrated. 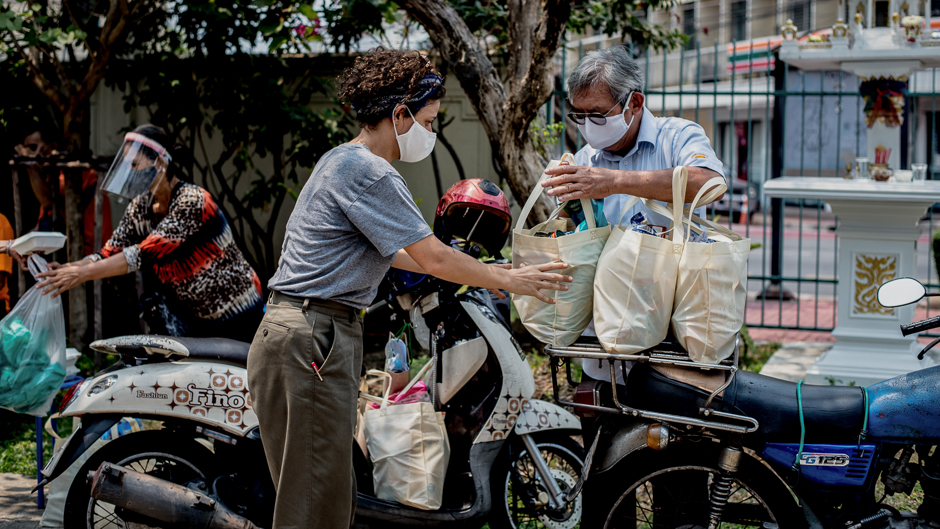 The big, silent story of the pandemic is the willingness of people to pull together, collect food and resources for the disadvantaged, check on the well-being of the vulnerable, and to forego their own short-term economic lives and livelihoods. Photo: UN Women / Ploy Phutpheng, Creative Commons BY-NC-ND 2.0

Notwithstanding a minority population that has protested against vaccinations and use of masks, the most significant and unsung lesson from the pandemic is how so many people are prepared to make sacrifices for the greater good, for their neighbours’ health, and for society at large. The big, silent story of the pandemic is the willingness of people to pull together, collect food and resources for the disadvantaged, check on the well-being of the vulnerable, and to forego their own short-term economic lives and livelihoods.

While anti-vaxxers attract click-bait journalism, most people have gotten on with the job of acting communally, despite the obvious corruption of politicians seeking to gain from mismanagement of the crisis. Urban humanity, it seems, is generally ethical and resilient in the face of crisis. The basic virtue of “doing the right thing” is the real COVID-19 story.

The question arises, therefore: Is it possible that the pursuit of ethical urban living (based on the realisation that we are all in this mess together) could offer one means to address pressing urban concerns and speed up post-pandemic recovery?

In our 2020 book, Ethical Cities, we argue that meaningful, ethical community engagement across cities will be key in promoting positive transformative change. Indeed, we suggest that this will be critical in shaping good governance and in delivering effective responses to, amongst other things, growing poverty and inequality in our cities, as well as the climate and ecological crises.

As part of our ongoing massive open online course on ethical cities, we asked participants to reflect upon how frequently they came across examples of unethical behaviour in their city (see Figure 1). While recognising the respondents are self-selecting (i.e. taking a course on urban ethics) and, therefore, the results are anecdotal, it is interesting to note that 57% observed the necessity to give bribes to achieve desired outcomes and 93% observed other city residents acting in corrupt or unethical ways.

This pervasive corruption is unsurprising and is monitored at the national level by organisations such as Transparency International which maintains detailed statistics and a global corruption barometer. For instance, in 2017 around the world 1 in 4 people reported that they had paid a bribe when accessing public services in the previous 12 months.

Why does this matter?

The survey responses are important for three reasons. First, statistical research on ethics in cities has tended to focus on the values of urban residents and how this influences their behavioural patterns. Going forward, it may be important to examine the complex inter-relationship between values and attitudes towards unethical/corrupt behaviour and the factors that ensure societal disapproval of such practices.

Second, another branch of research involves analysis of corruption through city government case studies. Clearly, our survey respondents are aware of widespread corruption by local officials and politicians. A key question, however, is how visible/transparent corruption can be made? How can we build awareness on where to look and how to expose corrupt practices? The media plays a key role here. For instance, in a snapshot period of September to December 2021, there were numerous US media reports about US cities seeking to strengthen or reform their ethical oversight in order to tackle corruption, including Dallas, Jersey City, Philadelphia, and San Francisco.

Third, while the media plays a critically important role in revealing corruption, it is essential that city residents continually engage with and pressure their local administration to ensure compliance with ethical rules and procedures. The goal is to create an urban environment where corruption is never tolerated. This is supported by recent research revealing that businesses in “less ethical cultures” are more likely to commit some form of financial misconduct.

Apparently, the prevalence of corrupt business practices appears to be determined by city-level social norms. These norms are not static and when they evolve in a progressive direction, we anticipate a virtuous cycle whereby citizens act more ethically, pressuring local politicians and officials to tackle corruption, which in turn has a positive impact on local business practices. The opposite is a downward spiral where everyone is on the take.

As cities build back better post-COVID, the challenge will be to ensure that we maintain the ethos of care, community spirit, and selflessness that emerged during the pandemic. One goal should be to build upon the kinds of collective efforts that ensured food banks were set up, medicines were delivered to vulnerable neighbours, and aged care centres were protected. In many places a new sense of urban solidarity has emerged and we should be careful not to lose it post-pandemic.

Ralph Horne is Professor of Geography and Associate Deputy Vice Chancellor, Research and Innovation for the College of Design and Social Context at RMIT University, Australia. He combines research leadership and participation in research projects concerning the environmental, social and policy context of production and consumption in the urban environment.