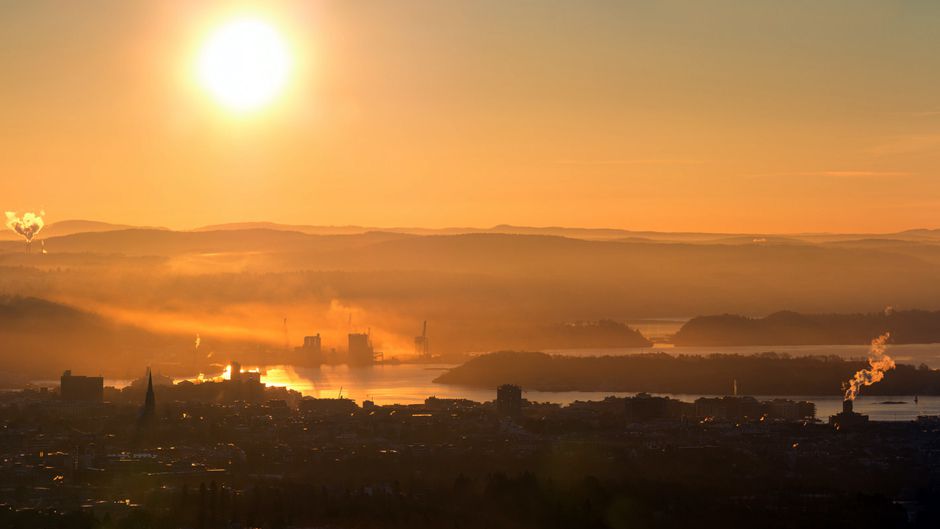 When Oslo sells the coal investments in its pension portfolio next month, it will set a historic precedent: the first capital city in the world to divest itself of that most polluting of fossil fuels. And the city is just the highest profile in a series of major urban areas that have made bold moves in recent weeks, ridding themselves of fossil fuel investments and becoming more carbon friendly.

Leichardt, Australia voted to completely divest from fossil fuels within three years, while Byron Bay announced the decision to commit to zero emissions. Smaller US cities have already gotten on board in various ways, while last week in London, the GLA passed a motion asking the mayor to approve pulling City Hall’s pension fund out of all fossil fuel holdings. The list of cities that have divested appears set to grow ever longer.

But does Oslo’s decision really mean much, given that Norway’s own pension fund — the gigantic Norwegian Government Pension Fund Global (GPFG) — continues to invest in fossil fuels? Is the momentum behind municipal divestment as unstoppable as it seems? And is divestment something that should, or could, be emulated by bigger cities like London? 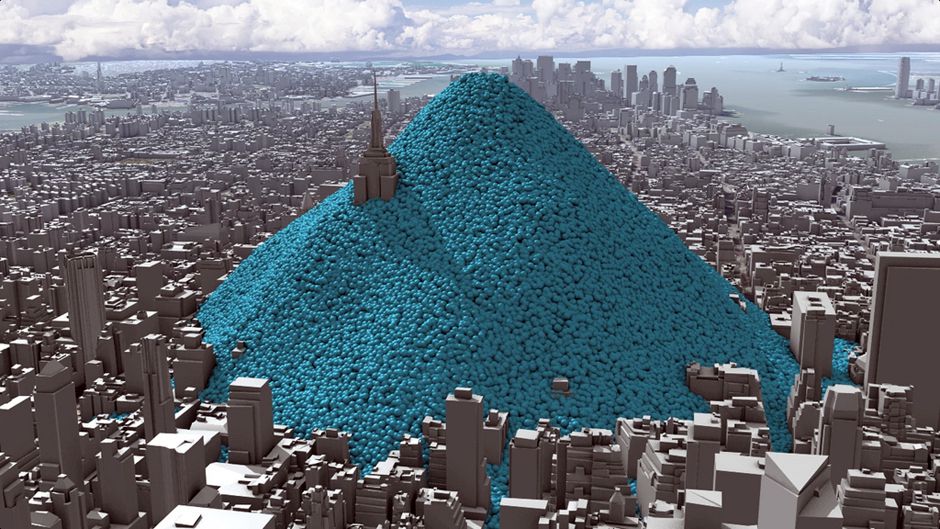 Erik Lae Solberg, Oslo’s vice mayor for finance, admits his city’s decision to sell 40 million krone (£3.3 million) worth of coal investments in the Oslo Pension Fund isn’t much. But it sends a signal, he says, that Oslo does not want to contribute to the most climate-damaging fossil fuels, and that the city has a wider goal to be climate-friendly.

In 2011, the council set a goal to reduce the city’s greenhouse gas emissions by 50% by 2030, and be climate-neutral by 2050. To do so, it has set out an array of measures, from 258 municipal electric-car charging stations, to recycling household waste for bio-fuel to power the city’s buses. 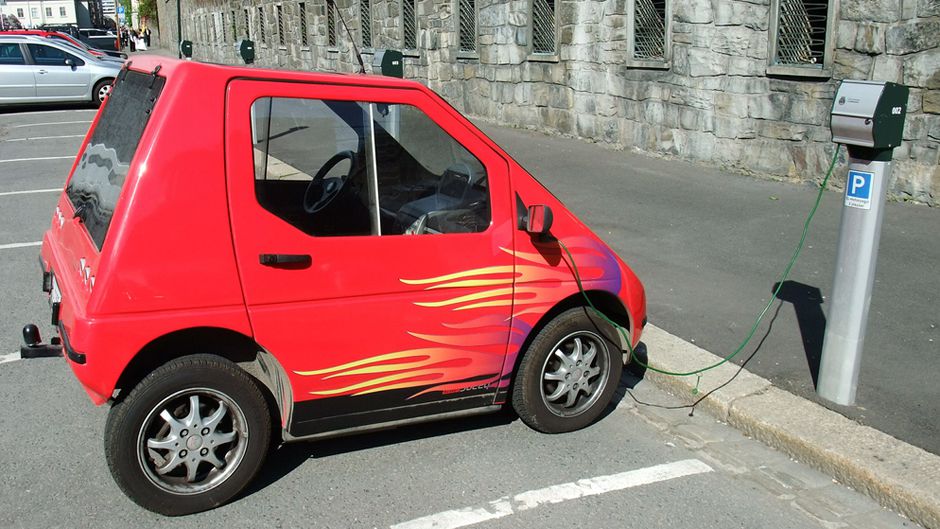 Still, it is a conundrum for Norway, a major producer of oil (and, to a lesser extent, coal), which channels its excess petroleum revenues into its own pension fund. The government has so far resisted parliamentary calls for Norway’s 5.5 trillion krone (£470 billion) nest egg, GPFG — the world’s largest sovereign wealth fund — to divest from fossil fuel. A government-appointed panel recently recommended that the fund not divest from fossil fuels, but rather set up a new climate-related exclusion criterion on a case-by-case basis. It concluded:

“Energy production constitutes an important basis for our society, and fossil fuels — both petroleum and coal — will remain part of the mix for decades to come,” the report concluded in December. “The question is thus not whether investors will own these companies, but which investors are ‘good’ owners of these assets from a financial and ethical perspective.”

The giant Norwegian fund held at least 316.7 billion (£26.8 billion) krone in oil, gas and coal investments in 2014, according to NGOs Urgewald and Future in Our Hands. It did divest from 52 coal companies last year, but Urgewald says it actually ended up increasing the value of its coal holdings, from 82.2 billion krone in 2013 to 85.7 billion krone last year.

It wasn’t Norway’s cities which led the charge to divest, however. The divestment movement here has its roots in the small community of Eid, population 6,000, whose mayor Alfred Bjørlo took up the cause with its pension fund manager more than two years ago, after he was inspired by a city in the US.

“It was towards the end of 2012 when, by chance, I read about the Seattle mayor’s plans to pull out of all coal funds,” said Bjørlo. “I thought if a city like Seattle could do something like this, then it is fully possible in Norway.”

It was indeed Seattle that was the first US city to join the Fossil Free divestment campaign led by 350.org. Mayor Mike McGinn announced in December 2012 that Seattle would not invest any of its $1.4 billion operating cashflow in fossil fuel companies, and would seek to divest its $1.9 billion pension fund and $700m deferred compensation plan.

Whether the world’s megacities will follows suit is another question entirely. Last week’s vote to call on the mayor to divest London’s’s £2 billion GLA Group Investment Syndicate from fossil fuel investments, as well as to ask the chair of the £4.8bm portfolio London Pension Fund Authority (LPFA) to commit to divestment, falls on Boris Johnson — whose office pointed out what it considered the drawbacks. 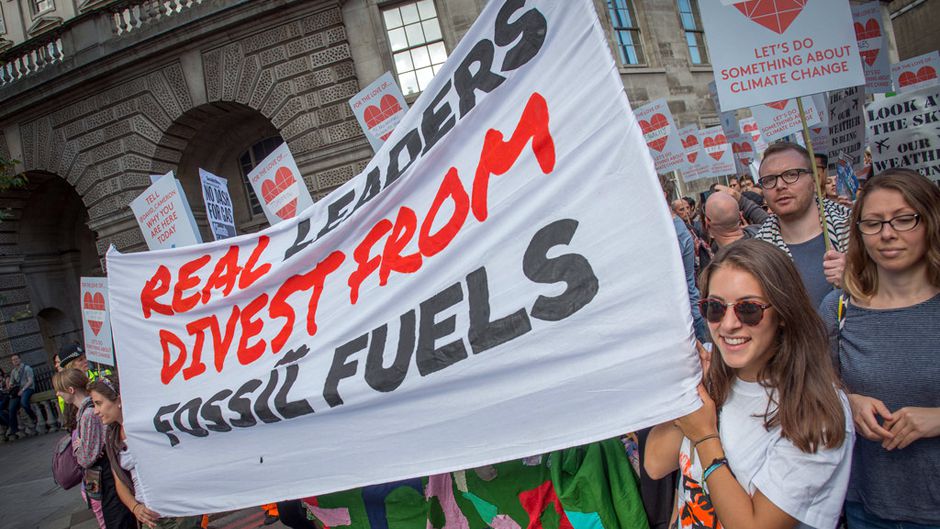 “The mayor takes climate change extremely seriously,” a spokesperson said, adding that the mayor’s office believed a sudden divestment on London’s part from fossil fuel investments would cause “a huge disruption to the world economy, let alone the retirement plans for millions of UK residents”. There was, the spokesperson said, “a realism that there needs to be transition away from fossil fuel and not a sudden cliff-edge”.

Danielle Paffard, a campaigner for Fossil Free UK divestment, calls Johnson “a fossil fuel head” and is less than optimistic. But she says that with mayoral elections next year, the issue of divestment could become a big part of the debate. In the meantime, Fossil Free has set its sights on encouraging some European cities, such as Amsterdam, Berlin and Stockholm, to divest. Her US colleague, Amy Miller, points to the progress being made in states such as Massachusetts, which just received the support of the local Great Barrington Select Board; the Minneapolis City Council, which will vote on the issue next week; and great strides being made in Washington DC and her hometown of New York City, which sits on a $160 billion pension fund (“a very big goal,” Miller says).

Whether New York is any more likely than London to divest, however, is up in the air, she says. City politicians remain concerned about the possible financial impact of divesting. “They prefer to remain investors, and to influence through active engagement,” she said. “But it just doesn’t work. Are you asking [these fossil fuel companies] to leave 80% in the ground?”