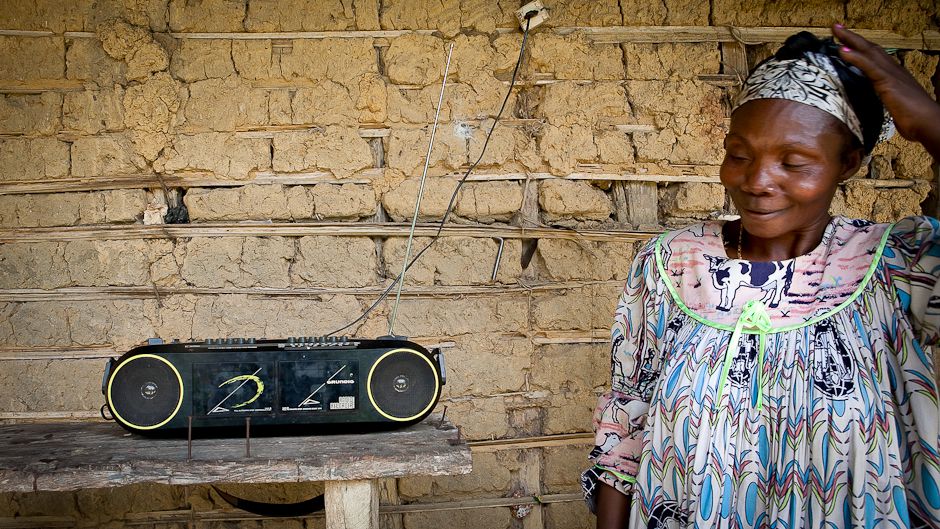 Climate change is hitting the Congo Basin region hard and while communities there and in other parts of Africa struggle to adapt to rising temperatures and changing rainfall patterns, scientists are trying to help — using radio to spread the word.

For those living in urban areas, getting information is easy. But for forest dwellers, who are the most likely to be affected, it is more difficult because they are isolated by poor road infrastructure and a lack of such basic amenities as electricity, telephones and Internet access, said Anne-Marie Tiani, a senior scientist at the Center for International Forestry Research and coordinator of the COBAM project (Climate Change and Forests in the Congo Basin: Synergies between adaptation and mitigation).

“Radio remains the most dominant, affordable and accessible mass medium in Africa,” added her colleague, Denis Sonwa, explaining why the team decided it needed to find new ways to share research findings rather than relying on text.

“We wanted as wide an audience as possible,” he said. “And in the Congo Basin region, radio is still the most effective way to reach local communities.”

Shaking up the airwaves

The radio program builds on CIFOR’s previous research activities on livelihoods and governance. The COBAM project covers Cameroon, Central African Republic, Equatorial Guinea, Gabon, Democratic Republic of Congo and Republic of Congo, aiming to provide policymakers and local communities with information to help implement policies and projects for adaptation to climate change and reduction of carbon emissions in the forests.

It covers livelihood activities, local institutions and trends in forest degradation and deforestation. It also analyzes with local communities the impacts of potential REDD activities on livelihoods and associated risks, opportunities and needed institutional changes.

Neighboring countries of Central Africa such as the Democratic Republic of Congo, and Central African Republic can also listen to the program online.

The first six editions are devoted to educating listeners about climate change, their own vulnerabilities, various aspects of adaptation and mitigation, and details about UN-backed projects aimed at reducing emissions from deforestation and forest degradation and enhancing carbon stocks (REDD+).

The last six editions will describe the findings of the COBAM research in the Congo Basin — from developing local adaptation strategies with participatory action research to analyzing vulnerability of selected economic sectors at national and regional scales — in language that is simple to understand.

The hope is that eventually, the radio program will be extended to other countries of the Congo Basin region. And there are already many demands from radio broadcasting managers from DRC, Central African Republic and Rwanda. 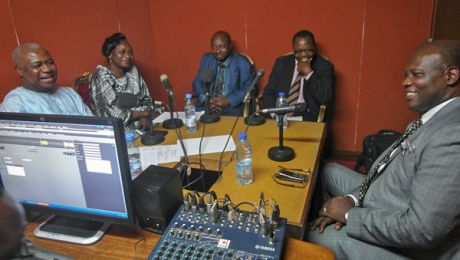 So far, feedback from listeners has been positive.

“We have received calls from listeners both in rural and urban areas of Cameroon wanting to know more about climate change and how it affects them, particularly their livelihoods,” Tiani said.

Mngo Demse, a community radio journalist in Bamenda, 691 km northwest of the capital city of Yaoundé, whose radio has been rebroadcasting the COBAM radio shares his experience: “Since we started rebroadcasting the COBAM radio programme, people — particularly farmers — have been coming to our studio for more information on how to deal with unpredictable seasons and have better harvests.”

[quote quote=”Since we started rebroadcasting, farmers have been coming to our studio for more information on how to deal with unpredictable seasons and have better harvests.” type=”text” ]

Most of the callers are from urban areas. The listeners in most rural areas visit their community radio stations or meet journalists on their way to talk about the radio program.

“We need this kind of radio programme in our country as we begin to see the effects of climate change,” said Leon Maviga, a community radio journalist in Tshela, 275 km south-east of Kinshasa, capital of the Democratic Republic of Congo.

“The topics discussed are the ones that we as journalists need to inform our people [of the effects of climate change]. I hope the program will be broadcast in the DRC very soon.”

Because climate change demands adjustments in behaviour at the individual, institutional and community level, these kinds of conversations are crucial.

“We could be onto something very exciting here — providing information to stakeholders all over the Congo Basin region irrespective of their location,” Tiani said.

This research is carried out as part of the CGIAR Research Program on Forests, Trees and Agroforestry and was supported by the African Development Bank, the Economic Community of Central African States and the Congo Basin Ecosystem Conservation Support programme.

Could Radio Help Mitigate Climate Change in the Congo Basin? by Babatope Akinwande is licensed under a Creative Commons Attribution-ShareAlike 3.0 Unported License.

Babatope Akinwande is the CIFOR Regional Communications Officer for Africa based in Yaoundé, Cameroon. His broadcasting career started with the BBC as an Abidjan correspondent. He also worked for Radio France International and Deutsche Welle Radio as a stringer, and for World Press Review as a Francophone Africa correspondent. Since then, he has worked in international development as well as humanitarian and development communications for International Alert, Tearfund, the International Federation of the Red Cross and Red Crescent Societies (IFRC) and the Joint United Nations Programme on HIV/AIDS (UNAIDS).

Hunting for a Solution