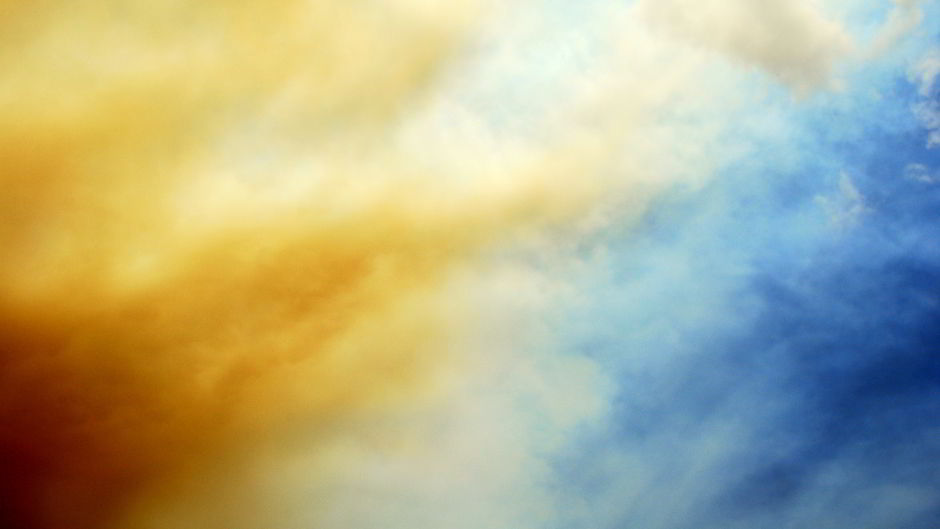 “How can we dance when our earth is turning? How do we sleep when our beds are burning?”

These are the powerful lyrics of iconic Australian rock band Midnight Oil from their 1987 smash Beds are Burning.

More than 20 years later, these rhetorical questions probably well represent most people’s current reaction to the perilous state of the earth’s environment (though the song was actually about indigenous land rights).

Our earth is turning, but many are still dancing unaware.

Just two years ago, a NASA and Columbia University report found that “human-made greenhouse gases have brought the Earth’s climate close to critical tipping points.” And a host of scientists have had similar findings, warning that perilous triggers will be tripped unless we get serious about CO2 cuts.

Meanwhile, many lay people believe scientists are exaggerating the dangers faced by the planet, for as TIME magazine recently noted, most of us imagine that climate change is a gradual process.

In fact, climate is a complex non-linear system, which is why “a small push away from one state has only small effects at first, but at some ‘tipping point’ the system can flip and go rapidly into another state.”

One example of a tipping point is the trend in Arctic ice melt.

“It’s much much later than you think”

The reality is that the negative effects of climate change — including hotter temperatures, melting ice, increased hunger and water shortages — are inevitable and can no longer be avoided. This is because a lag of around 40 or 50 years exists between the time emissions are released and the resultant temperature rise.

This thought-provoking cartoon presentation, “Wake up, Freak Out – Then Get a Grip” illustrates what this means in practice.

Another lag exists in the release of climate data, which although often sophisticated and comprehensive in its scope, rapidly becomes outdated and frequently underestimates the extent of climate changes.

So while prominent scientists recognize the importance of tipping points, this has not led to a critical mass of awareness amongst the general population, or been reflected in present government policies.

Towering Midnight Oil front man Peter Garrett is the former activist head of the Australian Conservation Foundation, and co-founder of the Nuclear Disarmament Party. You may be surprised to find out that he is now Australia’s Minister for the Environment. He is a member of the new Australian Government that was elected in 2007, in part to deliver bolder and more visionary climate change policy.

However, in December 2008, the Rudd Government settled for conservative greenhouse gas reduction targets — committing to reduce emissions by between 5% and 15% below 2000 levels by the end of 2020. The catch is, however, that the latter figure depends upon what other countries do. (Watch one view of how this happened in the Four Corners documentary — Heat on the Hill).

Meanwhile, the Europeans have been struggling internally to meet their commitment to reduce emissions by 20% from 1990 levels by the year 2020. Leaders stalled at a summit this month, and the EU is apparently going to wait for commitments from the US, China and other countries before committing money to help developing countries combat climate change.

The United States has yet to elaborate on acceptable targets. It has recently made clear that it cannot meet the reductions proposed at the Bali Summit, of 25% and 40% by 2020. Whether the new Obama Administration can turn this into a “Yes we can” remains to be seen.

The slow global response to climate change represents a classic collective action problem. National governments have a mutual interest in reducing global emissions. However, each is worried that others may not contribute their fair share to solve the problem, and therefore are careful not to commit too much too early because they fear loss of competitive advantage for their industries.

Citizens face a similar moral choice. Individually the impact we each have may be very small. Therefore, we can easily be tempted to “free-ride” on the efforts of others, especially if the consequences are felt in Bangladesh or Tuvalu, and not in Boston or Tokyo.

Collectively, it is still easier to accept what we are used to, however unsustainable, than to empower ourselves to adapt to change for the good of the planet or for future generations. But why?

The most widely reported shocker this year has been the Australian bushfires. These were unprecedented — both in terms of human deaths and the devastation they wreaked upon ecosystems and property. Many feel that this tragic experience represents a permanent shift in the bushfire problem.

Even in a country well accustomed to 45-degree scorchers and raging bushfires, and equipped with respected community level disaster response infrastructure, the normal rules no longer apply. After ten years of drought and abnormally high temperatures, it seems bushfires can no longer be contained from the back door step.

But what about the local calamities barely covered by the international media? In neighboring Papua New Guinea, sea level rises have already forced the displacement of the Carteret and other islanders. The experiences of these people show that it doesn’t take a scientific report to prove that climate change can play havoc with our livelihoods.

But don’t give up

If you have not yet been motivated to action — either because you feel the situation is beyond hope or you don’t believe we are on the brink of disaster — perhaps an appeal to simple virtue might spur you on.

More and more people understand that the way forward from here is to find new sustainable, low impact ways of living, and to find them now.

For example, the Eco Tipping Points project shares strategies on how levers for positive environmental change can be pulled in order to rebalance things. The project shares inspiring stories of how environmental pioneers, from the Philippines to Peru and beyond, have tipped local ecosystems from decline into sustainable territory.

Calamities more than anything can trigger such favorable local tipping points, which embolden people to seriously reassess and make changes to the way that they traditionally respond to climate risks. Already, awareness across Australian society generated since the first round of bushfires is reflected in more urgent responses to new fire threats.

In addition to the environmental pioneers who have been galvanized by local tipping points in their own communities, many more people are needed to help move international collective behavior towards a positive social tipping point. Every single one of us has the potential to help create broader momentum for change.

We need to connect, inform and persuade each other that, even if our own beds are not burning, the world is turning. As the song goes:

“The time has come
To say fair’s fair,
To pay the rent,
To pay our share.”

Countdown to the Tipping Point? by Mark Notaras is licensed under a Creative Commons Attribution-NonCommercial-ShareAlike 3.0 Unported License.