Creating Development, Developing Creativity: How and Why Art Can Transform Societies 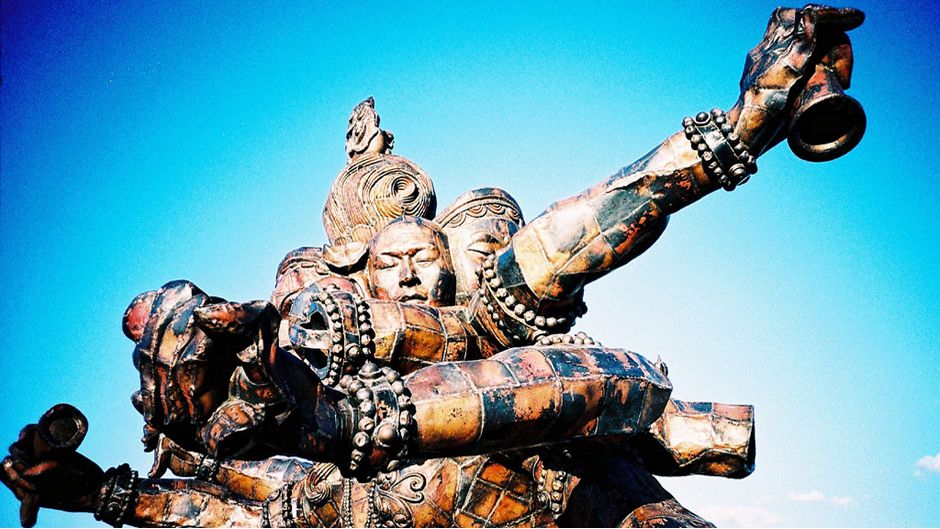 Many development practitioners and social theorists have noted that any development process has an important cultural component. Efforts to improve quality of life or reduce inequality, for instance, are inherently tied to local customs, values and social systems. Accordingly, research has found that culture can foster development as well as hinder development outcomes. Thus it is important that development planners take cultural considerations into account, as benevolent interventions made without attention to cultural conditions and factors may prove futile or even have unexpected adverse effects.

However, to date, research has provided less insight on how culture in the sense of visual, literary and performing arts can be linked to development. This connection was picked up by John Clammer, Visiting Professor at the United Nations University Institute for the Advanced Study of Sustainability (UNU-IAS), who focuses on the sociology of development and the sociology of culture as applied to development issues.

Clammer’s recent book, Art, Culture and International Development: Humanizing Social Transformation, is the first to systematically explore the relationship between art and development. Clammer argues that arts can contribute directly to economic and social development, and that stimulating creativity may lay the foundations for alternative development paths and sustainable forms of culture.

In the following interview, I asked Clammer to expand on his groundbreaking work.

Katariina Oivo (KO): What inspired you to examine the relationship between art and development?

John Clammer (JC): This was a mixture of my own personal interest in the arts — some of which I have practiced! — and my commitment professionally to development studies. For a long time these existed as two separate spheres, until I began to think about how to bring them together. That was the genesis of my new book, and once I started to think about and research the idea, there turned out to be many links.

KO: In the field of development, art tends to be seen as a by-product of society or, at best, merely instrumental for development processes. What potential do you think is missed with this kind of view? What impact do you hope that this book will have on the way art, culture and development are perceived?

JC: It is sadly true that art is seen as a by-product, but with a little more thought it becomes apparent that culture, including the arts, is the very medium in which we live much of our daily lives. 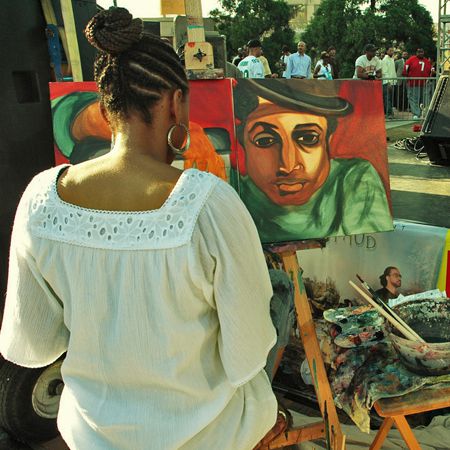 I am reminded of the wartime British minister, who when asked to cut spending on the arts during the war years, asked the very relevant question: “Then what are we fighting for?”. I think this is true for development, too. What are we developing for? I hope that the book will illustrate some of the many ways in which this question can be answered — the enriching of life, expressions of identity, and many other things.

I think that a genuinely holistic understanding of development has to give as much attention to its cultural aspects as to its economic, political and technological ones. Infrastructure is not much use if there is nowhere to go with it!

KO: Alongside promoting culture and development, you advocate for the development of culture. What does this entail? And why is it important?

JC: This is a key to the whole book. My concern was with many levels of development: the instrumental and educative role of the arts, the fact that the arts constitute much of the identity of a culture — its dance, architecture, painting and so forth — its role as therapy and as a peacemaking mechanism, and very much its role in empowerment, not only in relation to gender, but also for youth, for minorities, for refugees, and for other marginalized groups.

In particular I was interested in the ways in which creativity and imagination in one area — in this case the arts — spill over into other areas of what I have called “social creativity”: new thinking about issues such as environment, social inequalities, new family arrangements and many other possible areas.

KO: You suggest that art can promote social inclusion and empowerment, or create economic opportunities and alleviate poverty, for example. Could you share some examples from the field of innovative approaches experimenting with art and development that demonstrate how culture can act as an agent of social change?

JC: There are many examples. I myself have been involved with artists from Kolkata working with tribal groups in remote areas of the state of Orissa. They have been stimulating local craft production as a means of poverty alleviation and as a way of addressing gender issues.

The women who make the jewellery, which can be sold for a considerable profit in the boutiques of Kolkata and other urban centres, get to keep their income and devote it to their own activities and to supporting their children. The region witnesses rather extreme alcohol consumption among the men, who tend to use any extra income for their own purposes. But the craft promotion initiative brings income to women, gives them a sense of self-esteem and maintains artistic traditions within the community.

In the book I talk about other examples such as the Ivuka Arts project in Kigali, Rwanda, where art has proved to be a valuable form of social therapy in a society deeply divided and traumatized by genocide.

The same can be true for theatre. In India, for example, drama is used as a way of communicating messages about social change, gender and caste problems, topics such as HIV/AIDS, good agricultural practices like not wasting water, and many other themes.

The book is full of such examples, and the ones I have cited are only a small sampling. I would have liked to include many more. 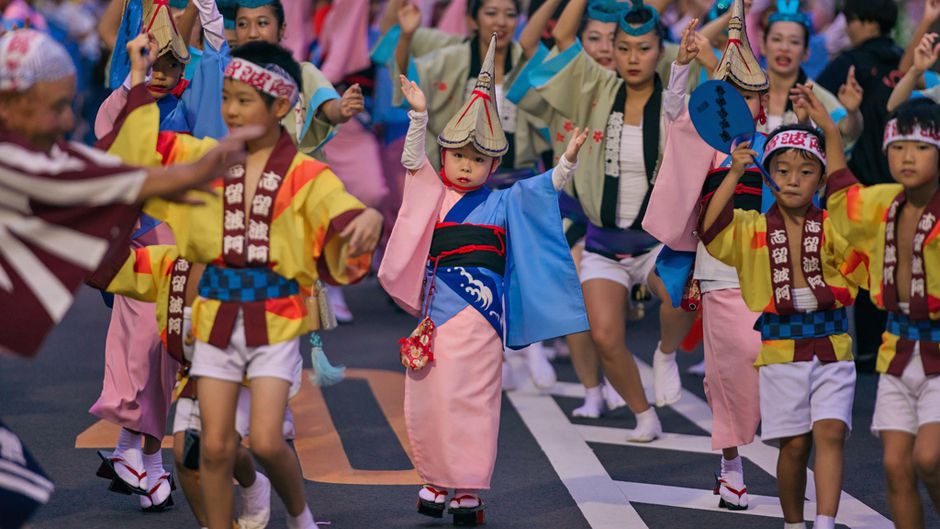 JC: This is a very real question. The United Nations Educational, Scientific and Cultural Organization (UNESCO) has recently begun promoting the idea of the “creative industries” as a mode of development; in other words actively encouraging the stimulation of such activities as music, film, crafts, and so on, as important economic activities in their own right. The problem is that funding is rarely a priority for these areas. If there is a culture ministry at all in a given country, it is usually seen as a relatively insignificant one and is rarely well funded.

But I think that the UNESCO initiative and others like it have had good effects. They remind governments of the importance of culture — even if for instrumental ends such as promoting tourism — and draw the attention of funding agencies to the possibility of funding cultural projects as well as the more traditional infrastructure ones.

The economic argument for arts is of course an important one (artists need to eat!), but it is also necessary, I think, to keep up promotion for the intrinsic significance of the arts and for the fact that life is very impoverished without arts. After all, what will we do in the evenings, once we are “developed”? In any case, when you think about it, culture is everywhere, including in what we eat and wear or how we decorate our houses. If we keep alive the question of what are the ends of development, what is it for, it is possible to introduce much more the idea that culture counts and is not just some luxury or “extra” to be added when we have achieved “development” — which of course we never really do attain.

Another aspect is to look at development failures, of which there are many. Why may apparently well intentioned policies not work out as planned or as hoped? The answer is often because cultural and sociological aspects were ignored or underplayed. This is especially the case in such areas as health or even agriculture, where rituals may be as important to the locals as seeds. 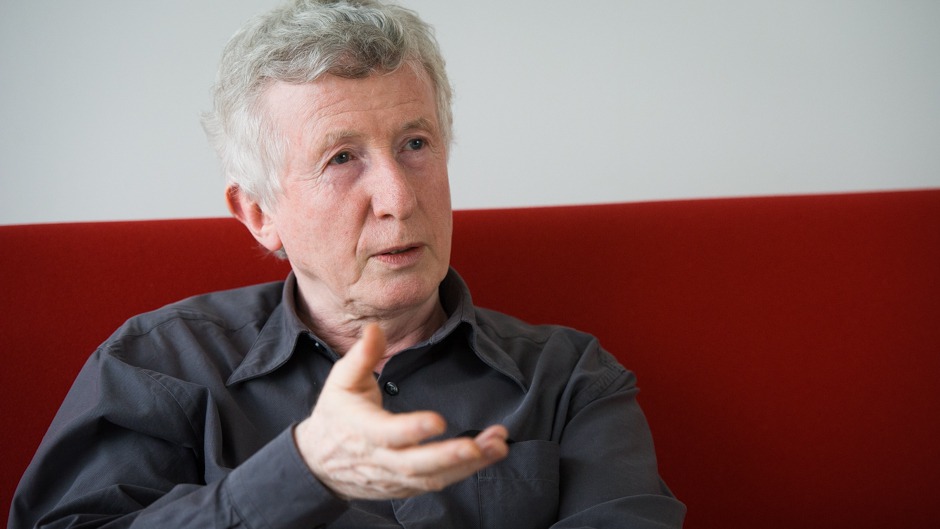 KO: How would you like to see an understanding of “integral development”, with an emphasis on creative arts, reflected in national and international development policy?

JC: I would of course like for it to become mainstream! But in order for that to happen the kinds of ideas discussed need to be much more widely accepted.

I would like to think that this book on the arts and development, along with the two that preceded it on culture and development (Culture, Development and Social Theory: Towards an Integrated Social Development) and on the sociology of the arts (Vision and Society: Towards a Sociology and Anthropology from Art), might act as a catalyst in stimulating interest, in providing knowledge of some very successful models, and in showing what a more integral or holistic understanding of development might look like.

Creating Development, Developing Creativity: How and Why Art Can Transform Societies by Katariina Oivo is licensed under a Creative Commons Attribution-NonCommercial-ShareAlike 4.0 International License.

Katariina Oivo is a political sociologist working with global development issues, and is particularly interested in civil society, human rights, and social and environmental sustainability. She previously was a Junior Fellow at the United Nations University in Tokyo.