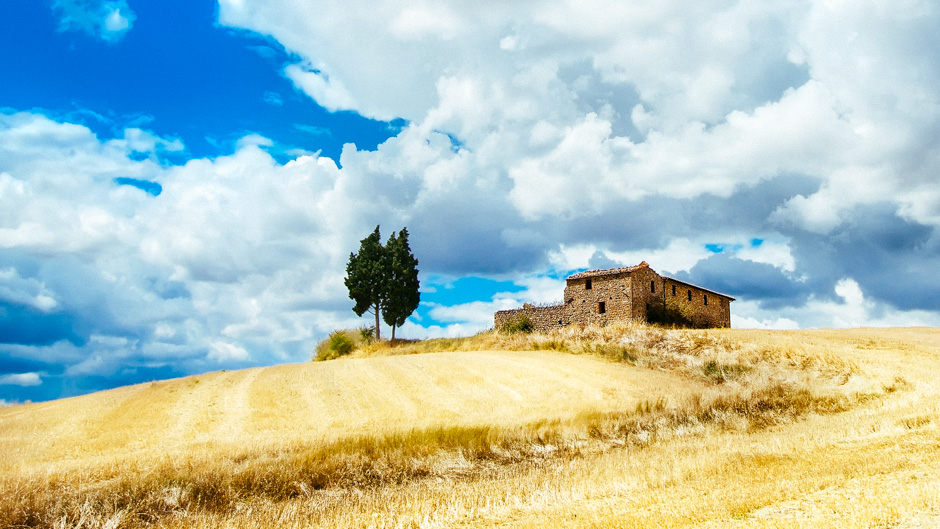 Slimy patches of mud in potato fields or dry, cracked earth: whether parched or flooded, compromised soil makes it impossible for plants and crops to flourish.

Whether a green, fertile patch of land will remain so in the future depends on the scale of soil erosion. It would take the loss of one ton of soil per hectare each year for arable land to turn into desert.

But careful examination and analysis of soil can help stem the tide. So in 2006, the European Commission created the European Soil Data Center (ESDAC) to closely monitor soil conditions across the European Union (EU), recording important data on erosion, acidification and heavy metal pollution.

Over the years, the center has compiled a unique and extensive database of information. “It is difficult to make sense of the massive amount of data,” Panos Panagos, who leads development at ESDAC, says. “The information we’ve gathered about soil across Europe amounts to some 100 gigabytes of data,” he says.

The Greek researcher works in the small Italian town of Ispra, where the European Union’s Joint Research Centre is located. His desk is littered with books and a computer, but no jars of soil. Panagos is an expert on geographic information systems and prefers to focus on how many people are using the soil database, and how many questions they pose.

Panagos says they recently received a question from the European Commission about the impact of the increased use of biofuels on soil. That question is especially important now, as fields are repurposed to meet the growing demand for biofuels.

But Panagos says the vast data they’ve gathered isn’t enough to answer that question. What’s needed, he says, are models that can use the current data to calculate the past and predict patterns for the future.

That’s already been done, for instance, to find answers to the question of how climate change will affect soil erosion in the Alps. The center used one of around ten different statistical models to determine the necessary information.

And the results are startling: between 1990 and 2000, rain washed away more than 50 tons of soil in the Alps per hectare a year. If global average temperatures rise 3.4 degrees Celsius by the year 2100, the Alps could lose up to two tons more than the current amount. But if temperatures were only to rise by 2.4 degrees Celsius, soil erosion would only intensify in a few small areas.

“Losing soil means that we lose global food security,” Panagos says. That is because healthy soil is essential to producing food, stabilizing forests and to preserve a balanced ecosystem and species diversity.

For every 100 database inquiries, only about 10 come from policymakers and of that only three stem from the European Commission — despite the fact that ESDAC was created with the express purpose of informing EU stakeholders.

“Policymakers tend to read our annual reports rather than analyze the data themselves,” Panagos says. That’s why most of the databank’s users are scientists, like Rainer Baritz, a soil researcher at Germany’s Federal Institute for Geosciences and Natural Resources.

Baritz says his most recent use of the database was to determine the risk of landslides in hilly locations across Europe. The steeper and more weathered the slope, the lower the concentration of plants and trees with solid roots — the higher the risk of a landslide.

The ESDAC’s soil map contains just the right information to determine the risk of landslide. In addition to soil health, that includes things such as the condition of rocks near the surface. “A geological map could not have done that as well,” Baritz says.

Though the database offers both researchers and politicians a wealth of information, it also presents two major problems: some of the records are not current or complete, and some of the data pouring in from various countries is not easy to compare.

Panagos is trying to solve the first problem by ensuring that all data is updated around every five years. “That would make our analysis more current and also allow us to track over time how climate change affects the different soil parameters we measure,” he says.

But to do so, Panagos has to rely on the EU’s member states to send their information to ESDAC on a regular basis. But therein arises the second, more troubling problem: each country uses different definitions of the various parameters and employs different methods, labs or measuring instruments.

That’s why Panagos and his colleagues are working to standardize the nomenclature, harmonize the data and ensure that all information is entered into the database in the correct form.

ESDAC rarely collects its own soil samples, working primarily with digital data. During an EU-wide soil study in 2009, some 22,000 samples were collected from the 27 member states, totaling 13 tons of soil.

A Hungarian lab undertook the arduous task of analyzing all the samples for everything from pH to nitrogen, phosphorous, organic compounds and more. “It cost us not quite a million euros,” Panagos says. “And using that data, we can come up with more accurate reports to validate and calibrate our statistical models,” he adds. “That makes our data all the more valuable.”

Franziska Badenschier is a freelance science journalist whose work has appeared in numerous publications including Spiegel Online, Zeit Online, and Deutsche Welle Global Ideas. She holds both an MA and BA in Science Journalism with an emphasis on Life Science and Medicine.