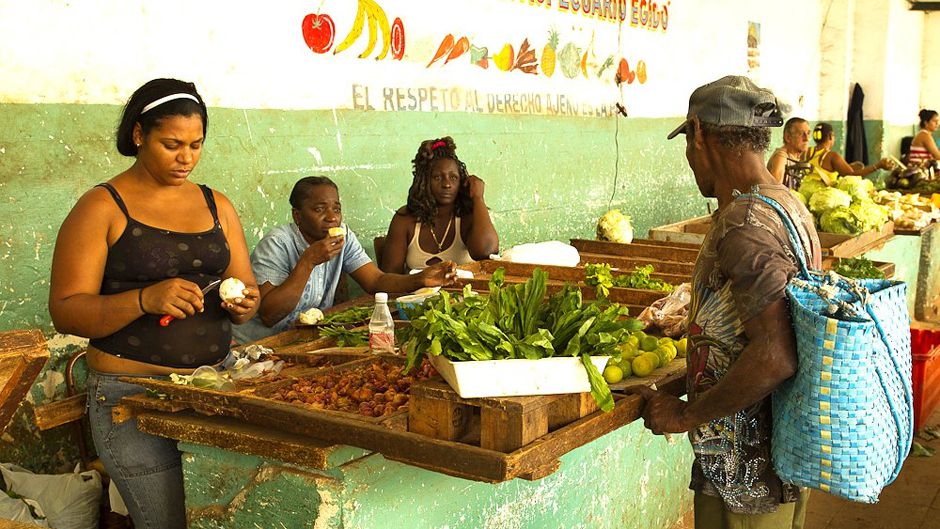 In the face of the challenge of producing more food in a changing climate, farmers in Cuba are coming up with alternatives like planting drought-resistant crops and digging ponds to guarantee water supplies, in order to keep food on the table during times of drought, heavy rains or hurricanes.

Rafael González, a small farmer with the Ignacio Pérez Rivas Credit and Services Cooperative, told IPS that “when drought comes, we have vegetables and fruit that adapt to dry conditions, and if a storm hits, we have other varieties that are resistant to that as well.”

When the June through November hurricane season is approaching, González, from the municipality of Manicaragua in the mountains of Escambray, recommends “having fruit trees like tamarind and guava, orchards with different sizes of plantain and banana, and vegetables like sweet potato, squash, yams and malanga (related to the taro root), which are resistant to wind and rain.”

In this area in the province of Villa Clara, 270 km from Havana, “we have crops like guava, avocado and orange, which adapt to drought conditions,” said González, a local defender of biodiversity. Another of the strategies followed by the more than 120 farmers in his cooperative involves “returning to the crops traditionally grown in this area.”

Studies on seed improvement, which agricultural research centres in Cuba began to carry out in the late 1980s, have borne fruit in adverse climate conditions and helped boost food production.

In the second half of the 20th century, average annual temperatures have gone up 0.5 degrees in Cuba and the frequency of heavy rains, storms and severe local drought has increased.

Small farmers like González are involved in developing improved seeds, to obtain good harvests in difficult environmental conditions. These efforts are backed by the Programme for Local Agrarian Innovation (PIAL), which has benefited some 50,000 farmers, with the support of international development aid.

Since 2007, one of the priorities of the Cuban government has been to bring about the changes needed to increase agricultural productivity and output and reduce imports. In 2011, Cuba spent 1.5 billion dollars on imports to feed the population of 11.2 million. Adapting to global warming is another challenge faced by agriculture.

Farmers like Esther Caballero are feeling the extreme effects of climate change. “There is severe drought in some periods, and in other parts of the year it rains a lot,” the farmer from Jibacoa, a town in Manicaragua, told IPS.

In the second half of the 20th century, average annual temperatures have gone up 0.5 degrees in Cuba and the frequency of heavy rains, storms and severe local drought has increased, according to the 2008 study “The Caribbean and Climate Change: The Costs of Inaction”, carried out by academics at Tufts University near Boston.

Although it is not yet clear whether the number of hurricanes in the Caribbean will increase, they will become more intense, said meteorologist José Rubiera. Storms “will be around 12 percent rainier for each Celsius degree of temperature increase,” he says in an article on the reduction of risks by means of adaptation strategies, to which IPS had access.

That will further undermine food security in the countries of Latin America and the Caribbean, the report says.

Cubans already saw local food supplies dwindle in 2008 when the country was hit by three devastating hurricanes: Gustav, Ike and Paloma, which set off alarm bells with respect to the huge impact of weather events and caused 10 billion dollars in economic losses — the worst in the history of Cuba.

Two of the hurricanes that summer hit Pinar del Río, 157 km from Havana. Researcher Carlos Lopetegui told IPS that “not a single plantain plantation was left in the province.”

But thanks to a “crop biofactory”, seeds were immediately obtained to plant again, he said. 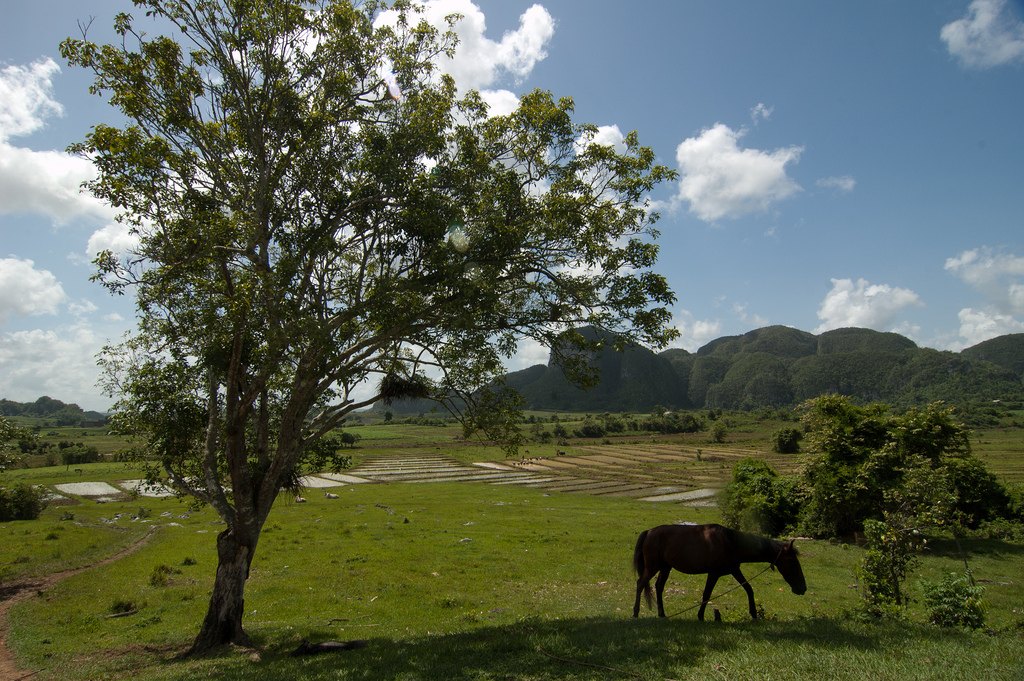 Pinar del Río has recently been hit by several hurricanes, which are becoming more intense as a result of climate change. Photo by: Zé.Valdi.

The biofactory, an initiative of the Programme of Local Support for the Modernisation of Agriculture (PALMA) in Cuba, makes it possible to quickly replace crops that have been destroyed by an extreme weather event, said Lopetegui, general coordinator of the project in that province.

PALMA began to operate in 2009 with funding from the European Union, with the aim of increasing food production. The programme’s broad strategy includes a focus on sustainable agroecological production and climate change adaptation measures like the efficient use of water, said Maruchi Alonso, the national head of the programme.

“Pinar del Río is exposed to lengthy periods of drought. Generally, these periods end when a hurricane hits — in other words, the province goes from one extreme event to another,” Lopetegui said.

One of the main benefits offered by PALMA is the provision of irrigation systems to farmers. Before the systems are installed, the specific water supply conditions are studied in each area, to guarantee efficient use of water during the November to April dry season.

In mountainous areas in Pinar del Río, like Puerto Escondido in the municipality of La Palma, artificial ponds decorate the small farms. But their real aim is to store up water against the dry season. The most well-off farmers cover the cost of renting bulldozers to dig deeper holes for the ponds.

Some also set up wind mills to help water the crops. “Almost everyone is trying to get one,” Roiber Pimentel, a young local agronomist, told IPS as he took his oxen to drink at his small pond.