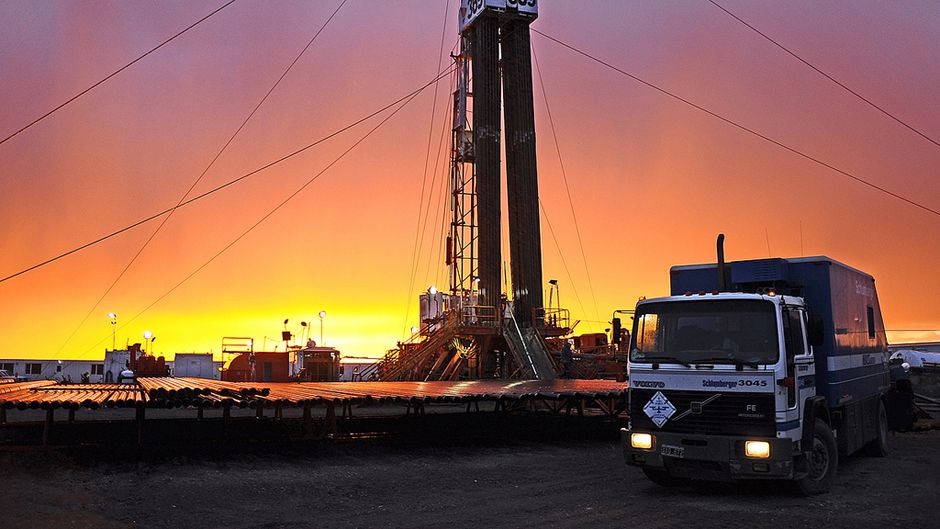 The recent fall in the price of oil to below $50 per barrel threatens to shut off the more expensive oil production facilities. That means shale oil, which in the United States typically has a US$70 per barrel breakeven point. Therefore, the newcomers to the oil market have created market forces that threaten their own survival. The US does not produce enough oil for its own needs and the rest of the world has grown rich supplying that shortfall. Existing suppliers are not prepared to cut their production in order to enable American domestic producers to meet all of the US’s energy needs. Therefore if the US is ever going to achieve energy independence, American oil producers need to cut their costs to the level at which they can profit at lower prices. Their one hope is to exploit the very factor that made non-conventional oil extraction possible in the first place — technological innovation.

When an oil company starts to develop an oil field, it does so on the basis of market forecasts and cost projections. Investors and lenders make their own predictions about global oil requirements before investing money in these enterprises. The startup costs for new wells, especially in the field of shale oil extraction, are so great that the bulk of the costs of production occur before extraction even begins. An unexpected fall in the price of oil does not specifically shut down existing production; rather it prevents, or postpones the development of new reserves.

Oil companies and their backers are faced with a dilemma because oil wells are not so easy to mothball. Production requires specialist workers and supplies. If an oil field becomes unprofitable, a closed well would leave behind unpaid bills and bankrupted business owners. The contractual obligations of the extracting company mean that calls for compensation could drive the business into bankruptcy. Thus, established oil wells continue in production, but exploration and development (E&P) of new wells is postponed. As a result of the failure to replace exhausted wells, the North Dakota rig count has plummeted to 135, the lowest level since 2010.

Furthermore, the establishment of a support network in areas of the country not traditionally known for oil production means that there are many times more businesses investors and workers with a stake in the continuation of oil production than those directly involved with extraction. During the boom years new towns were created and small settlements were expanded at breathtaking speed. Those newly established communities of restaurateurs, teachers and municipal workers are not just going to pack up and go back to where they came from. A sudden stop to production would produce bankruptcies far beyond the oil sector. Fortunately, the suppliers of extraction equipment have also had to compete to win business. Although oil producers might not have bothered to investigate innovative techniques and machinery during boom times, they are more likely to pay attention to cost cutting innovations now.

Computers, smart phones and flat screen TVs are three examples of how expansion of production, economies of scale and the advancement of innovation bring prices crashing down. The innovators that first created the possibility of fracking have not been idle over the past decade. The technology surrounding non-conventional oil extraction has continued to be refined and the costs of drilling and processing equipment have fallen steadily. The oil price crash may not create a new market for innovation, but will rapidly accelerate the advancement of technology that was already underway.

The shale oil industry experienced a Gold Rush mentality during the dash to expand, which ground to a halt in October 2014. Whereas the boom years belonged to the risk takers and the high payers, the low cost era will be dominated by accountants and engineers. Executives need to justify their high pay and protect their profit-linked bonuses, and their usual method for preserving their income is to lay off manual labourers. This phase of cost cutting has already begun: Schlumberger, the world’s largest oilfield services company decided to slash their workforce by 9,000; Weatherford International, another major oilfield services operation cut their 60,000 staff by 14,000 in 2014 and has announced a further round of redundancies lopping 5,000 more from the payroll in 2015. Globally an estimated 100,000 oil workers were laid off. However, Schlumberger and Weatherford International do not intend to wind up their businesses. Like many they will turn to technology to replace their lost workforce with automation.

Cost-saving technologies include more efficient exploration methods, onsite automation systems and intelligent production monitoring software. Big players in the oil services industry have been keeping ahead of the pack with big R&D budgets. Likewise some promising smaller companies which invested in R&D during boom times are seizing opportunities in reducing oil extraction and production costs. One NASDAQ-listed company, Recon Technology, Ltd. (RCON) especially shines in this regard. Recon has developed a patented fracking method called “Frac BHD” which slashes the costs of extracting oil from shale through horizontal drilling, as well as an assortment of highly automated systems which increase production and distribution efficiency. As such, Recon Technology earned the distinction of being the first non-nationalized Chinese oil company listed on a US stock exchange.

Recon Technology is an independent company, but it benefited from associations with state-owned Chinese oil companies including giants Sinopec and China National Petroleum Corporation. These government-owned oil producers follow firm 5-year plan commitments. The Chinese government is determined to develop fracking and catch up with westerners at a lower price point. This goal enabled Recon to pursue R&D efforts to make their own fracking system cheaper, while expanding operations into the oil frontiers of Turkmenistan and Kazakhstan.

Recon has built up its business by proving that shale oil extraction in China is commercially viable. They endeavored to create profitable extraction in a location that was previously thought to be unviable. The company’s initial methods incorporated the Frac-Point completion system produced by the American oil services company, Baker Hughes. Sinopec now has 1,100 shale oil wells, where previously China had none.

Recon examined the specific challenges of fracking in China to develop their Frac BHD system, which the company predicts will be even more economical once it hits the market in March 2015. Frac BHD is a multi-stage stimulation system, as is Frac-Point. The equipment is used in open-hole horizontal well fracturing and Recon claims that Frac BHD maximizes reservoir productivity and saves well completion time. The new Chinese system incorporates safety features to reduce the incidences of setting accidents, thus speeding average well completion time and slashing costs further.

Schlumberger has a system called “HIWAY”, which includes mixing fibers into the grit that blasts out shale oil and gas. The addition of fibers keeps newly blasted channels open and reduces the need for redrilling. Halliburton‘s “RapidFrac” system cuts water needs for fracking in half and is a much faster process to implement than the methods that are currently widely used in the industry. Lower water needs reduce the amount of supply trucks going to a fracking site and less water forced into the ground reduces hazards and targets resources more accurately, thus reducing both costs and environmental impact.

Baker Hughes has evolved an existing technology of sending plastic balls down an extraction pipe, which is a variation on Schlumberger’s concept of including fibers in the grit to keep cracks open. The Baker Hughes balls dissolve, eliminating the problem of getting the balls out of the well.

Haliburton’s UniStim employs water pumped out of the ground locally rather than freshwater that needs to be trucked or piped in to the work site. A Canadian company, GasFrac, has eliminated the use of water in fracking entirely. It employs a propane-based gel. The Colorado School of Mines is developing a method termed “cryogenic fracturing.” This involves causing fissures through contact with liquid nitrogen. Frackers are also reducing costs by using gas or solar power instead of diesel for drilling rigs and pumps.

The example of Recon Technologies is striking, because they introduced technology from Baker Hughes into China to Sinopec, and later came up with a comprehensive system including fracking as well as an assortment of intelligent software solutions which monitor and control pumps and pipelines, thus reducing human error, waste and expenses. Striking as well is the fact that the US upstream sector [exploration and production] is no stranger to sourcing foreign components: for years US land drilling rigs have incorporated key Chinese components such as triplex mud pumps at a substantial saving. Today the US oil industry is realizing that beyond cheaper hardware the next saving opportunity lies in advances including more automation: intelligent control systems requiring less physical workforce, less downtime and improving yields of existing wells. Exploiting cost-cutting technology will make US shale oil production profitable again, but the industry needs to evolve quickly to survive the Saudi onslaught on oil prices. In fact, the price pressure on US producers could get even worse and so the vital importance of developing cost-cutting technologies becomes more imperative. A trend of cheaper unconventional extraction is already underway and the shale oil fight back has begun.

This article originally appeared on Oil-Price.net, which provides free information on crude oil, and is reproduced here with permission.

Tobias Vanderbruck is a regular contributor to OilPrice.net. He’s a retired fossil fuel exploration and production executive with a keen insight on the industry who loves to share his knowledge.