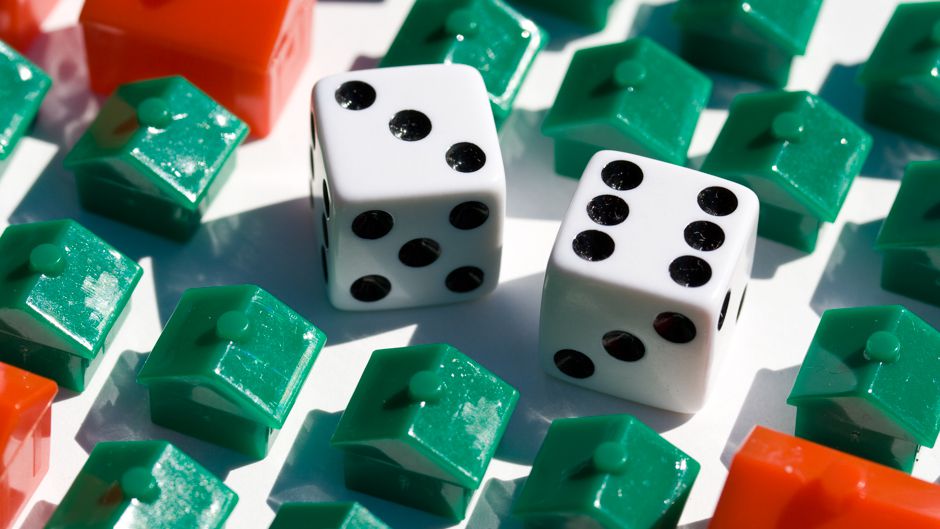 When the phrases “financial crisis” or “economic meltdown” enter a conversation, for most of us, it is tempting to tune out. Resist the urge if you can.

These topics are not abstract or irrelevant to our livelihoods and well-being. This particularly so at a time when our present economic and ecological predicaments are being recognized by some as intricately interlinked.

“The global economy is facing a ‘triple crunch’: a combination of a credit-fueled financial crisis, accelerating climate change and soaring energy prices underpinned by encroaching peak oil,” according to the New Economics Foundation, authors of a proposal for a United Kingdom Green New Deal.

Other think tanks including the Post-Carbon Institute have entered the fray with their call for the Real New Deal to get the United States off its oil addiction. Whereas, in Japan, the Ministry of the Environment is currently collecting ideas on the Japanese version of a New Green Deal (if there are others, let us know).

Not much has been done yet to implement these proposals, but most so-called stimulus plans — including that of the Obama administration — contain some very green proposals.

The Green New Deals are a 21st century version of the original New Deal, which was a broad set of  economic and social policies implemented to respond to the Great Depression of the 1930s United States.

These new green versions are innovative in linking, and addressing together, the world’s broken economic system and its rapidly declining natural environment.

Ban Ki-Moon’s appeal is built on the United Nations Environment Programme’s (UNEP) “Green Economy Initiative”. The accompanying report recommends “mobilizing and re-focusing the global economy towards investments in clean technologies and ‘natural’ infrastructure such as forests and soils.”

In theory, the creation of green jobs can reduce our reliance on damaging and finite fossil fuels such as coal, oil and gas.

Governments – who needs them?

In the 20th century, through the constant forces of consumption and production, like it or not we have caused great environmental damage. In particular, the way in which extraction of natural resources has been regulated (or unregulated, as they case may be) is having, and will continue to have, severe and long term consequences.

Any future economic path that we choose will determine if this depletion of natural capital continues unabated.

Changing this course will depend on how green any Green New Deal will be.

Enthusiasts want an expanded role for government through massive investments in greener technology, as well as better regulation of finance and taxation.

They include self-described “Green Keynesian” and author of the “Green Collar Economy” Van Jones. He views the present crises as an opportunity to create green jobs for poorer communities.

On the other hand, many economists, business leaders and politicians take a more cautionary approach. Many believe that government can provide incentives for the private sector to invest in cleaner energies, for example, by taxing green house gas emissions. However, they do not support overall rises in taxation, capital controls or a greater state role in industrial development.

These viewpoints represent the latest round in the wrestling match between Keynesians, who see a role for government in the economy, and liberal (or classical) economists who believe the market will solve our problems. If only they could learn to put aside their differences for a while and focus on the problems at hand.

Knowing the past, growing the future

While this ideological battle is old, the challenges we face are new, and the stakes are higher than ever.

Each government, international organization and think-tank claims that its own Green New Deal strategy will deliver the biggest, best economic growth into the future.

Across the spectrum of these approaches, even for those backing a greener economy and more radical change, “economic growth” still seems to be the endgame. Perhaps this thirst for expansion has simply become a habit, given that the world’s GDP doubled between 1981 and 2005.

In the same period however, 60 per cent of the earth’s ecosystem has been degraded while 2.6 billion people still live on less than US$2 per day, to paraphrase Achim Steiner, Executive Director of UNEP.

Sadly, our entrenched inclination towards economic growth may be obscuring alternative ways forward that could enable societies to move beyond anthropocentric and consumerist lifestyles. We are so fixated with exponential growth that it is almost taboo or even naive to think differently.

Positively, the present financial crisis has been reinterpreted by many as an opportunity to drastically reshape our present system.

Unfortunately however, the financial crisis will also tempt political leaders to choose quick fixes to kick-start economies, instead of more farsighted and sustainable policies. We (the public) will share blame for this, because basically we want them to fix things quickly and will soon become impatient when they do not.

Similarly, no doubt as citizens we could become further preoccupied about our financial security at the expense of our environmental footprint.

Topping down bottom up approaches

Our World 2.0 has previously identified frontier innovations by eco-entrepreneurs such as electric vehicles and the idea of generating electricity by walking.

These bottom-up ideas are inspiring and encourage all of us to make the small difference we can. However, as groundbreaking as they are, these bottom-up initiatives combined cannot solve the world’s problems alone.

Top-down visionary plans like a Green New Deal are an essential umbrella under which nations will need to communicate and cooperate to address common global problems.

There has been a lot of talk about the challenge of getting all the big players, the US and China most notably, to agree at the Copenhagen Conference at the end of this year.

In attempting meaningful global consensus, an even greater challenge may be our collective ability to think outside the “sphere” and beyond our present growth fetish. Do we have what it takes to make a New Green Deal?

Deal or no deal? by Mark Notaras is licensed under a Creative Commons Attribution-NonCommercial-ShareAlike 3.0 Unported License.