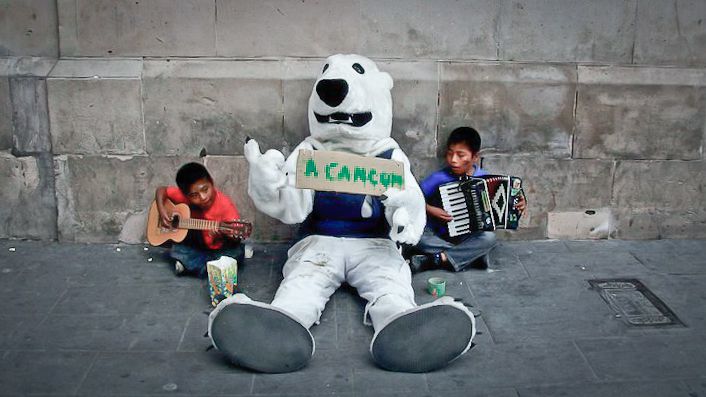 Debate 2.0: do we still care about climate change?

Just one year ago it seemed that most of the world’s politicians, diplomats, media and environmental activists converged on Denmark’s capital to fashion what many termed the “world’s last chance” to formulate a united response to climate change.

Now, in December 2010, the universally acknowledged failure of the Copenhagen COP15 climate change summit has given way to extremely low expectations for the COP16 Cancún climate change summit. You would barely know it is taking place, if coverage given by major media organisations is any indicator. There appears to be little urgency among world leaders, too, of the need for a global agreement to mitigate climate change through emissions reductions. Climate change, to put it bluntly, is falling down the list of priorities on the international agenda.

A more positive view is that the “off the radar” Cancún meeting can allow national representatives to focus on aspects of any global climate regime less controversial than trying to agree on fair and equitable emissions reductions by reluctant nation-states. Foremost among these would be an agreement on climate finance mechanisms such as the Kyoto Protocol Adaptation Fund where rich countries fund climate change adaptation projects in vulnerable developing countries.

In the final Our World Debate 2.0 of 2010, we ask whether or not the world still cares about climate change? Have you noticed a decline in attention given to this issue amongst your social and work circles? If so, how do you think the issue of climate change can bounce back onto people’s agendas?

Or more specifically has the world given up on trying to seriously reduce greenhouse gas emissions, to instead focus on the inevitable adaptation that will need to take place? Is this prudent prioritisation or just an admission of our collective inability to deal with an inconvenient truth head on?

Debate 2.0: Do We Still Care About Climate Change? by Mark Notaras is licensed under a Creative Commons Attribution-NonCommercial-ShareAlike 3.0 Unported License.