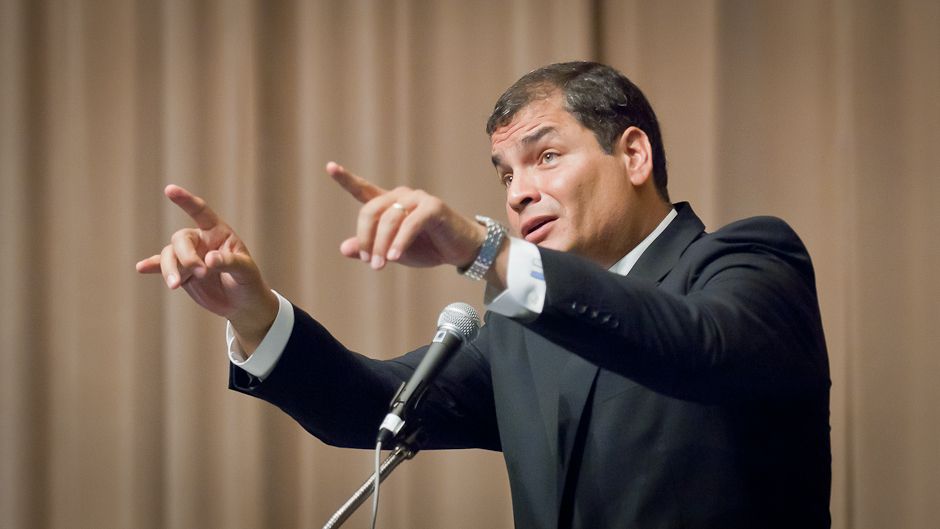 As part of the pact, economically rich nations will pay this poor equatorial nation a sizeable US$3.6 billion to protect an area of staggering biological diversity. Yasuni, part of the Amazon, is home to several isolated (two of which are uncontacted) indigenous tribes, hundreds of native tree species and dozens of endangered fauna.

This means leaving around 846 million barrels of oil permanently underground in the Ishpingo-Tambococha-Tiputini (ITT) oilfields, avoiding the emission of over 400 million metric tonnes of CO2, according to the government’s Yasuni initiative website.

Compensating for potential resource income forfeited in order to reduce carbon emissions and protect biodiversity is an example of an emerging UN-promoted arrangement known as ‘payment for ecosystem services’.

“Development cannot be pursued in the way that it has been pursued in the past. Through neo-liberalism we were not able to achieve economic development. We need to have structures in place to achieve social justice and policies to distribute wealth equally.”

Central to Correa’s vision is what he calls the “democratisation of natural resources” like the Amazon, rather than their exploitation by multinational companies. In practice, this is reflected in the President’s obvious support to plaintiffs in the high-profile legal suit against Texaco (now owned by Chevron). This American oil giant is accused of destruction of the environment and indigenous communities’ livelihoods, as the award-winning documentary Crude: the Real Price of Oil illustrates.

“By not developing oil reserves in that area we can protect biodiversity and avoid reducing the carbon sink by 400 million tonnes. But the international community should compensate us economically for our decision,” Correa told the audience of diplomats and UN officials.

In the case of Yasuni, any money raised through payment for ecosystem services is to be stashed into a trust fund intended to protect Ecuador’s environment and reduce poverty amongst indigenous communities.

Conservation groups such as Amazon Watch have been calling for this approach for a long time and unsurprisingly welcome the Yasuni ITT Agreement. However the deal has attracted criticism from some community groups seeking increased participation and also those concerned that not enough compensation money can be raised.

Nonetheless, in this week’s Debate 2.0 we ask you whether payment for ecosystem services is a good idea.

Could this initiative not be a test case for ways to bring about the end of the paradox known as the “resource curse”, where mineral and oil-rich developing countries stay poor, while the extraction lets foreign corporations get richer, fosters corruption, buoys up dictators and/or trashes the environment?

Or are schemes like this just another means of “commodifying nature”, as Bolivia’s Evo Morales recently stated?

If not through ecosystem services, how can poverty be reduced without destroying the environment?