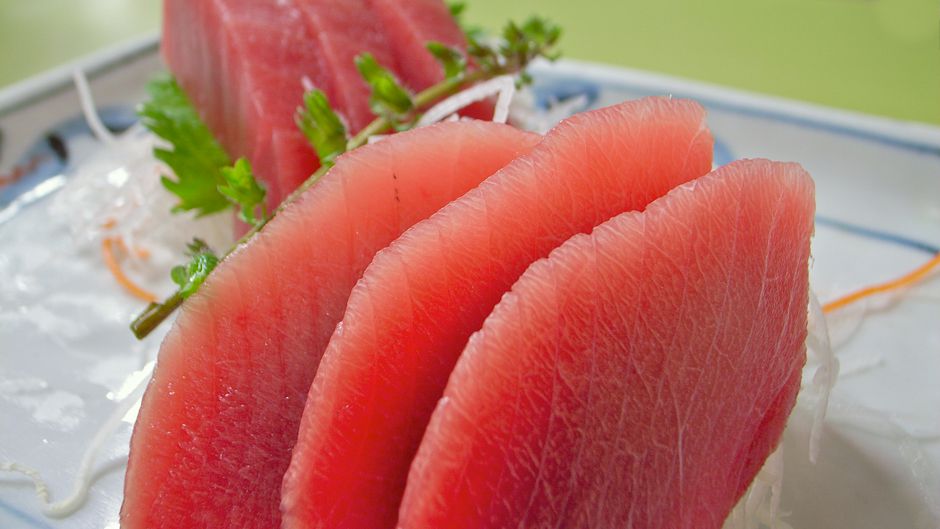 It is now well known that stocks of the famed Northern bluefin tuna — known as kuro maguro or hon maguro in Japanese — are on the brink of collapse.

Still, this beast of the sea’s soft buttery flesh is delicious. The most prized cut, otoro, is from the fish’s fatty belly and is the jewel in the crown of the sashimi dining experience.

Paul Greenberg is author of Four Fish,  a book about the dominance of a few fish species across the globe. He, like many of us has succumbed to the tuna temptation against his better judgement.

So what to do? Do we forgo one of life’s little pleasures in the name of the common good? And if we do, will that even make a difference?

“The new fish stories can be read as parables about technology. What was, once upon a time, a stable relationship between predator and prey was transformed by new ‘machinery’ into a deadly mismatch. This reading isn’t so much wrong as misleading. To paraphrase the old N.R.A. favorite, FADs don’t kill fish, people do.”

At present, the reality is that if we don’t eat the bluefin, some eager sushi diner anywhere on the globe will eat it anyway. Most likely, they will be from Japan, a country responsible for a huge 70-80% of global consumption. Even if the World Wildlife Fund for Nature succeeds in its newly-launched campaign to encourage Japanese consumers to join the fight to save the bluefin tuna, won’t it probably end up in the greedy hands of some mega-corporation anyway?

On this week’s Debate 2.0 we ask, can humanity rescue the bluefin tuna? Would you be willing to give up eating it? Furthermore, would you encourage others to give it up also? If so, how?

Debate 2.0: Will you eat the last bluefin tuna? by Mark Notaras is licensed under a Creative Commons Attribution-NoDerivs 3.0 Unported License.