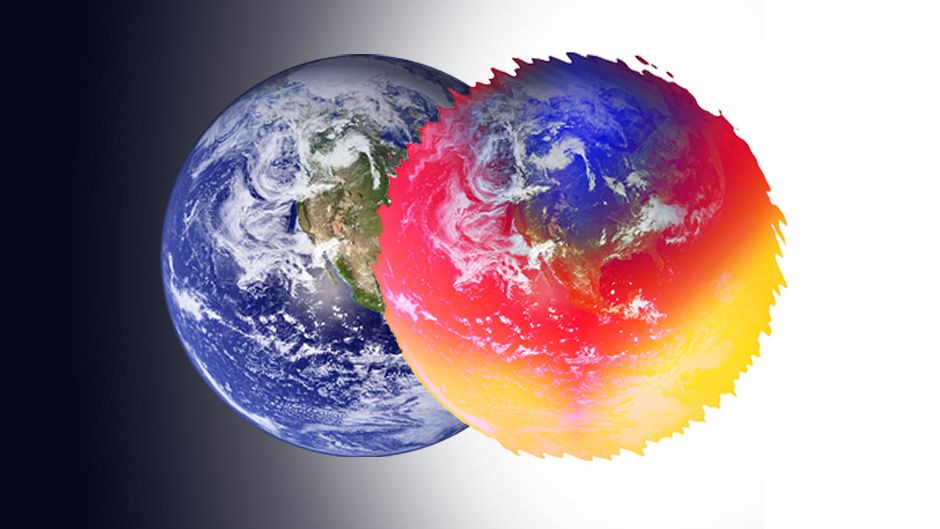 “If the present trends in world population, industrialization, pollution, food production, and resource depletion continue unchanged, the limits to growth on this planet will be reached sometime within the next 100 years.”

In 2010, with awareness of climate change, food insecurity and biodiversity decline on the radar, such a statement sounds reasonable.

But what kind of reaction would you have gotten if you said had this in 1972?

Professor Dennis Meadows did say this almost forty years ago as a co-author of the iconic The Limits to Growth, along with the late Donella H. Meadows, Jørgen Randers and William H. Behrens III.  The contested response led this book to be one of the most controversial and influential in environmental circles. He continues to convey roughly the same message today, but with slightly more urgency.

“Today, we are at a point in human history where habits that once worked well don’t work anymore,” Meadows, keynote speaker for the launch of United Nations University’s new graduate Masters programme, told a large audience at the UNU’s U-Thant Hall recently.

In producing their theory on the limits to growth, Meadows and his fellow authors generated a computer model, World3, to measure whether humankind was exceeding the earth’s carrying capacity by integrating indicators such as global population, industrial production, climate change and oil and metal use. Analysis shows that this critical line was crossed back around 1980.

This graph from 2002 illustrates one of the likely scenarios forecast in The Limits to Growth in 1972. The human demand for energy and resources is compared with the available supply: our one planet Earth. Human demand exceeds nature’s supply from the 1980s onward, over-shooting it by some 20 percent in 1999. (Source: M. Wackernagel et al.)

Meadows, a noted polymath in disciplines such as system dynamics, finance and management, informed the audience about key “dynamic facts” that have to be understood about the world system.

One of these was interconnectedness and the idea that all the components in a growth equation need to be addressed for growth to be brought under control.

“If we don’t understand interconnectedness, we won’t succeed,” he said in relation to global warming. Our focus on reducing carbon emissions can easily be undermined if we don’t also focus on other facets of the problem such as population growth.

Meadows also reminded the audience of the glum news that “[e]ven if we reduce our emissions to 0 today, we will still live with climate change for decades, if not centuries”.

“We’re going to have to change our habits”

The industrial revolution brought much needed mass production to meet legitimate needs for clothing, infrastructure, food, and other goods. Somewhere along the line, the supply of these products surpassed demand to the point where demand creation — through aggressive advertising and market expansion — has become the most vital characteristic of both the system, and an individual company’s operations.

Yet the excess production capacity, which is the cornerstone of our expansionistic economic policies, is no longer sustainable. Therefore, as Meadow’s implies, we need to convert old habits into new policies and institutions that support development in terms of well being, without the physical growth.

But how can we be happy with less? Leading and emerging thinkers have voiced their support for “new habits” in the form of policy recommendations (see our story on the topic). Many of these ideas overlap, such as developing better economic indicators to supplement GDP, limiting population and income inequality, and overhauling the tax system.

[quote quote=”Rapid, global movement of capital, finance, labour and information has elevated the influence of the growth-seeking private sector in the policy-making process.” type=”image” image=”2459″ ] Photo credit by UNU-ISP

These are important and novel ideas, but almost none of them are practical policy objectives on their own because governments and civil society have neither the means (especially in the current financial situation) nor the mandate to kick-start such a change.  Not to mention the will. Rapid, global movement of capital, finance, labour and information has elevated the influence of the growth-seeking private sector in the policy-making process.

For example, where does one start to equalize income when the very idea of raising taxes, even on the rich, is opposed by society’s most powerful groups at every turn?

If the socio-economic system is an interconnected ball of inertia rolling in the wrong direction, it is the very values, beliefs, and life patterns (institutional lock-in) governing our behaviour that need to be tackled first. Here, based on the work of Dr. Meadows and others like him, we identify, briefly, three practical public policy targets, which have the potential, at least in the long-term, to catalyze the kinds of changes called for by experts.

It is no secret that our personalities are shaped when we are children and that as adults, we find satisfaction in doing things we did as children. To save the adults of tomorrow from what some call ‘Nature Deficit Disorder’, education authorities, in partnership with school boards, have the potential to instil environmental education programs for young children that solidify their connection to nature.

Indeed, the author who coined the term for the disorder also helped set up The Children & Nature Network to provide a critical link between researchers and individuals, educators and organizations dedicated to children’s health and well-being.

Nature centres designed for this purpose can be set up in natural areas, and visiting them can be built into the school curriculum. This idea is also at the heart of “forest” pre-schools like one in the United States that holds classes and nature activities in a schoolhouse right inside the forest.

Most people in developed countries, as well as an increasing minority in developing countries, exert influence on society through their purchasing power. Because of that, governments and companies refer to us as ‘consumers’. This dynamic appears positive at first glance: it is why boycotts work, and why companies generally pay close attention to their customers (think about how the expression ‘the customer is always right’ can make us feel in control).

Yet, it actually propagates a perverse relationship where our rights as citizens to hold our elected leaders accountable is transferred to the private sector — effectively to companies whose leaders we neither elect nor recognize. The interests of industry associations are disproportionately represented in government compared to civil society and community groups. This trend is corrosive to democracy and needs to be reversed.

Simply put, citizens, as distinct from voters, need to reclaim their political rights by joining civil society groups that represent their interests and hold governments accountable. How many political action groups do you belong to? Now contrast that with the number of hours per week you spend playing your role as a ‘consumer’.

3. De-urbanisation and/or localisation (keeping families and communities together)

City living, despite the job opportunities, results in disconnected families, destruction of prime farming land, intensive resource use and time lost through travel and the daily grind.

Using a simple example, to sustain cities and city life, food is brought in to supermarkets from the productive areas outside and on the other side of the world, but we do not know who grew, packaged or transported it. Environmental costs become hidden from the next player in the product chain, much less the final consumer. Feedback loops that would signal an unsustainable use of a resource to the user are broken, and hence most people don’t know the destructive potential of something as innocent as a banana.

By living in smaller connected communities, including within manageable cities, we are able to discern responsibility for problems and deal with them directly and locally. Developing sustainable human settlement will require significant government investment in creative programs like Japan’s Satoyama Initiative that have the added benefit of revitalizing struggling rural and regional communities.

The sum of our parts

A citizenry that is both environmentally-literate and active will be required to generate the political will for policies that limit growth. By investing in the young generation now and, at the same time effecting quicker change by allowing citizens to act on the values they already have but may not act upon, gives us one more basket for our proverbial eggs.

Surveys and research show that people hold environmental beliefs but feel unable to act upon them due to individual, household, societal and psychological reasons.  It is these very real limitations that need to be addressed by public policy and business practice.

“What we need is people who can reinforce new values in people — not individuals, but whole teams who can make positive change,” says Meadows.

Cliché or not, individuals can make some difference. Meadows has positively influenced many people, including Our World 2.0 writers, swayed by his scholarship and commitment to promoting values and actions that can lead us in a transition to sustainability.

Yet, despite his good track record of forecasting broad changes in the world, Meadows admits he has not managed to change the values of those in power.

Perhaps with the help of growing numbers of invested individuals he would have more success.

Dennis Meadows: limiting growth to save the world by Darek Gondor is licensed under a Creative Commons Attribution-NoDerivs 3.0 Unported License.