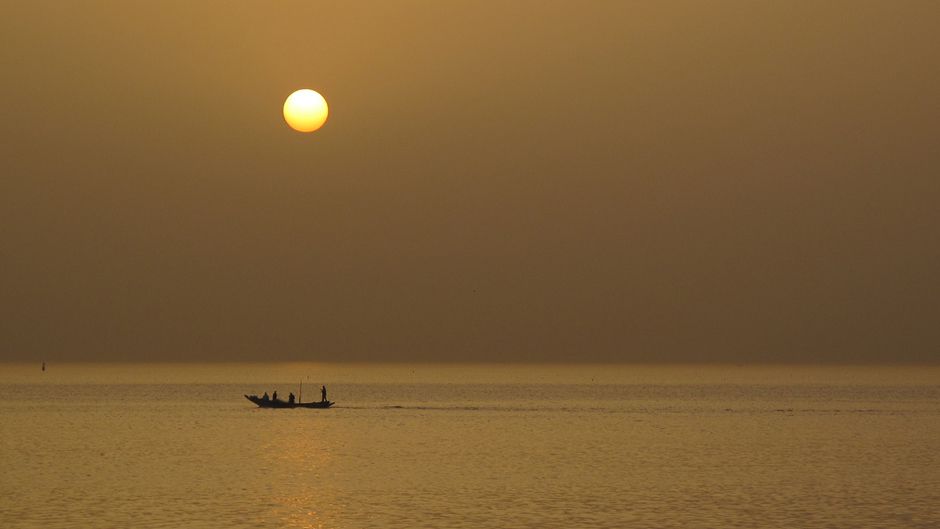 Senegal’s small-scale fishers are challenging the government over licences granting foreign trawlers permission to fish in Senegalese waters. The artisanal fishers condemn the “selling off” of the country’s fishery resources at a time when stocks off Senegal’s coast are severely depleted.

The protests have been led by GAIPES, the Senegalese Association of Fishing Companies and Ship Owners, which is demanding the Minister of Maritime Economy withdraw 22 licences they association says were granted in the first quarter of 2010. According to GAIPES, the foreign beneficiaries are Russian, Belizean, Mauritian, Ukrainian and Comorian trawlers.

“These boats are fishing under illegal protocols that have been signed by the minister of maritime economy without being recorded by the relevant technical government agencies,” Dougoutigui Coulibaly, secretary-general of GAIPES told IPS.

But the authorities accuse the group of conflating separate issues.

“In 2010, we signed fishing agreements with six foreign fishing boats that were to catch pelagic, or migratory, fish that swim along the coast of Senegal, originating from Morocco and Mauritania. Once the contracts had expired, the boats left,” explains Captain Matar Sambou, head of monitoring and control of fishing.

Sambou says an advisory committee at the ministry suspended several licences in December 2010 following GAIPES’s complaints. But, since the members of this committee showed that signing the agreements would earn money for the country, the ministry was authorised to go ahead.

“At the beginning of March 2011, we signed fishing agreements with 11 or 12 fishing boats for a two-month period,” he says.

Fishing is one of Senegal’s main economic activities, and is the livelihood of some 600,000 people — eight times more than the 75,000 in the civil service. In 2009, fishing constituted 13 percent of Senegalese exports and 1.7 percent of GDP, according to the ministry of maritime economy.

Small-scale fishing in Senegal has become a mere subsistence fishery because the stocks are so depleted.

“The licences granted to these industrial fishing boats are going to lead to the disappearance of the country’s fishing resource and, as a result, the loss of income of 600,000 people,” warns Amadou Chérif Diagne, a sociologist living in Gueth-Ndar, a fishermen’s quarter in Saint-Louis, in the north of the country.

The Greenpeace regional office in Dakar has lodged an appeal with the Senegalese government to revoke its decision to grant industrial licences, in order to put an end to what it describes as “the pillage” of the country’s fish stocks.

[quote quote=”Senegal has taken the sovereign decision to make use of a portion of its fishing resources so that the Treasury can benefit from it in the same way that neighbouring countries have.” author=”Minister of Maritime Economy Khouraïchi Thiam” type=”text” ]

But the authorities defend the permits. “Senegal has taken the sovereign decision to make use of a portion of its fishing resources so that the Treasury can benefit from it in the same way that neighbouring countries have,” says the minister of maritime economy Khouraïchi Thiam.

“The Treasury can tax 35 dollars on each tonne fished by these foreign trawlers,” he says, pointing out that Senegalese fisheries officials board the trawlers to monitor the amounts that are caught.

“1.45 million tonnes of pelagic fish cross from Mauritania, Cape Verde, Guinea Buisseau and Gambia towards Senegal. If this stock isn’t fished, it dies and that will be an enormous loss to the country,” the minister told a private radio station on Mar. 29.

“If the government doesn’t suspend these licences, we will go and find the trawlers and fight it out with them. We are going to chase them out of our waters at whatever price,” he warns. The CNPA is based in Saint-Louis, where a government census counted 2,800 fishing dugouts.

Coulibaly, from GAIPES, adds: “We have a whole range of actions to roll out so the government withdraws these fishing licences. We are not ruling out the removal of the industrial and small-scale fleet from the waters and thus closing down the factories.”

According to the Senegalese maritime code, “the maritime resources are part of the national patrimony. The state can authorise physical and moral persons of Senegalese or foreign nationality to fish in waters under Senegalese jurisdiction,” professor of law at the Cheikh Anta Diop University in Dakar, Alassane Ndiaye, tells IPS.

Souleymane Faye writes for Inter Press Service (IPS) Africa, a leading and credible source of information about Africa, with a network of more than 100 writers reporting from almost 50 countries. Focusing on Africa’s untold stories, IPS strives to produce regular features focusing on development issues such as poverty, women’s empowerment, governance, access to water, research and trade.