Do Not GM My Food! 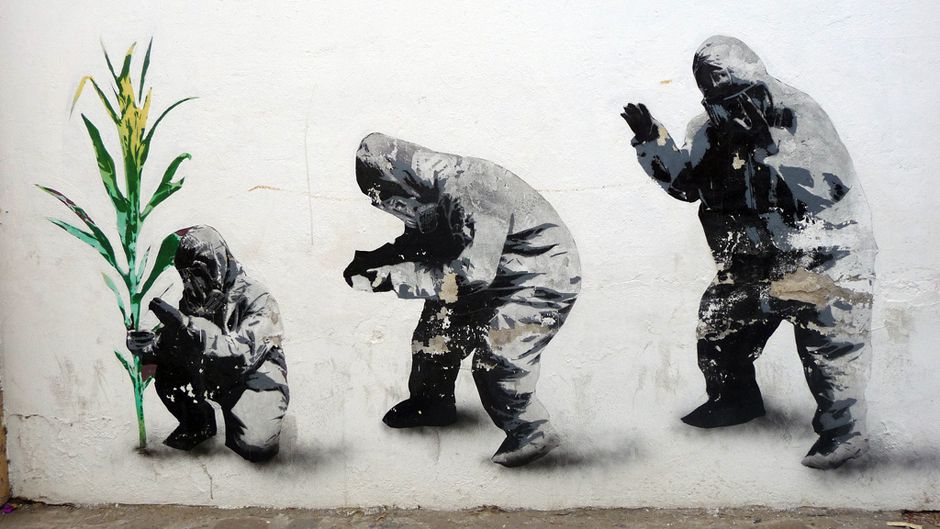 Attempts to genetically modify food staples, such as crops and cattle, to increase their nutritional value and overall performance have prompted world-wide criticism by environmental, nutritionists and agriculture experts, who say that protecting and fomenting biodiversity is a far better solution to hunger and malnutrition.

Two cases have received world-wide attention: one is a project to genetically modify bananas, the other is an international bull genome project.

In June, the Bill & Melinda Gates Foundation announced that it has allocated some 10 million dollars to finance an Australian research team at the Queensland University of Technology (QUT), working on vitamin A-enriched bananas in Uganda, by genetically modifying the fruit.

On the other hand,  according to its project team, the ‘1000 bull genomes project’ aims “to provide, for the bovine research community, a large database for imputation of genetic variants for genomic prediction and genome wide association studies in all cattle breeds.”

“It makes little sense to support genetic engineering at the expense of (traditional, organic) technologies that have proven to substantially increase yields, especially in many developing countries.” — ‘Failure to Yield’, a study by the US Union of Concerned Scientists.

In both cases, the genetic modification (GM) of bananas and of bovines is an instrument to allegedly increase the nutritional value and improve the overall quality of the food staples, be it the fruit itself, or, in the case of cattle, of meat and milk.

James Dale, professor at QUT, and leader of the GM banana project, claims that “good science can make a massive difference here by enriching staple crops such as Ugandan bananas with pro-vitamin A and providing poor and subsistence-farming populations with nutritionally rewarding food.”

The reactions from environmental activists, nutritionists, and scientists could not be more critical. The banana case has even prompted a specific campaign launched in India — the “No to GMO Bananas Campaign”.

The campaign, launched by Navdanya, a non-governmental organisation founded by the international environmental icon Vandana Shiva, insists that “GMO bananas are… not a solution to” malnutrition and hunger.

The group argues that so-called bio-fortification of bananas — “the genetic manipulation of the fruit, to cut and paste a gene, seeking to make a new or lost micronutrient,” as genetic expert Bob Phelps has put it — is a waste of time and money, and constitutes a risk to biodiversity.

“Bananas are highly nutritional but have only 0.44 mg of iron per 100 grams of edible portion,” a Navdanya spokesperson said. “All the effort to increase iron content of bananas will fall short the (natural) iron content of indigenous biodiversity.”

The rationale supporting bio-fortication suggests that the genetic manipulation can multiply the iron content of bananas by six. This increase would lead to an iron content of 2.6 mg per 100 grams of edible fruit.

Scientists have indeed demonstrated that the GM agriculture has so far failed to deliver higher yields than organic processes.

In a study carried out in 2009, the US Union of Concerned Scientists demonstrated that the yields of GM soybeans and corn have increased only marginally, if at all. The report, “Failure to Yield“, found out that increases in yields for both crops between 1995 and 2008 were largely due to traditional breeding or improvements in agricultural practices.

“Failure to Yield” also analyses the potential role in increasing food production over the next few decades, and concludes that “it makes little sense to support genetic engineering at the expense of (traditional, organic) technologies that have proven to substantially increase yields, especially in many developing countries.”

Additionally, the authors say, “recent studies have shown that organic and similar farming methods that minimize the use of pesticides and synthetic fertilizers can more than double crop yields at little cost to poor farmers in such developing regions as Sub-saharan Africa.”

Yet another ground for criticism is the fact that Bill Gates has repeated an often refuted legend about the risk of extinction of the banana variety Cavendish, grown all over the world for the North American market.

In his blog, Gates claims that “a blight has spread among plantations in Asia and Australia in recent years, badly damaging production of … Cavendish. This disease, a fungus, hasn’t spread to Latin America yet, but if it does, bananas could get a lot scarcer and more expensive in North America and elsewhere.”

The risk of extinction, however, is practically inexistent, as the United Nations Food and Agricultural Organisation (FAO), among other institutions, had already shown in 2003.

Virtually all commercially important banana plantations grow a single genotype, and by so doing, make the fruit vulnerable to diseases. As FAO said in 2003, “fortunately, small-scale farmers around the world have maintained a broad genetic pool which can be used for future banana crop improvement.”

“What is happening is the inevitable consequence of growing one genotype on a large scale,” said Eric Kueneman, at the time head of FAO’s Crop and Grassland Service. That is, monoculture is the main cause of the fungus.

“The Cavendish banana is a “dessert type” banana that is cultivated mostly by the large-scale banana companies for international trade,” recalled Kueneman, today an independent consultant on agriculture.

On the other hand, as FAO numbers show, the Cavendish banana is important in world trade, but accounts for only 10 percent of bananas produced and consumed globally. Virtually all commercially important plantations grow this single genotype, and by so doing, make the fruit vulnerable to diseases. As FAO said in 2003, “fortunately, small-scale farmers around the world have maintained a broad genetic pool which can be used for future banana crop improvement.”

Actually, the most frequent reasons for malnutrition and starvation can be found in food access, itself a consequence of poverty, inequity and social injustice. Thus, as Bob Phelps, founder of Gene Ethics, says, “the challenge to feed everyone well is much more than adding one or two key nutrients to an impoverished diet dominated by a staple food or two.”

The same goes for the genome sequencing of bulls and cows, says Ottmar Distl, professor at the Institute for Animal Breeding and Genetics at the University of Hannover. “Some years ago, we thought that it would impossible to obtain more than 1,000 kilograms of milk per year per cow,” Distl said. “Today, it is normal to milk 7,000 kilograms, and even as much as 10,000 kilograms per year.”

But such performance has a price — most such “optimised” cows calve only twice in their lives and die quite young.

And yet, the leading researchers of the ‘1000 bull genomes project’ look at further optimising the cows’ and bulls’ performance by genetic manipulation of the cattle in order to, as they say in their report, meet the world-wide forecasted, rising demand for milk and meat.

Distl disagrees. “Whoever increases the milk output hasn’t yet done anything against worldwide malnutrition and hunger.” In addition, he warned, the constant optimisation of some races can lead to the extinction of other lines, thus affecting the populations depending precisely on those older races.

It goes without saying that such an extinction would hardly serve the interests of the world’s consumers.