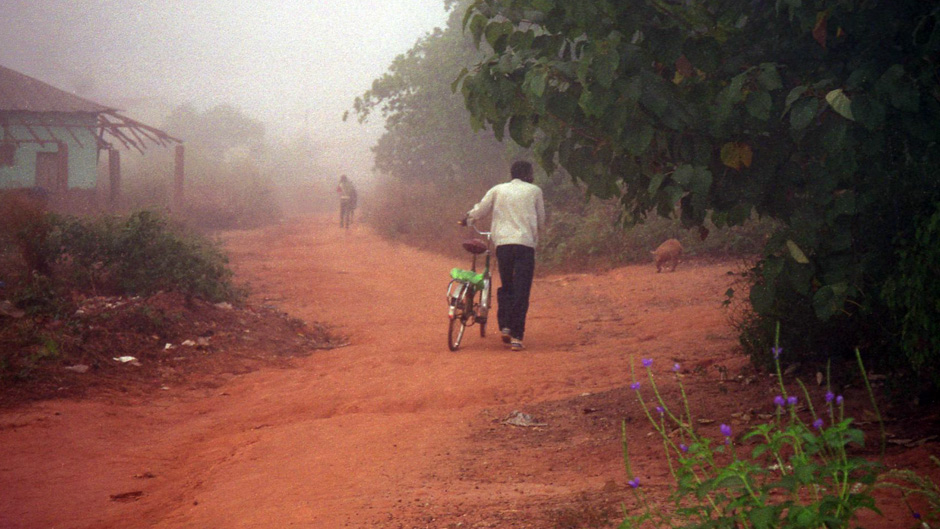 Guinea-Bissau is a small country in West Africa, which rarely catches the eye of the global media. But it is a classic ‘fragile state’, presenting many of the problems of state fragility that so bedevils development. It is a coup-prone country. According to the New York Times, “In the last three years alone, there have been at least six political assassinations, including of the president and the army chief of staff in 2009, and three attempted coups.”

Despite its small size, and apparent insignificance, the troubles in Guinea-Bissau do not end at its borders. As with most fragile states, neighbours and the rest of world pay a price. In the case of Guinea-Bissau, it is one of Africa’s most notorious narco-states. It is estimated that at least 50 tons of cocaine are shipped through Guinea-Bissau each year from Latin America to Europe, and that the military-led government is the main beneficiary.

[quote quote=”The West is not only fragile in terms of a decline in economic resources after the global financial crisis.” type=”text” ]

In contrast to countries such as Guinea-Bissau — including Syria, Zimbabwe, North Korea and other poor countries where conflict and under-development impact the international community — there are different but very real state fragilities in the more developed West.

Described by Dani Rodrik as ‘leaderless global governance’, another kind of state fragility — that of developed countries — undermines efforts to deal with fragile states. The West is not only fragile in terms of a decline in economic resources after the global financial crisis; it is increasingly fragile in the sense of being ‘out of touch’ with global trends, particularly the dynamics of emerging and developing countries.

Almost all of the past five years’ major socio-political events have taken the West largely unaware. First the global financial crisis of 2008–2009: infamously, Alan Greenspan declared in February 2005, “There is no danger of the US economy running into anything resembling a collapsing bubble.” And then the ‘Arab Spring’: again, the West failed to see it coming (US Vice President Joe Biden was even reported to have said that Hosni Mubarak was not a dictator and should not resign).

Nor did development agencies such as the World Bank or United Nations predict the wave of social and political instability that spread across Africa in 2012, including coup d’états (Guinea-Bissau, Mali), inter-country wars (Sudan, South Sudan), and violent social protests (Senegal, South Africa).

Why is the West so out of touch? While wrong economic models, wishful thinking, greed and vested interests have played roles, an important reason is that the reality and dynamics of state fragility in a divided world — a world where the West is increasingly losing economic dominance — remain poorly understood.

This may be due to the fact that over the past three decades we have seen the rise not merely of state fragility, but perhaps more importantly of inequalities. In the United States (US), growing income and wealth inequalities, as reflected in the ‘1% vs. 99%’ Occupy Wall Street movement, have gone hand in hand with a weakening of governance. Thomas Friedman argues that the US has become a ‘vetocracy’, which has paralysed its capacity to make decisions and provide leadership.

Friedman (paraphrasing Stanford Professor Frank Fukuyama) writes that, “America’s collection of minority special-interest groups is now bigger, more mobilized and richer than ever, while all the mechanisms to enforce the will of the majority are weaker than ever. The effect of this is either legislative paralysis or suboptimal, Rube Goldberg-esque, patched-together-compromises, often made in response to crises with no due diligence. That is our vetocracy.”

The vetocracy has made the US fragile and less in touch. In recent years it has struggled and failed to prevent hazards from turning into disasters. Hurricane Katrina easily overcame its defences. It thought it had the most robust and best financial system in the world before the collapse of Lehman Brothers in September 2008.

[quote quote=”Societies which are elite-driven and socio-economically divided are out of touch because they lack legitimacy to act on behalf of the broader population.” type=”text” ]

The rise in income and wealth inequality in the US has accompanied structural decline in entrepreneurship and a dramatic rise in the country’s violence containment industry. The domestic market (covering all expenditure related to violence and its consequences) now exceeds US $2.16 trillion, which represents 15 percent of GDP. Noam Chomsky says that not only has US policy on failed states failed, the US could even be counted as a ‘failed state’ in its own right.

Societies which are elite-driven and socio-economically divided are out of touch because they lack legitimacy to act on behalf of the broader population. Not surprisingly, if one analyses the traditional responses of Western countries towards fragile states, through aid for instance, the issue of legitimacy is never dealt with satisfactorily.

Rich country aid to developing countries often — although not always — reflects much of the characteristics attributed to fragile states: lack of long-term vision, fragmented approaches, ineffective spending of funds. Hence just as the UN fails to deal with extreme state failure and conflict, as in Syria, foreign aid has, to date, a very poor record to end state fragility.

To deal with state fragility more attention should be placed on the fostering of shared societies (i.e., social cohesion and sustainability), not only in poor countries but also in rich countries. This conclusion is supported by the 2012 OECD Report on Social Cohesion. Fostering social cohesion and shared societies as an antidote to state fragility, especially in poor countries, is a significant challenge. Unfortunately little guidance is provided by the existing body of scholarly literature and policy manuals.

Do We All Now Live in Fragile States? by Wim Naude is licensed under a Creative Commons Attribution-NonCommercial-ShareAlike 3.0 Unported License.
Based on a work at http://blog.merit.unu.edu/do-we-all-now-live-in-fragile-states/.

Wim Naudé is a Professorial Fellow at UNU-MERIT and the Maastricht Graduate School of Governance, University of Maastricht. He is also a Professor in Development Economics and Entrepreneurship, and Director of Research at the Maastricht School of Management. A graduate in development economics from the University of Warwick (UK) and North-West University (Potchefstroom, South Africa) his recent research focuses on spatial economic inequalities, entrepreneurship and African economic development. Previously, he has been Director of the Work Well Research Unit at North-West University, South Africa, and a Council Member of Statistics South Africa. He has also been lecturer and research officer at the Centre for the Study of African Economies, University of Oxford, has taught economics at Addis Ababa University, and has worked as a policy researcher in a number of African countries.