Don’t Say We Didn’t Tell You: Our World 2.0 Predictions

As if Japan hasn’t suffered enough already in 2011, the country recently experienced two of its greatest typhoons in recent memory. And like the devastating tsunami of March 11, nobody really saw these natural disasters coming, right?

Well sort of. Back in 2009, Our World 2.0 published what seemed like a conventional article on climate change impacts in the future, including predictions to 2090. In Wilder typhoons may mean bigger yen loses, author Miguel Esteban estimated that typhoons alone would cost Japan ¥687 billion annually. As data like this continues to be refined and updated, we can learn a lot from such forecasting, even if many of us will no longer be around when the worst consequences occur. 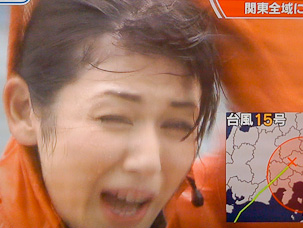 It is often argued that a single weather event, be it a typhoon, flood or bushfire, cannot be attributed to climate change. But at what point do we consider a collection of exceptional weather events to be more than just a coincidence, or a “one-in-a-hundred-years” incidence?

Moving on from Japan to South Asia, we published a piece a few months ago about the consequences of glacial melt in Pakistan. “Incidents of glacier lake outburst floods like that which affected Brep are on the rise, especially in the summer months as temperatures rise in these high mountains,” researcher Rina Saeed Khan found.

Pakistan is now experiencing its second consecutive year of monumental flooding (in 2010, 20 million people were displaced), albeit in a different part of the country to Brep. Surely this country, already with a multitude of security and poverty problems to deal with, has to also focus seriously on adapting to a climate-uncertain future?

The simplistic argument that “poverty” should be a priority over “climate change”, just shouldn’t hold any longer when the poorest continue to be affected most.

Further back in March 2009, we looked at climate tipping points and the unprecedented bushfires in Australia at the time. Two summers later, Australia experienced a record-breaking flood, a devastating cyclone, a major heatwave and unlikely bushfires; all in different regions and almost all at the same time. Coincidence? Regardless, why do much of the Australian public and media, and the leadership of the opposition Liberal-National coalition refuse to acknowledge what climate scientists have been saying for quite some time?

The climate change deniers in Australia take their cue from the Republicans and its Tea-Party spin-off in the United States (US). In March 2011, an Our World 2.0 article by Australian academic Clive Hamilton attracted a coordinated barrage of response from people who believe anthropogenic climate change is a left-wing/UN conspiracy to bring down the power of the US.  Well before the current Republican presidential nomination race began heating up, so to speak, the article identified several Party heavyweights and media organisations that orchestrate very personal campaigns against scientists.

At what point do we consider a collection of exceptional weather events to be more than just a coincidence?

Then, as recently as July 2011, we wrote about how the next US president (whoever he or she may be) is playing their “climate change card” politically. One thing we did not see coming was that a new contender, Texas Governor Rick Perry, would enter the race just after we published, brandishing an even sharper perspective.

Grist quotes Perry saying that climate change is “all one contrived phony mess that is falling apart under its own weight”. It’s hard to believe then that Texas is experiencing the worst ever drought in its history.

One disaster unforeseen by anyone was of course Japan’s triple disaster — earthquake, tsunami and nuclear meltdown — which continues today as the countryside surrounding the damaged nuclear plant remains uninhabited. By chance, Our World 2.0 ran a popular “Nuclear Week” series just a month prior to this tragedy. We looked at whether or not Japan’s planned nuclear power expansion (pre-Fukushima of course) could save Japan from peak oil.

While nobody identified the risk of siting nuclear reactors in earthquake/tsunami-prone zones specifically, the general atmosphere of our well-attended Debate 2.0 on the merits of nuclear was one of caution. Typically in such conversations, people tend to be saying that it is “better to be safe than sorry”, even if they know the likelihood of a Chernobyl-style calamity is small.

Too soon to tell

Speaking of caution, of course research performs a function not only to understand and analyse the past, but also to predict and help societies prepare for the future. Much of the scientific literature drawn from in our articles is, by the admission of its authors, not certain. Rather, scientists attempt to paint a probable picture of the future and compel societies to make intelligent, risk-minimizing decisions, in line with the “precautionary principle”.

Having started back in 2008, most of the forecasting contained in Our World 2.0’s 380-odd contributions to date will not yet be verifiable. Integrated human-natural systems take shape over years, decades, if not centuries. And that is the point. The challenges of climate change and biodiversity loss, to take just two, are creeping environmental changes that can often be misrepresented through the 24/7 all-encompassing information vortex that we find ourselves lost in.

With the global economy once again teetering on the edge, everyone is reminded about how, supposedly, in relation to the recession of 2008, “nobody saw it coming”. That of course, is not true. Nouriel Roubini (also known as “Dr. Doom”) and others are acknowledged as having foreseen the “Great Recession”, and in detail.

The questions to ask in relation to any prediction are who exactly are making them and what are their vested interests in making such forecasts. Furthermore, we need to be conscious of what the quality of the research is behind forecasts — where has it been published, who is publishing it and has it been peer reviewed?

With a great body of scientific knowledge now accessible through the Internet on reputable websites like Yale Environment 360, Nature Magazine and others (including, hopefully, our own), there is no reason to say “nobody saw it coming”.

So which of the predictions and forecasts made on Our World 2.0 will turn out to be accurate? Will the world really plug into wind energy? Will GM crops really be the key to human survival? Will renewable hydrogen underpin a new civilization?

The simple answer is that, in most cases, it is too early to tell.

But it is never too early to read and take heed. These challenges will not go away, even if we find it hard to (or don’t want to) believe some of the predictions made today.

Don’t Say We Didn’t Tell You: Our World 2.0 Predictions by Mark Notaras is licensed under a Creative Commons Attribution-NonCommercial-ShareAlike 3.0 Unported License.