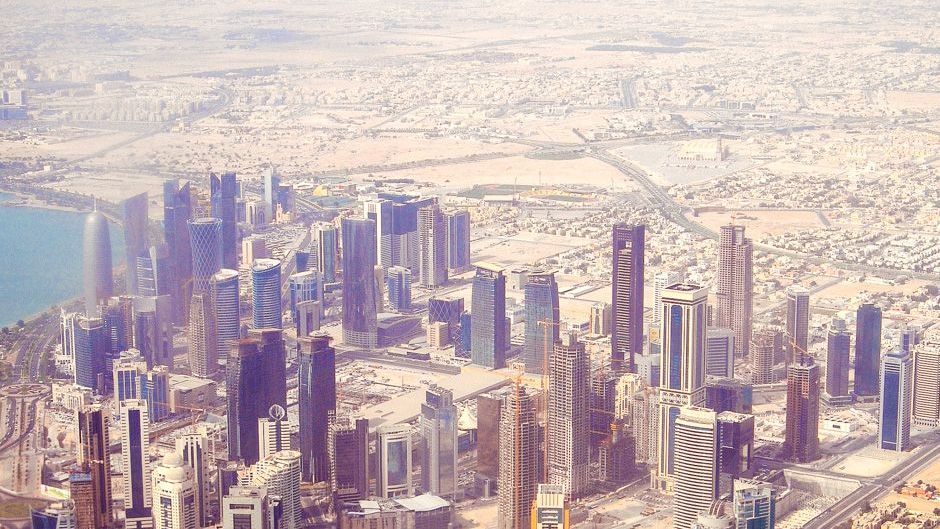 Later this month, the 18th Conference of the Parties will be held in Doha, Qatar. Like its previous 17 editions, COP 18 will see parties to the United Nations Framework Convention on Climate Change meeting to assess international progress in mitigating and adapting to the effects of anthropogenic climate change.

At COP 3 held in Kyoto, Japan, the eponymous Protocol was formalized. The Kyoto Protocol placed legally binding emissions limits on industrialized countries and countries of the former Soviet Union to reduce emissions to, on average, seven percent below the 1990 level by 2012. The United States refused to ratify the Protocol during the Clinton administration and President Bush explicitly rejected the Protocol. The Kyoto Protocol’s commitments start winding down at the end of 2012, necessitating a replacement.

The Doha talks provide little hope for cheer. The approach towards the post-Kyoto climate regime suffers from the same flaws that gave the United States no reason to ratify Kyoto. US participation is critical. While the acceptance of legally binding limits by China and India would no doubt enhance the effectiveness of any future climate regime, the United States’ non-compliance would render it largely ineffective. Also, the latter’s refusal would almost certainly deny China and India any incentives to sign on themselves.

In his paper comparing Kyoto’s troubles with the Montreal Protocol — perhaps the one example of successful international environmental diplomacy — Cass Sunstein (then Professor of Law at the University of Chicago) argued that America was simply not persuaded by the cost-benefit analysis with Kyoto. Contrary to lay assertions, Sunstein argues that rejecting Kyoto was not a classic prisoner’s dilemma where the United States was turned off by the prospect of non-entry and non-compliance by China and India. In the context of a self-interested cost-benefit calculation, “compliance with the Kyoto Protocol was not justified even if such compliance was both sufficient and necessary to ensure all parties complied.” Citing figures from Warming the World: Economic Models of Global Warming by William Nordhaus and Joseph Boyer, Sunstein reveals that compliance with the protocol, even with all other parties complying, would lead to a net loss for the United States of US$ 313 billion.

The Montreal Protocol was different. The United States saw signing on as beneficial even if other nations did not comply. The Protocol sought to eliminate the emission of CFCs, compounds used in the refrigeration and aerosol industries that were responsible for putting a hole in the atmospheric Ozone layer. This layer was essential to minimizing harmful ultraviolet solar radiation from reaching the Earth’s surface. The United States would accrue substantial health care savings, from reduced skin cancer incidence, even if it unilaterally implemented a CFC ban (over 1.3 trillion 1985 US$ over the next 80 years according to the EPA).

This suggests a structural problem with the Kyoto framework. Critically, I argue that the desire to seek an all-encompassing, legally binding treaty that keeps temperature rise to within two degrees Celsius is problematic. There is little doubt that this is a good goal, but the negotiations it inspires are unproductive. Signs of future US non-cooperation are on the wall. The United States has been conspicuously absent at pre-Doha preparatory summits. Last month, 29 countries met in Bali for the Cartagena Dialogue to create consensus on demanding a legally binding treaty to replace Kyoto. The United States was absent from this group that included Norway, Denmark, Australia, Germany, France and the UK.

The European Union has released a position paper emphasizing its position that Doha should “also deliver on a second commitment period of the Kyoto Protocol starting on 1 January 2013.” No such enthusiasm is evident from Washington. You could blame the elections, but arguably the Europeans also have a bit of a mess on their hands. The battle lines, then, are being drawn along familiar contours. The United States still sees little benefit in signing onto a legally binding carbon dioxide emission treaty; the incentive structure remains the same.

The prospect of pressure to sign a global, legally binding treaty at Doha or at Bangkok the following year is also creating concern among developing countries. In late October, a group called the Like Minded Developing Countries group met in Beijing to pass a resolution emphasizing the need for them to come together around “common interests and priorities.” The LMDC group includes China, India, Bolivia, Egypt and Saudi Arabia, among others. The message from the LMDC, which is a subset of a larger grouping called the G77+China, is clear — they will vote as a bloc at Doha and they will strangle any legally binding proposal that does not adequately address their developmental concerns.

So long as the solution to the climate imbroglio is viewed as seeking a grand bargain between the developed and the developing world, an agreement is unlikely. It evokes antagonism and a sense of competitiveness not conducive to agreement.

An emphasis on bilateral and regional agreements for cooperation between rich and poor countries provides one alternative. In stark contrast to the delays in operationalizing the Green Climate Fund, created at the Copenhagen COP in 2009 but still void of any money, Norway will be paying Guyana nearly US $250 million to protect 16 million hectares of rainforest. Additional examples include the EU-China Climate Change Partnership, which has seen European funding for a coal power plant that uses Carbon Capture and Storage technology. Such agreements offer investment opportunities to wealthier parties and opportunities to develop infrastructure for the recipient countries. Consequently, they are easier to sell to domestic publics on either side. Proponents of the grand bargain contend that these engagements might not be adequate to cap temperatures at bearable levels. However, they provide a plausible route to increasing international engagement. The proposals of these sceptics, on the other hand, are just hot air.

This article appears with permission of the Cornell Daily Sun.

Junior in the College of Arts and SciencesCornell University

Kirat Singh is a Junior in the College of Arts and Sciences at Cornell University in Ithaca, New York. He is pursuing a double major in Economics and Government. He is the Vice President of Cornell’s Debate team and writes a bi-weekly column for the Cornell Daily Sun. He hopes to someday be an environmental lawyer.