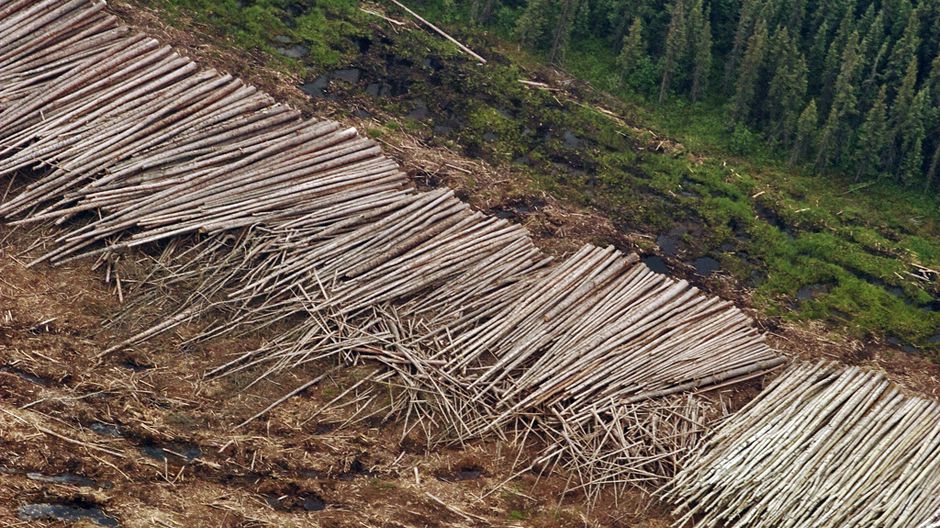 Many consider forests as the ‘lungs’ of the planet — the idea that trees and other plants take up carbon and produce oxygen (the carbon and oxygen cycles). If we are to be fair though, the oceans store about 93% of the Earth’s carbon pool (excluding the lithosphere and fossil fuels) and oceanic phytoplankton produces between 50 and 80% of the oxygen in the atmosphere. For comparison, the terrestrial biosphere — including forests — stores only about 5% of the Earth’s carbon and produces most of the remainder of atmospheric oxygen.

So, there’s no denying that the biggest player in these cycles is the ocean, but that’s not the topic of today’s post. Instead, I’m going to focus on the terrestrial biosphere and in particular, the carbon storage and flux of forests.

Now it’s pretty well established that tropical forests are major players in the terrestrial carbon cycle, with the most accepted estimates of about 55% the terrestrial carbon stock stored therein. The extensive boreal forest, covering most of the northern half of North America, most of Scandinavia and a huge chunk of Russia, comes in globally at about 33%, and temperate forests store most of the remainder.

That is, until now.

A niggly issue with estimating global carbon stocks in forests is that quite a bit of it is stored underground. In tropical forests at least (not including the few peatland forests), most (> 50%) of the carbon resides in the living biomass above the soil; however, in boreal forests where peatlands are extensive, 95% of the carbon is found below ground in the peat and soils. While most of this subsurface carbon is found in the top layers of the soil and peat, if you don’t dig down deep enough, you might miss an important component of the total carbon stock.

So, previous estimates generally neglected anything below 3 m in the soil. Our new paper in Global and Planetary Change attempts to address this issue by compiling to date the most comprehensive database of total and regional carbon density and stock estimates across the entire boreal zone. We trawled a huge number of papers and standardised all density and stock estimates so that we could estimate a carbon storage range. What we found was rather surprising.

Given that pesky sub-surface problem, we found that that total boreal carbon store is at least equal, and possibly vastly exceeds the total carbon in all tropical forests. Yes, you read that correctly. Even with the admittedly high uncertainty and the lack of estimates below 3 m, our median value exceeded previous values for the boreal by nearly 4 times, and even our lowest estimate is about on par with the totality of tropical forest stores.

In other words, if the world’s first lung is represented by all of the tropical forests combined, the second (and perhaps larger) lung is definitely the boreal forest.

Of course, we’re wiping out tropical forests faster than we can grow them, so the boreal takes on an even more important carbon-storage role in that light. But the boreal forest is no longer immune to human destruction — we pointed out several years ago just how threatened the boreal zone has become, with increasing logging, fragmentation, road building, fires and insect outbreaks. Some of these disturbances are enhanced by climate change, and the boreal forests (especially in Russia) are experiencing some of the highest rates of warming in the world.

We also investigated how the carbon flux had changed in the boreal forest over the last half century or so, and there is tantalising (although highly uncertain) evidence that the forest is, or is about to, turn into a net source of carbon.

The boreal forest has been expanding on average since the onset of the Holocene about 20,000 years ago (end of the last ice age), so it has been a net carbon sink for most of its recent history. However, that expansion has more or less stopped, and the additional stresses exacerbated by global warming appear to indicate that the boreal forest is more or less neutral or worse, a net source. Bugger — if things weren’t bad enough already.

From a biodiversity perspective, no one — especially us — is claiming that the boreal zone harbours anything near to what the tropical forests contain — the latter are the clear winners there. But given this newly emphasised carbon role, and the (relative only) intactness and remoteness of the boreal zone, we now have a much better incentive to protect and manage sustainably this precious natural resource.

Let’s not neglect the boreal forest any longer.

Earth’s Second Lung Has Emphysema by Corey J. Bradshaw is licensed under a Creative Commons Attribution-NonCommercial-NoDerivatives 4.0 International License.
Permissions beyond the scope of this license may be available at Conservation Bytes.