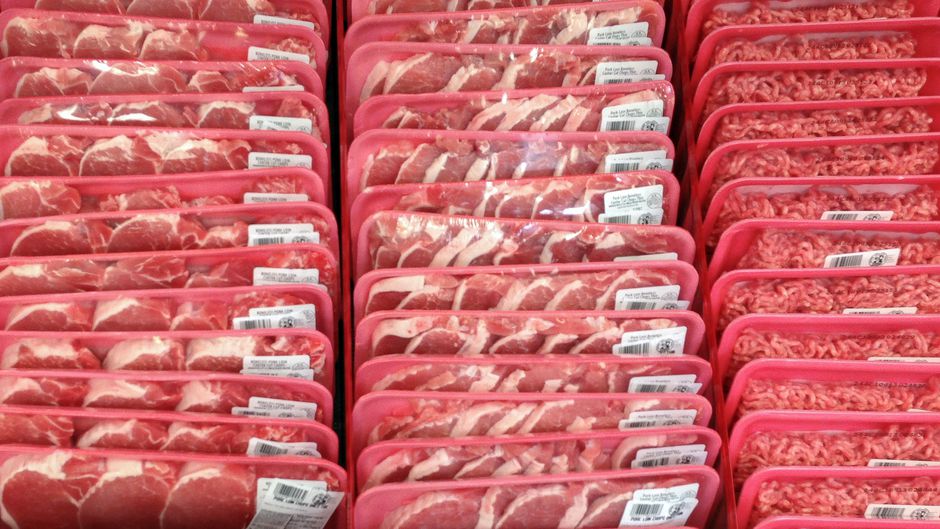 Curbing the world’s huge and increasing appetite for meat is essential to avoid devastating climate change, according to a new report. But governments and green campaigners are doing nothing to tackle the issue due to fears of a consumer backlash, warns the analysis from the thinktank Chatham House.

The global livestock industry produces more greenhouse gas emissions than all cars, planes, trains and ships combined, but a worldwide survey by Ipsos MORI in the report finds twice as many people think transport is the bigger contributor to global warming.

“Preventing catastrophic warming is dependent on tackling meat and dairy consumption, but the world is doing very little,” said Rob Bailey, the report’s lead author. “A lot is being done on deforestation and transport, but there is a huge gap on the livestock sector. There is a deep reluctance to engage because of the received wisdom that it is not the place of governments or civil society to intrude into people’s lives and tell them what to eat.”

The recent landmark report from the Intergovernmental Panel on Climate Change found that dietary change can “substantially lower” emissions but there is no UN plan to achieve that.

Past calls to cut meat eating by high-profile figures, from the chief of the UN’s climate science panel to the economist Lord Stern, have been both rare and controversial. Other scientists have proposed a meat tax to curb consumption, but the report concludes that keeping meat eating to levels recommended by health authorities would not only lower emissions but also reduce heart disease and cancer. “The research does not show everyone has to be a vegetarian to limit warming to 2C, the stated objective of the world’s governments,” said Bailey. 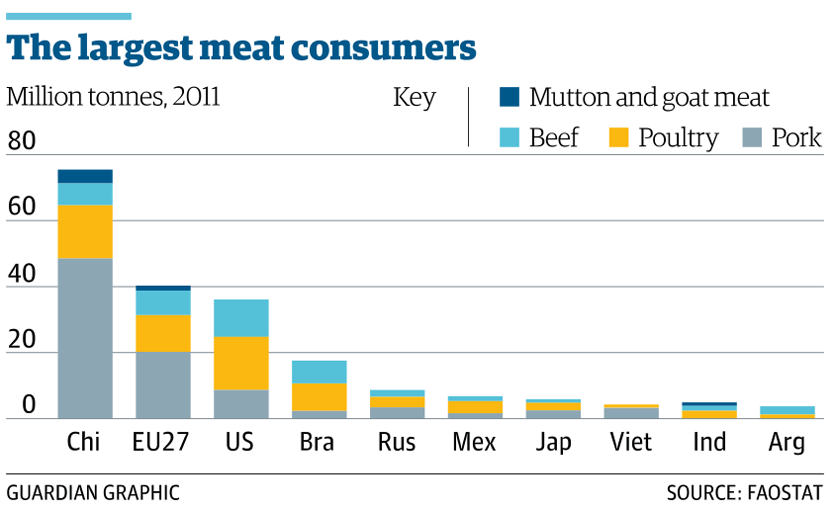 The report builds on recent scientific studies that show that soaring meat demand in China and elsewhere could tip the world’s climate into chaos. Emissions from livestock, largely from burping cows and sheep and their manure, currently make up almost 15% of global emissions. Beef and dairy alone make up 65% of all livestock emissions.

Appetite for meat is rocketing as the global population swells and becomes more able to afford meat. Meat consumption is on track to rise 75% by 2050, and dairy 65%, compared with 40% for cereals. By 2020, China alone is expected to be eating 20m tonnes more of meat and dairy a year.

Two recent peer-reviewed studies calculated that, without severe cuts in this trend, agricultural emissions will take up the entire world’s carbon budget by 2050, with livestock a major contributor. This would mean every other sector, including energy, industry and transport, would have to be zero carbon, which is described as “impossible”. The Chatham House report concludes: “Dietary change is essential if global warming is not to exceed 2°C.” 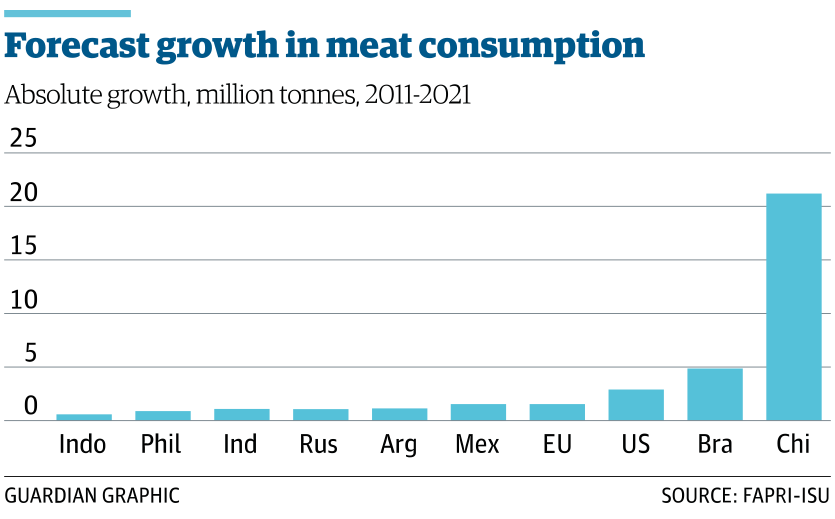 The consumer survey in the report, covering 12 nations including the US, China, India, Brazil and the EU bloc, found a link between the awareness of climate change and its impacts and the willingness to change behaviour. Acceptance that human activities cause climate change was significantly higher in China, India and Brazil than in the US, UK and Japan.

The good news, said Bailey, was that “the majority of future demand appears to be in the countries [like China and Brazil] that are the most receptive to change”. He said it was “pretty disappointing” that in developed countries, where meat and dairy eating is highest, awareness of livestock’s impact on the climate is low and willingness to change is low. 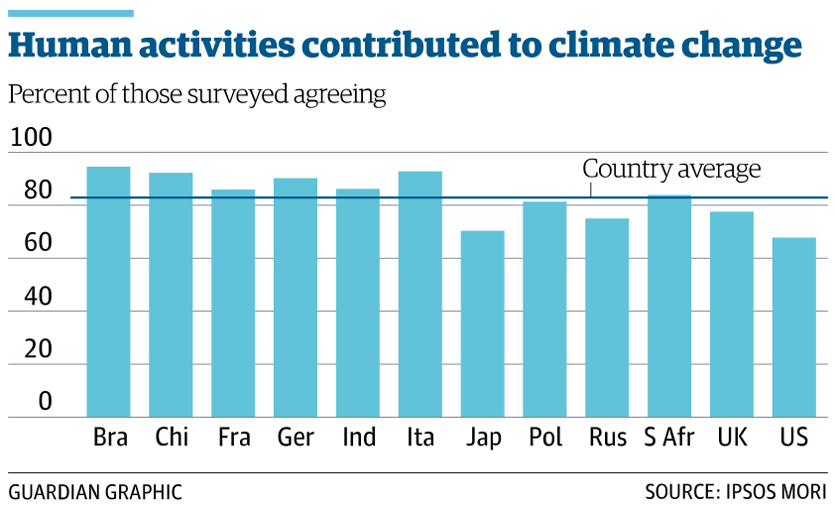 Brigitte Alarcon, sustainable food policy officer at WWF said: “Our LiveWell project has shown we can cut a quarter of our climate emissions from the European food supply chain by eating more pulses, fruit and vegetables and by reducing our meat consumption. National governments should improve food education to encourage healthy eating habits and environmental sustainability as a first step.”

A spokesman for the UK government said: “Greenhouse gas emissions from the UK agricultural industry have fallen by more than 20% since 1990. While food choices can have an impact on emissions, well managed livestock also provide many environmental benefits including supporting biodiversity.”

A separate survey by the Eating Better alliance, also published on Wednesday, shows that UK consumers are beginning to eat less meat. The YouGov poll found 20% saying they have cut the amount of meat they eat over the last year, with only 5% say they are eating more.

Prof Keith Richards, at the University of Cambridge and one of the researchers behind the two key scientific studies, said: “This is not a radical vegetarian argument; it is an argument about eating meat in sensible amounts as part of healthy, balanced diets.”