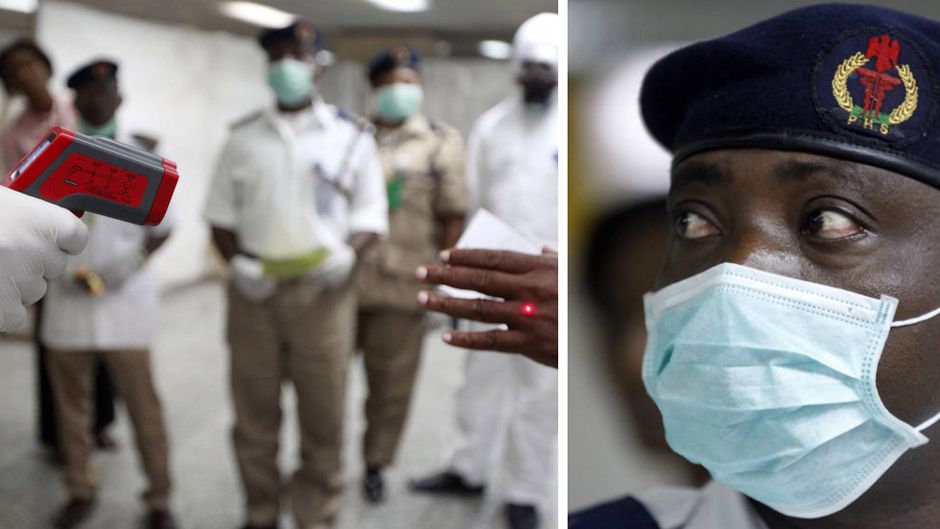 While Ebola treatment and containment efforts are gradually gaining pace in Sierra Leone and Liberia, there are still far too few health workers, contact tracers and community monitors on the ground to keep up with the disease’s spread, particularly in urban areas, say Health Ministry staff and aid workers.

“It’s hard for us to cut transmission rates,” Liberia’s Assistant Health Minister Tolbert Nyensuah told IRIN. “Most of the hospitals in Monrovia are still not fully operational. More community surveillance is needed. We don’t have it right yet.”

Médecins Sans Frontières (MSF) emergency coordinator in Liberia, Lindis Hurum, described the situation in Monrovia, as “catastrophic” with reports of at least 40 health workers infected, most of the city’s hospitals closed and reports of dead bodies lying in streets and houses.

Monrovia is densely populated, with poor water and sanitation conditions. This urban challenge is “completely unprecedented”, said Nyensuah. “Even for MSF [which has been managing Ebola cases in Lofa County on the Guinea border] it’s the first time they are dealing with it [Ebola] in urban and semi-urban areas. This requires new approaches, new protocols on how to save lives.”

Between 7 and 9 August a further 45 new Ebola cases were reported in Liberia, bringing the total to 599. Sierra Leone has borne the brunt of cases with 730, while Guinea has 506 cases. Out of a total of 1,848 cases, some 1,013 people have died according to the World Health Organization (WHO).

The health infrastructure in Sierra Leone and Liberia is among the world’s weakest, with inadequate equipment, crumbling facilities and far too few doctors: some 250 to cover Liberia’s entire population, according to Stephen Kennedy at the Liberia Post-Graduate Medical College, while Sierra Leone has one doctor for every 33,000 citizens, according to one WHO estimate.

In the last month at least 60 health workers in Sierra Leone and Liberia have died, according to reports.

What needs to be scaled up?

“In concrete terms, all of the following need to be radically scaled up: medical care, training of health staff, infection control, contact tracing, epidemiological surveillance, alert and referral systems, community mobilization and education,” said MSF in an 8 August statement. “MSF currently has 66 international and 610 national staff responding to the crisis in the three affected countries. All our Ebola experts are mobilized. We simply cannot do more.”

Diagnostics also need to be improved, stressed WHO in an 11 August statement, particularly given that early symptoms of Ebola mimic those of other diseases such as malaria, typhoid fever and Lassa fever.

Treatment facilities are overflowing and some of them are turning away patients, WHO said. “Many facilities lack reliable supplies of electricity and running water. Aid organizations, including MSF, which has provided the mainstay of clinical care, are exhausted.” 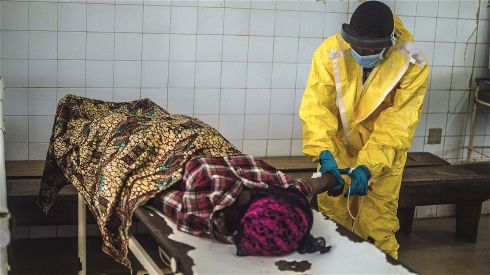 Sierra Leone Health Ministry spokesperson Yahya Tunis, who confirmed the shortages on all fronts, said one of the problems was that Guinea, Sierra Leone and Liberia are all simultaneously “clamouring for all the support we can get”. Health workers worry that the biggest killers in these countries — diarrhoeal disease, malaria and respiratory infections which kill over 1,000 people, most of them children, in Sierra Leone each month alone — risk going untreated as doctors are so over-stretched by Ebola.

Things are improving slowly in Liberia and Sierra Leone, said Health Ministry staff in the two countries. The International Federation of the Red Cross and Red Crescent Societies (IFRC) is setting up a mobile hospital in Kenema in central-eastern Sierra Leone, with 26 health workers and support staff, to support the struggling government-run Kenema hospital, though the IFRC’s Ebola response team leader, Zakari Issa, said they faced considerable logistics challenges, with restricted flights slowing down staff deployments.

The situation in Liberia is also getting a bit better, said Minister Nyensuah, with the 11 August arrival of Ebola treatment equipment, more personnel from the Center for Disease Control, and most significantly, an agreement with MSF that they will set up and run a hospital in Monrovia to treat Ebola.

In addition, an unknown quantity of an experimental drug which may be used to help reduce the Ebola death rate or to help protect health workers is expected to arrive in Liberia later this week.

Cutting transmission rates in urban areas like Monrovia “is more worrying” because of population density, said MSF spokesperson Julie Damond in Dakar, but if the proper protocols are followed, “it should not be more challenging,” she said. These protocols involve isolating suspected cases and contact tracing — medical monitoring of everyone who has been in contact with a confirmed case over the previous three weeks.

Health experts from the CDC, the Ministry of Health, MSF and others are currently finalizing an urban Ebola response protocol.

Health Ministries in Sierra Leone, Liberia and Guinea are putting more pressure on the US government, CDC, WHO and World Bank to step up their help. Sierra Leone reportedly estimates it has US$7 million of the $25 million it needs to fight Ebola, while Liberia has about $6 million of the $21 million required.