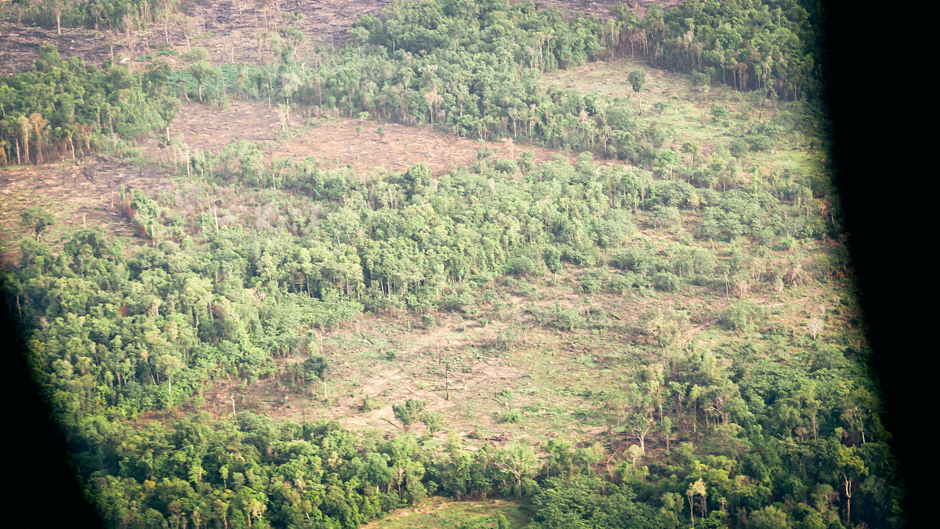 Large-scale plantations have resulted in Cambodia exhibiting one of the world’s highest rates of deforestation. This deforestation was perhaps the inevitable outcome of the rapaciously wasteful logging operations that occurred during the 1990s as the countryside was integrated into the global economy after decades of civil war and sanction-induced isolation. The major driver of forest policy during the 1990s, and now, concerns elites who deploy the state to manage and exploit Cambodia’s natural resources.

As prices for luxury timber rose, driven by mainland Chinese demand, remaining forest areas were systematically combed for these prized trees, with associates of key government officials managing these mafia-like operations. Compounding land clearance for plantation schemes, rapid population growth — and especially the recent impact of large-scale infrastructure schemes such as roads, mines and hydropower dams — have doomed some of the remaining intact forest areas.

What is now being done to rectify these disastrous policies? In the face of this relentless, tragic loss of Cambodia’s cultural and natural heritage, approximately one million hectares of additional forests were designated for protection in an April 2016 sub-decree and transferred from the management responsibility of the Ministry of Agriculture, Forestry, and Fisheries to the Ministry of Environment (MOE). A new sub-decree establishing Biodiversity Corridors of 1.5 million hectares, including some of these transferred areas, was subsequently issued in January 2017.

The mandate for forest protection should now, in theory, be more robust with the shift of this responsibility to the MOE, now led by Say Samal. An Australia-Singapore educated ‘princeling’, with a doctorate in science from Monash University, he has given conservationists hope of being able to effectively combine technical competence and political clout in the pursuit of environmental sustainability.

Cambodia is a country ripe with possibilities for putting local and global forest protection ambitions into practice.

But the deeper structures of Cambodia’s political regime limit the possibilities for rational policymaking by even the most effective minister. Economic power is highly concentrated among some of the families of the ruling elite. In addition, constituencies from within the military and ruling party compete for a cut of the spoils. The rise of social media as a platform for the spread of news, videos, photos and community chatter is a wild card in this context. Social media has substantially enhanced transparency concerning the government’s conduct but ironically may make rational policymaking more difficult by tending to award expressions of populism.

Beyond the clientelism and patronage that paralyse effective action at lower levels of the state bureaucracy, the major challenge for forest policy concerns how to insulate forests from the degradation and conversion related to population growth and regional economic integration. Meeting this challenge will involve finding a way to grant primacy over forests to those social groups living in and around forest areas that have a cultural and economic interest in preservation, even as the outlook of these same social groups rapidly change.

Resources should also be invested in ensuring these Cambodian and indigenous minority groups are supported and compensated for their indispensable, if fragile, role. One path is to build on the knowledge accumulated from the piloting of schemes aimed at reducing emissions from deforestation and forest degradation.

The main hope of conserving Cambodia’s remaining natural forests is to politically and materially support those social groups that have long lived in and around these areas. At least some of these people want to preserve the forests where they live even as they may modify and extract from these same forest areas. Local communities in favour of forest protection are undoubtedly essential local agents of the global common good. Policymakers concerned about global environmental degradation and climate change need to do much more to figure out how to support their role and acknowledge their importance.

The timely demarcation of a permanent forest estate (not a plantation estate) would help. The technology and financial resources could then be deployed to provide the people living in and around this estate with the goods and social services to lead fulfilling lives as they perform the reciprocal service of helping to protect these forests. Cambodia is a country ripe with possibilities for getting into the nitty-gritty of putting such local and global forest protection ambitions into practice.

This article originally appeared on East Asia Forum. The opinions expressed here are the author’s own; they do not necessarily reflect the views of UNU.

Elites are Threatening Cambodia’s Forests by Andrew Cock is licensed under a Creative Commons Attribution-NonCommercial-NoDerivs 3.0 Unported License. Permissions beyond the scope of this license may be available at East Asia Forum.

Andrew Cock is a research associate at the UNU Institute for the Advanced Study of Sustainability. He has held postdoctoral positions in the Centre of Southeast Asian Studies, Monash University and the Institute for Advanced Studies on Asia, University of Tokyo. Prior to joining UNU-IAS he was a visiting fellow at the Research Institute for Humanity and Nature, Kyoto.

Andrew has worked extensively on environmental issues in Southeast Asia and Australia including as forestry advisor with the NGO Forum on Cambodia (2000–2004). He is a specialist on political economy and environmental change. His research activities encompass business and politics in Southeast Asia; the political economy of sustainable development; and the emerging resource constraints engendered in the interaction between the world’s agricultural and energy systems and policies aimed at mitigating climate change.