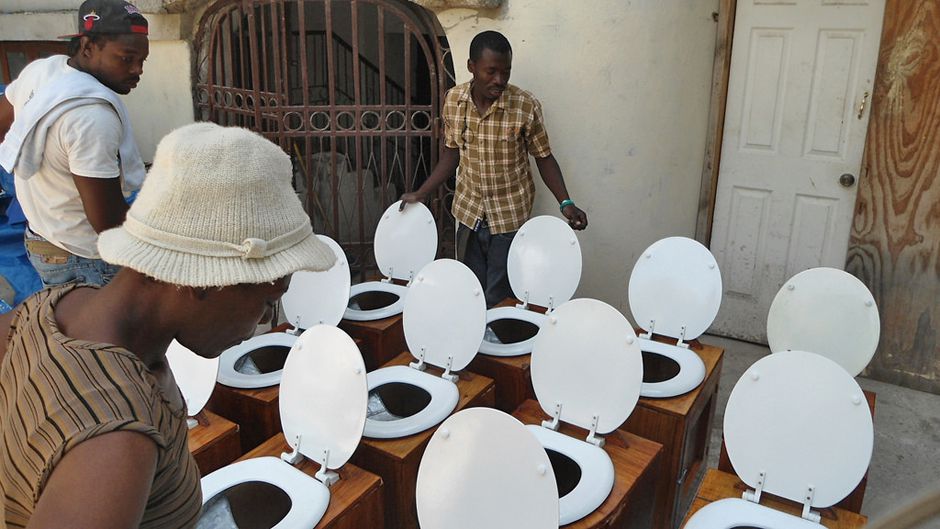 At the start of the millennium, 51% of the global population had no access to a functioning toilet; this now stands at 39%, with about 2.4 billion people still lacking access to sanitation. Thus, including water and sanitation as a stand-alone goal, instead of merely a target, highlights a real effort to address a real need. In Goal 6, sanitation figures thrice.

An important factor highlighted by its absence is “safety”. Millions of ill-conceived latrines are being built in developing countries every day, and these are going to become millions more points of contamination in the future — unless the issue of proper construction is addressed. That said, it is most laudable that the challenge of “open defecation” has been brought centre stage.

Increase in sanitation coverage does not automatically guarantee the usage or maintenance of toilets. In rural areas, where space is not a problem, moral suasion and education is needed to convince men to use toilets. Developing countries are also cluttered by thousands of fossils of abandoned toilets, which are in various states of disuse due to poor construction or maintenance. These add to visual pollution, give off bad odours, and add to contamination. Thus, to improve health status, not only does sanitation coverage have to increase, but this has to be accompanied by behavioural change. The latter includes toilet usage and toilet maintenance as well as other hygiene behaviour such as hand washing. 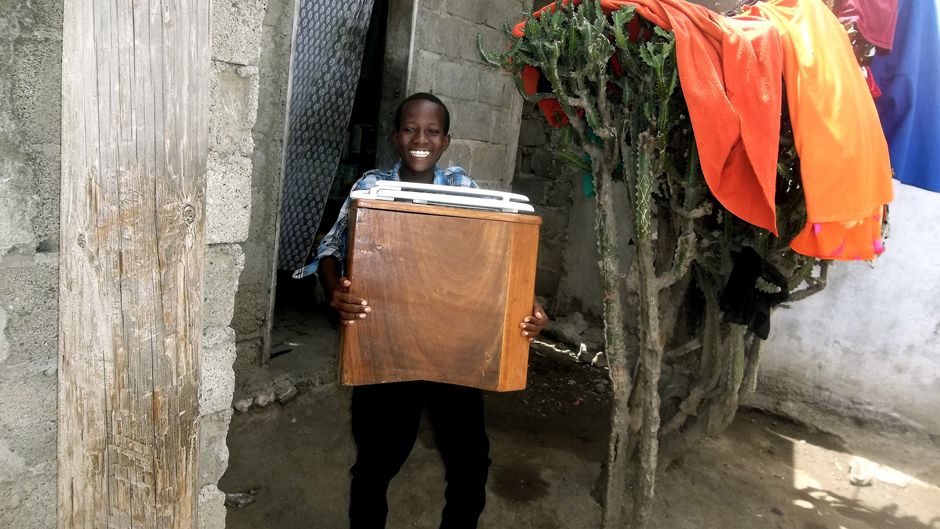 Through EkoLakay, Sustainable Organic Integrated Livelihoods’ (SOIL) household toilet social business pilot, customers pay a small monthly fee for a locally-made composting toilet in their home, which is serviced by SOIL each week. The service includes collecting full waste receptacles and replacing them with empty sanitized ones, as well as replenishing a supply of cover material (used for “flushing” a dry toilet). Photo: SuSanA Secretariat. Creative Commons BY (cropped).

Second, under goal #6, by 2030 there is to be expansion of “international cooperation and capacity-building support to developing countries in water- and sanitation-related activities and programmes”. It is not clear how this will be achieved. Over the last three decades, there has been a perceptible shift in public policies to promote sanitation coverage through multi-stakeholder platforms involving public–private partnerships. However, there is a clear knowledge gap in the necessary elements for a delivery platform: one that ensures all partners have a stake in making the social mission a success.

Third, SDG #6 also aims to “support and strengthen the participation of local communities in improving water and sanitation management”. But how, exactly, is this to be done? Based on the experiences in sanitation accumulated through the MDGs, what are the most effective management systems? How should individual governments share the responsibilities of water and sanitation infrastructure management? How should the coordination be handled between different levels (central, state, and local) as a function of the local context? Or should it be outsourced to private actors? If so, how should they be monitored and incentivised? Finally, should it simply be left to the market or local communities — with a minimal role for public authorities?

A variety of experiments are already underway worldwide. It would be worthwhile to study the outcomes of these as a function of the context and the management design.

In sum, toilets are a classic pro-poor innovation. They empower through imparting “social dignity”. Further, by improving the health status of citizens, universal sanitation coverage can also boost economic growth.

The challenge of sanitation is that it needs to be tackled from a multitude of facets. On the one hand, we need to guarantee that the toilets built are safe, usable, and non-polluting to the environment. On the other hand, we have to ensure that the toilets are being maintained and used.

It must be kept in mind that sanitation feeds into nearly all the other sustainable development goal targets, such as heath, child mortality, gender disempowerment, poor income generation facility, absenteeism from school, etc. Thus, the achievement of this seemingly simple goal could hold the key to others as well.

Ensuring access to safe water and sanitation will promote human equality and dignity. This, in turn, will drive the participation of the poor themselves to eliminate poverty.