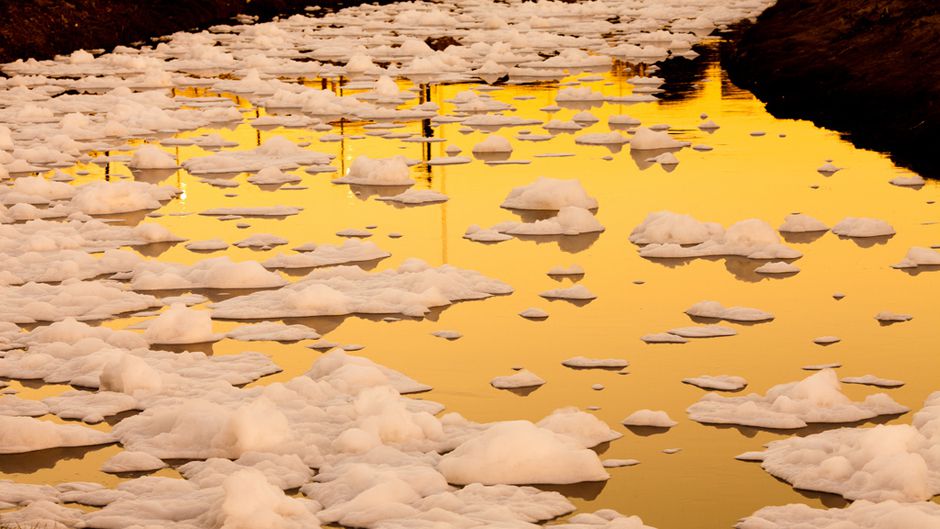 What do you know about your endocrine system? Possibly not as much as you should, seeing as how almost every organ and cell in the body is affected by it. This under-appreciated collection of glands selects and removes materials from the blood, processes them and secretes the finished chemical products, or hormones, back into the bloodstream. Hormones are what regulate growth and development, metabolism, sexual function, reproduction, sleep and mood, among other things.

Substances known as endocrine disruptors can alter the functioning of this hormonal system. Some endocrine disrupting chemicals (EDCs) occur naturally, but human-made types have become alarmingly present in our surroundings despite a paucity of research on their effects. Indeed, many of these synthetic EDCs may be having significant health implications according to the “State of the Science of Endocrine Disrupting Chemicals”, a new report by the United Nations Environment Programme (UNEP) and World Health Organization (WHO).

The 290-page report warns that all the chemicals evaluated so far may only be the tip of the iceberg:

“Close to 800 chemicals are known or suspected to be capable of interfering with hormone receptors, hormone synthesis or hormone conversion. However, only a small fraction of these chemicals have been investigated in tests capable of identifying overt endocrine effects in intact organisms.”

Synthetic chemicals can be found in pesticides, flame retardants, plastic additives, metals, electronics, personal care products and cosmetics. Human exposure to EDCs occurs via ingestion of food, dust and water, via inhalation of gases and particles in the air and through skin absorption. Air, water, soil, sediment and food are sources of EDCs for wildlife. In both wildlife and humans, a pregnant female can transfer EDCs to a developing fetus through the placenta and to offspring through mothers’ milk.

“We urgently need more research to obtain a fuller picture of the health and environment impacts of endocrine disruptors,” urges Dr. Maria Neira, WHO’s Director for Public Health and Environment.

This report is a follow-up to one put out by a joint programme of WHO, UNEP and the International Labour Organization in 2002 entitled “Global Assessment of the State-of-the-Science of Endocrine Disruptors”.

Knowledge was even fuzzier back then, with that report concluding:

“Although it is clear that certain environmental chemicals can interfere with normal hormonal processes, there is weak evidence that human health has been adversely affected by exposure to endocrine-active chemicals. However, there is sufficient evidence to conclude that adverse endocrine-mediated effects have occurred in some wildlife species. Laboratory studies support these conclusions.”

However, in the ensuing decade, the current report states that “a great deal of research has provided new information about the mechanisms by which environmental chemicals can interfere with hormone actions, the degree to which our environment is contaminated with such chemicals, and the relationship between chemical exposures and health outcomes in humans and in wildlife”.

Indeed, the study’s “Summary for Decision-Makers” points to “emerging evidence for adverse reproductive outcomes (infertility, cancers, malformations) from exposure to EDCs, and there is also mounting evidence for effects of these chemicals on thyroid function, brain function, obesity and metabolism, and insulin and glucose homeostasis”.

And while the report acknowledges that other non-genetic factors, including nutrition, age of mother, viral diseases and chemical exposures are also at play (and difficult to identify) in the rise in endocrine diseases and disorders, the “speed with which the increases in disease incidence have occurred in recent decades rules out genetic factors as the sole plausible explanation”.

The other strand of evidence that makes this issue urgent is EDCs’ potential role in the worldwide loss of species or reduced population numbers of amphibians, mammals, birds, reptiles, freshwater and marine fishes and invertebrates.

“An increasing number of chemicals to which wildlife are exposed have been shown to interfere with the hormonal and immune systems of wildlife species. Most of these chemicals are not monitored in ecosystems. Exposed wildlife populations are often not monitored either.

“Experimental animal studies have shown that many chemicals can interfere with the development and function of endocrine systems, leading to effects on behaviour, fecundity, growth, survival and disease resistance. This increases the probability that exposure to EDCs could lead to population-level effects in wildlife.”

Meanwhile, the report notes, “bans and restrictions on the use of EDCs have been associated with the recovery of wildlife populations and a reduction in health problems”.

Science is starting to understand that many non-communicable diseases have their origin during development and that environmental factors interact with our genetic background to increase susceptibility to a variety of diseases and disorders.

“EDCs have the capacity to interfere with tissue and organ development and function, and therefore they may alter susceptibility to different types of diseases throughout life. This is a global threat that needs to be resolved,” the report authors urge.

“The latest science shows that communities across the globe are being exposed to EDCs, and their associated risks. WHO will work with partners to establish research priorities to investigate links to EDCs and human health impacts in order to mitigate the risks. We all have a responsibility to protect future generations,” said WHO’s Dr. Neira.

The study makes a number of recommendations to improve global knowledge of EDCs, reduce potential disease risks, and cut related costs. These include:

“Research has made great strides in the last ten years showing endocrine disruption to be far more extensive and complicated than realized a decade ago,” said Professor Åke Bergman of Stockholm University and Chief Editor of the report.

“As science continues to advance, it is time for both management of endocrine disrupting chemicals and further research on exposure and effects of these chemicals in wildlife and humans.”