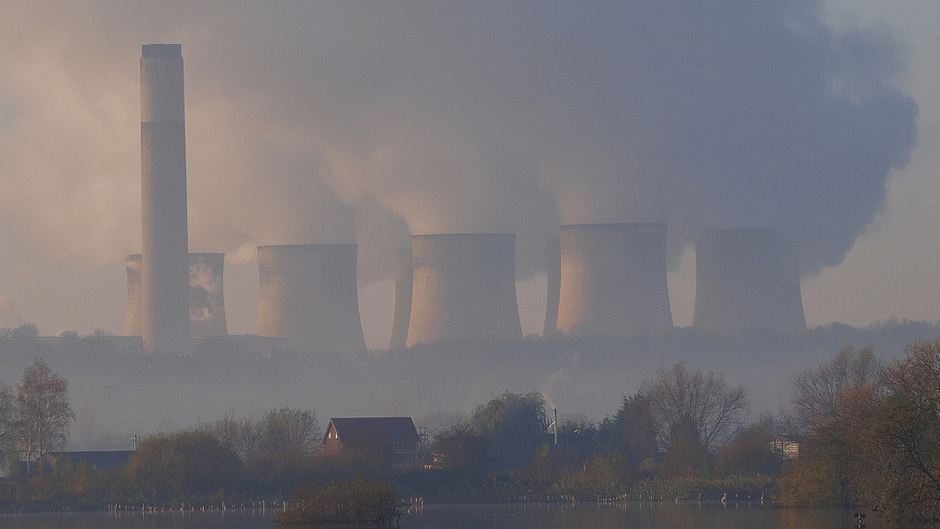 It may come as a shock, as governments ponder how to tackle climate change, to learn that the world is moving rapidly in the wrong direction.

But BP, one of the world’s six biggest oil and gas companies, says it thinks that, on present trends, emissions of CO2 will be 25% greater within two decades than they are today.

The prediction is published in BP’s Energy Outlook 2035.

“This edition updates our view of the likely path of global energy markets to 2035,” the company explains. “We make assumptions on changes in policy, technology and the economy, based on extensive internal and external consultations, using a range of analytical tools to build a single ‘most likely’ view.

“The Outlook highlights the continuous change in the energy system — the changing fuel mix, the changing patterns of trade — as it adapts to meet the world’s growing energy needs. It also highlights the challenge of delivering energy supplies which are sustainable, secure and affordable. The Outlook emphasizes the role of competition and market forces in driving technology and innovation to help us meet that challenge.”

Some of the company’s other projections are hardly less startling. It thinks, for instance, that global energy consumption will be 37% greater by 2035 than it is today, with more than half the growth coming from India and China, and virtually all of it from countries that are not members of the OECD — the 34-member group of highly developed countries.

The lower the energy intensity is, the less it costs to convert energy into wealth. Even so, global energy use per person is projected to increase by 12%, as growing numbers of people demand higher living standards.

Renewables are expected to grow faster than any other energy source, by 6.3% annually. Nuclear power, at 1.8% a year, and hydro-electric power (1.7%) will grow faster than total energy use.

Among fossil fuels, natural gas is expected to grow fastest, with oil marginally ahead of coal. By 2035, China and India will together account for 60% of global demand for coal.

“The most likely path for carbon emissions, despite current government policies and intentions, does not appear sustainable.” — Bob Dudley, BP’s chief executive

In a guide to its Energy Outlook, BP (formerly British Petroleum) says it thinks fossil fuels will provide most of the world’s energy needs by 2035, meeting two-thirds of the expected increase in demand by then.

But it is renewables — “unconventional fossil fuels”, and gas, which is the least polluting fossil fuel — that will provide the largest share, while coal grows more slowly than any other fuel.

This, the Outlook says, will be the consequence of slowing industrialisation in emerging Asian economies and of more stringent global environmental policies.

To that it might have added the growing pressure for investors to steer clear of putting their money into fossil fuels, for fear that they could be at risk from a robust and rigorously-enforced global agreement on cutting greenhouse gas emissions.

Bob Dudley, BP’s chief executive, writes: “The most likely path for carbon emissions, despite current government policies and intentions, does not appear sustainable.

“The projections highlight the scale of the challenge facing policy-makers at this year’s UN-led discussions in Paris. No single change or policy is likely to be sufficient on its own.

“And identifying in advance which changes are likely to be most effective is fraught with difficulty. This underpins the importance of policy-makers taking steps that lead to a global price for carbon, which provides the right incentives for everyone to play their part.”

There are already signs that senior officials involved in the UN negotiations recognise the need to dampen expectations surrounding December’s talks in Paris.

The executive secretary of the UN Framework Convention on Climate Change, Christiana Figueres, said on 3 February that changing the world’s model of economic development would “not happen overnight and it will not happen at a single conference on climate change. . . It just does not occur like that. It is a process, because of the depth of the transformation.”

If BP’s Outlook proves correct, that process may be even longer and tougher than many expect.